Athlete of the Week: Russell White 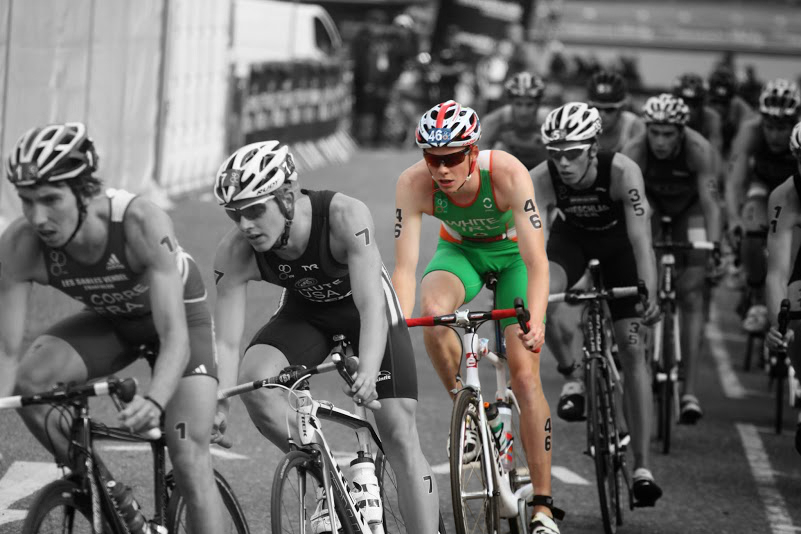 Russell White is our Athlete of the Week! Russell is an Irish triathlete who was currently selected to represent Northern Ireland in the Commonwealth Games where’s he’s looking to make the Top 10. Russell is just 22 years old, a young gun in the sport of Triathlon where most peak in their 30’s. Recently he competed in the Elite Men’s European Championships in Kitzbuehel, Austria where he finished 44th with a time of 1:58:44. Although disappointed by this result, Russell’s main focus is on the Commonwealth Games coming up at the end of next month. He has risen meteorically in the sport, and at such a young age he truly is an athlete to watch out for. Russell gave us a insight into his training, background and the struggles he faces in triathlon.

“I compete at Olympic distance triathlon; 1500m swim 40km bike 10km run, the clock starts when you dive in and finishes when you cross the run finish line. It is the only distance that is part of the Olympics.”

“There are three main levels of racing every season; Continental Cup races, World cup Races and World Series races each a higher level than the previous, with the World series determining the World Champion. Unlike other sports the World series requires you to be consistent throughout the year and not just on a one day event. I have competed at all the levels this season and am aiming to being extremely competitive at the world series in coming years as well as qualifying and competing at major games such as the Commonwealth and Olympic Games.”

“I came from a swimming background, so swimming always comes a lot easier to me than running and cycling but, the variety that cycling and running has brought is so much more enjoyable. Being able to see the countryside on training rides is much better than always staring at the black line at the bottom of the pool.”

“I train anywhere between 25 and 35 hours a week depending on the phase of training I am in. During the winter training is more aerobic and longer to get the miles in and build fitness and closer to race season the training time may reduce but the intensity will increase to build speed. I would swim everyday except Sunday, run 6 times a week and cycle everyday. On top of that I have two gym sessions and throughout the week, a bit of core work and stretching thrown in. So all in all not much time for anything other than training, eating and sleeping.”

“Stuggles since starting Triathon would have to be staying injury free on the run (coming from a swimming background impact on my lower limbs was minimal so up until this year I was hampered with injuries such as stress fractures) and torn calves which have held back my running. This is something I have worked tirelessly on and which I have got on top of this season. It was always hard to get race day nutrition right as with triathlon you need to be feuled up for the event. At the same time you can’t have too much in your stomach going onto a hard run, so a happy medium has to be found which is very unique to every individual.”

“A few interesting facts about myself; I have had 17 stitches in my face. I am accident prone but thankfully none of them that have stayed very noticeable. Once I compete at the Commonwealth games next month I will have represented Ulster/Northern Ireland in 3 sports; Triathlon, Swimming and Hockey.”

You can support Russell’s campaign here.