Athlete of the Week: Evan Hoyt

INJURY halted Evan Hoyt last year, but the Welsh 19-year-old has emerged stronger and more mature and gunning for a top 500 position in the world tennis rankings.

Hoyt, from Llanelli in South Wales, finished up his junior career ranked 53 in the world on the International Tennis Federation table. He won the Junior Davis Cup, the World Schools Championship, Tennis Wales Player of the Year (twice), and made the Wimbledon Junior Doubles semi-finals with partner Wayne Montgomery.

Doubles pro titles at Qatar and Israel kick-started his senior career in the summer of 2013 and all was rosy as he hit balls in practice with champions Rafael Nadal, Roger Federer and Marin Cilic. Had it continued in that vein he might have been targeting much more than a top 500 ranking in 2015, but thems was not the breaks for the rising star.

In February last year he sustained a partial fracture in his lower back – L5 – and was sidelined for three months. He didn’t wallow – for long.

“I read books on the mental side of tennis,” he says on his blog. “I learnt Spanish and developed a passion for cooking, perfecting a Thai curry and spaghetti bolognese. I enjoyed spending time at home and with my friends, all the things I didn’t have time for when I was training.”

To keep his fitness up with his limited mobility he used the sophisticated stationary bike, Wattbike, pilates and Bikram Yoga and by April he was back in competition at Edinburgh.

The fracture recurred before he finished the tournament, forcing him out of the event and back off court.

“All I could think was that I was the unluckiest guy ever,” he says. “I was distraught that I’d worked so hard to get back to competing, and now I was at the same place I had been three months earlier. I felt like I was dropping further behind my tennis peers, and began having huge doubts as to whether my back would ever heal.” 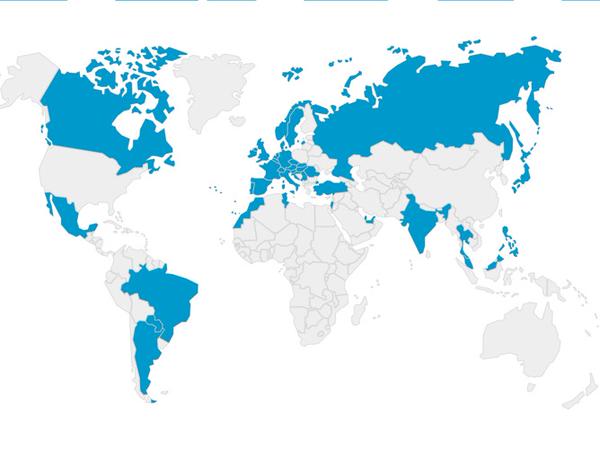 Expensive sport: Evan Hoyt has played in all of the blue highlighted countries.

AT THE core of every successful athlete is passion for their game though, so when Wimbledon came around, Hoyt was inspired again. He signed on to the Lawn Tennis Association’s reporting team and got stuck into the action, getting a huge kick when a former rival beat world number one Rafael Nadal in the fourth round of the men’s tournament.

“In Bangkok, back in 2010, one of my school mates, Jorge Wilton, took to the court for a night match against a young, out-of-shape Aussie,” Hoyt recalls. “An hour later, Jorge found himself having been chopped 6-2, 6-4; he was baffled as to how he could have lost to this unathletic kid! Three years later, I drew this guy in the first round of Junior Wimbledon. By this point he was a lot fitter and stronger. I lost in two competitive sets, 6-4, 6-3, and watched 20+ aces go past my outstretched racket.”

He continues: “Last year, I watched him dismantle Rafael Nadal on Centre Court at Wimbledon to reach the quarter-finals of his first ever men’s Wimbledon. This kid was Nick Kyrgios! Having been out of action for months and months, it gave me huge amounts of drive to see a player that I’d been competing with for several years, make dramatic improvements like this.

“It was an enlightening experience; if he could improve that much in the space of 12 months, then what’s stopping anyone else? What’s stopping me?”

By the autumn Hoyt was back on form and more focussed. He was better than before on the court and at home; his diet was improved, his cooking continued and he feeling like a tennis player again, living with his training partners.

“I’d train during the day and then watch the US Open in the evenings, with a plateful of dinner that I would prepare each night, and a cup of green tea to wash it down,” he smiles. “Watching Marin Cilic dominate the US Open was particularly amazing for me to see. Having trained numerous weeks over at Bob Brett’s Academy, I was fortunate enough to spend a lot of time on the court and in the gym with Marin.

“I spent hours and hours chasing after his jumping ground strokes and reaching to receive his kick serve. It gave me a better perspective on tennis. Getting to the top is achievable! Those top guys aren’t invincible; they’re human. They’re just extremely good at executing their games.”

Hoyt is now training at the Nottingham Tennis Academy with Davis Cup Captain Leon Smith, Mark Hilton and Leighton Alfred. Taking advice from British star Tim Henman, he wants to play a minimum of 35 tournaments in his second senior term, but each trip costs an estimated £800. He was well-supported by British Tennis in the past, but recent changes mean he does not have access to that anymore.

Hoyt is ambitious and, with his exceptional personality, a potential ambassador for British Tennis if he can get the experience he needs to improve, first into the top 500 then, one day, the top 100 and on to the ATP tour. Support him if you can here: Evan Hoyt.

One thought on “Athlete of the Week: Evan Hoyt”