Let’s remind you why you give to sports crowdfunding 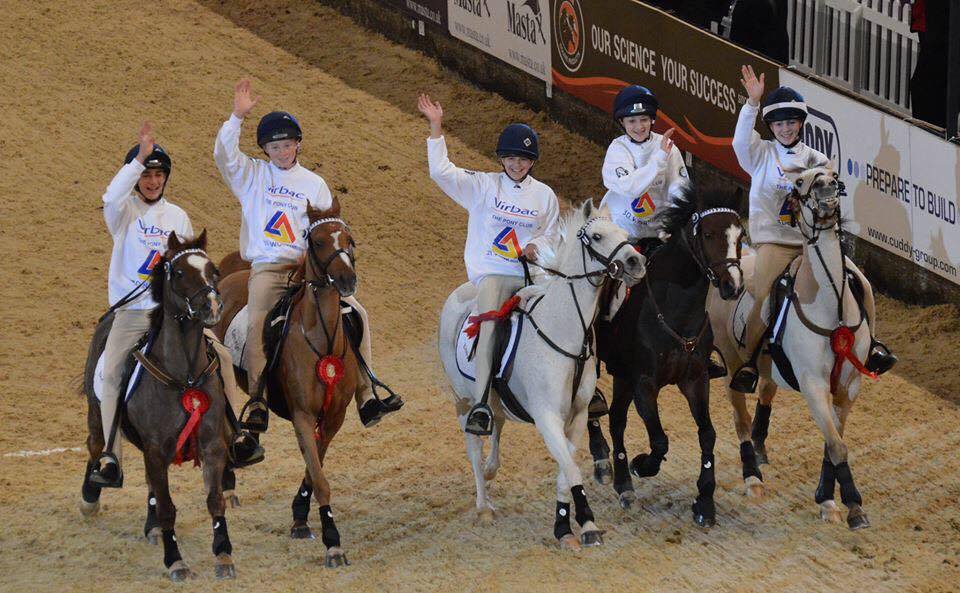 IT’S easy to forget why you gave your hard-earned cash to a Pledge Sports crowdfunding project, so every now and again we like to give you a reminder of where that support goes.

Earlier this year the Monmouthshire Pony Club Mounted Games Team joined Pledge Sports to try to raise money to cover the costs of competing at the 2015 Horse of the Year Show in Birmingham.

They had just earned their spot in the Prince Philip Cup and, as we have successfully helped many other Pony Club Mounted Games Teams get to HOYS 2015 through sports crowdfunding, we were delighted to have Monmouthshire on board. 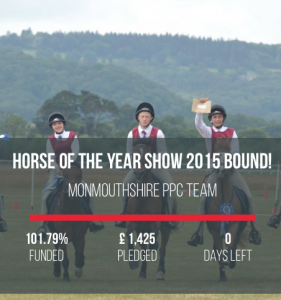 Four weeks later they had smashed their target, joining the 100% Club with £1,425 in sports funding raised, and promises to send seven supporters a picture from their time at the Horse of the Year Show.

Well, guess what? That was an incredible reward to buy from the Monmouthshire Pony Club as they went on to win the coveted Prince Philip Cup at the 2015 Horse of the Year Show in the NEC!

Those seven lucky supporters who pledged that bit extra to their HOYS 2015 bid will now get a beautiful reminder of the achievement they were part of to display proudly.

And the Monmouthshire Pony Club? They can be proud of themselves for taking control of their sports fundraising and then making it count.