BEING a country’s national team, however successful, far from guarantees funding from a national governing body – or even having a NGO at all.

In Britain alone, national teams performing in 6-Aside Football, Touch Rugby, Curling, Waterpolo and Netball receive moderate to zero funding support from the associations they are representing on a world stage.

Minority sports are funding their own national kits, travel to international tournaments, training camps, coaching, and everything in between themselves – while also all working jobs to pay those costs.

It’s a vicious circle that some national sports teams have turned to sports crowdfunding to break, none more so than the British waterpolo teams, who have suffered up to complete funding withdrawals in recent years.

Water polo funding from UK Sport was slashed by £4.5million after the London 2012 Olympic Games. It came as many of the Olympic team planned to retire, but what it didn’t take into account was the emerging stars, buoyed by Team GB Men’s first appearance in Olympic waterpolo since 1956. 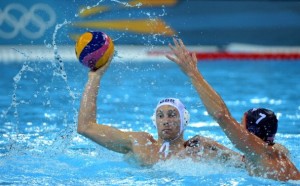 Since women’s water polo was added to the Olympic schedule at Sydney 2000, the British team had made do with just it’s female squad, but London 2012 was different and now the England Men’s U19 Water Polo team are following on.

The junior players have their best chance in 15 years of qualifying for and medalling at the European Water Polo Championships. The travel and training camp costs involved in fulfilling this promise have to be self-funded so, in the name of English water polo glory, the Men’s U19 team have launched a waterpolo funding campaign on PledgeSports.org.

Player Mark Ray said: “Due to sport funding cuts, the National water polo squads receive no funding to support the athlete’s training camps, or their travel and subsistence when competing for their country. This means that the athletes and their families are entirely responsible for all funding!

“Consequently, we face the weekly challenge of attempting to raise money, to ensure that our athletes can attend the requisite training camps, no matter what their financial situation.”

Highlighting the importance of any national sports team, Ray added: “They are a fantastic team of dedicated athletes, who have spent the last decade working towards their goal of representing their country.

“This year they have the best opportunity in 15 years to qualify for the European Championships, not only raising the profile of this fantastic sport, but inspiring future generations to even greater success.” 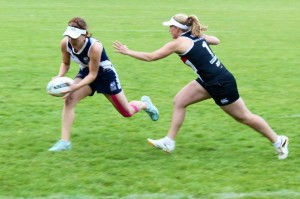 We’ve spoken at length about the success of the Scottish Women’s Touch Rugby Team, sports crowdfunding its way to the Touch Rugby World Cup last year, but since then we’ve expanded from Europe and the US into the Middle East and Africa.

That has brought about the successful Tanzania Women’s Hockey Team project – sports crowdfunding to get to Africa Olympic Qualifying – and more recently the Israel Netball and Grenada Netball campaigns to get to the INF Netball Europe Finals.

What we’re seeing is that government funding doesn’t have to be the end of the road for any national sports team. Even in minority sports like Touch Rugby, Netball, Water Polo, and even Dragon Boat Racing, their is public support for dedicated, successful sports available.

All the national teams need to do is follow the lead of the those above and take their fundraising and sponsorship campaigns online via sports crowdfunding.