Runner On Road To Rio Thanks To Crowdfunding

IT’S always heart-warming to see an athlete’s dreams come true and for the Olympic Runner that’s about to happen thanks to her sports crowdfunding campaign on PledgeSports.

She’s also the reigning 1500m National Championship, the third fastest Irish woman over that distance, and has run the qualifying time for the Rio 2016 Women’s 800m Race.

However, financial strains meant that without help from the Irish public and wider athletics community she wouldn’t be able to run that time during this summer’s 800m season when it counts.

Thanks to her sports crowdfunding campaign she is officially on the Road To Rio, and as she finished an altitude training camp this week – that the campaign facilitated – , she took to Facebook to thank her latest sponsors and supporters. 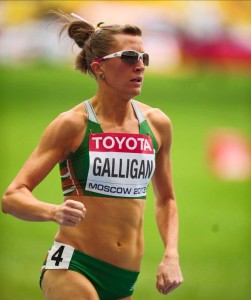 “Finished training for the day here in Albuquerque and just want to thank some more amazing people for continuing to support me on my ‪#‎RoadtoRio‬,” she said. “Big thank you Olly Laws, Peter & Romannessa Boylan, Kit McBride, Tony Smith and Patrick & Assumpta Smith for sponsoring me today.

“I’m so thankful for every little bit of support I can get as it takes so much financial pressure off me this summer so I can just deal with the stress of the track!!

“Really excited to start my 800m racing season soon.  I have 11 days left on my sponsorship page, thank you everyone for all the support, sponsorship, likes and shares x.”

We’re so thrilled to have been a part of this #SportStory and hope dearly that it makes it to the Rio 2016 Olympics this August. If you want to join Rosie Galligan’s journey, as she said, there’s still 11 days to become one of her Rio 2016 Olympics Sponsors.

Donate from as little as £10 to get a wealth of unique rewards from this superstar, including a once-in-a-lifetime meet and greet. Find her page here >> Rosie’s Road To Rio.