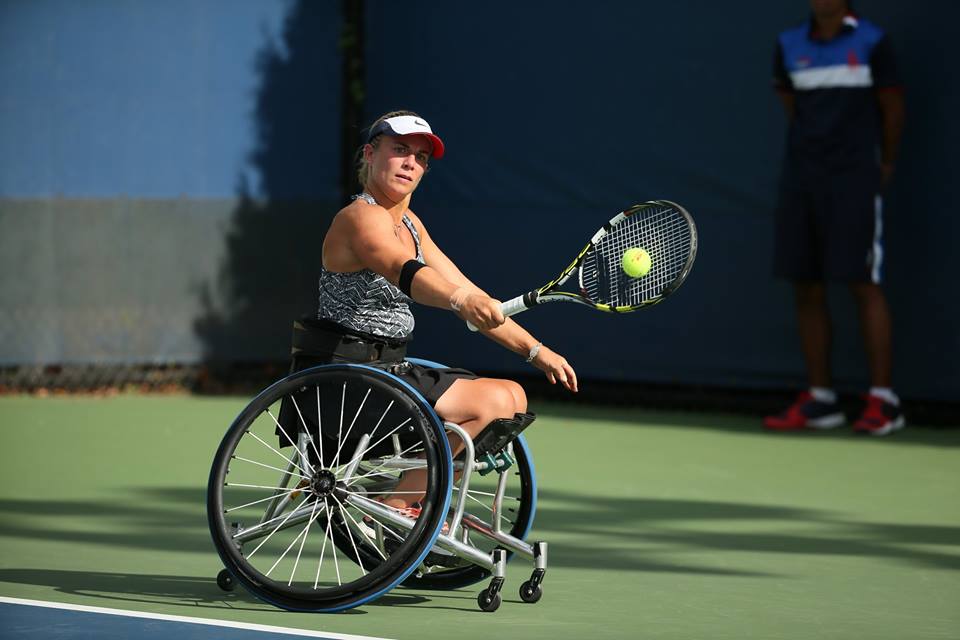 WHAT starts small, doesn’t have to end small. Small donations on our sports crowdfunding campaigns can grow into full-on commercial sponsorship. Lucy Shuker is proof.

At the turn of the year she felt she had the form and rankings to go to the Paralympics again at Rio 2016, and that she could improve on London 2012. She committed to going for Gold.

Wimbledon Debenture Holders, who she now partners with to write a regular blog, were one of the first, then Invacare, a wheelchair manufacturer, donated and the Parkside Suite at Frimley Park Hospital came on board in April.

They said: “Lucy has first-hand experience of the Parkside Suite, Frimley. With her knowledge she is able to play an active role in the development and promotion of our dedicated private units within Frimley Health NHS Foundation Trust.

“Parkside Suite will be working closely with Lucy and supporting her fully as she approaches Wimbledon and the Rio 2016 Olympic Games.”

Last week she landed perhaps her biggest sponsor though as LIFE Residential, a London-based estate agency, bought her year’s sponsorship reward worth £2,500.

LIFE Residential Director and Founder Jason Dienaar said: “Her incredible positivity, will power and commitment to succeed is a true example of one’s ability to exceed any expectations.

“Lucy is a brilliant ambassador for turning adversity into opportunity and success and she’s a true inspiration to all of us here at LIFE.”

Through her tennis crowdfunding campaign, Shuker has also linked up with the GLL Sports Foundation, a charity supporting talented athletes throughout the UK. 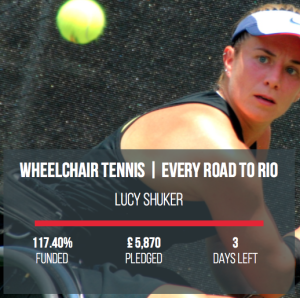 THE reason this has happened to Lucy Shuker, and not others, is because she is a successful crowdfunder.

Commercial sponsors notice successful crowdfunders by the way they run their campaigns. Running a sports crowdfunding campaign is an exercise in self-promotion that most people never experience, so through doing it well, athletes and teams learn the skills that commercial sponsors want to utilise.

They learn how to use social media as a tool, how to engage with fans, how to inspire supporters, how to build a community around them, and how to use pictures, videos, and blogs, to tell their story – a story that’s always worth telling, but often goes unheard.

Shark-spiration sets Lucy up for Roland-Garros

WITH three days until the end of her tennis crowdfunding campaign, Lucy has raised nearly £6,000 from 66 supporters and has achieved 117% of her original target.

She’s just come back from a trip to South Africa and is building towards the start of Roland-Garros, the French Open, on Monday, inspired by an encounter with a Great White Shark.

“If asked which was the greater thrill, coming face-to-face with a Great White Shark or winning a Paralympic Medal, all I would say is that the two thrills are very different – and neither came easily!” She said in her Wimbledon Debentures blog. 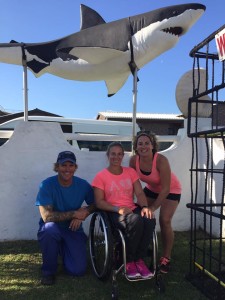 “I’m not just going to Paris to make up the numbers. I’ve never felt so confident in my game, so why shouldn’t I be able to challenge for the title itself?

She added: “Obviously you lose some traction when you’re moving a wheelchair on clay, so it won’t be easy in Paris. But the Roland Garros courts are superb, they suit my top-spin game and my drop-shots, so I’ll be ready when the time comes.

“We also have Wimbledon in July, and this year is the first year that singles is going to feature as part of the wheelchair event. In the past it has been a doubles-only event, so that is defintiely something to look forward to.”

Yes it is, and you can still support Lucy Shuker on her Road To Rio by clicking through to her project.