Couch to 3,000km: Diary Of An Ultra Marathon Beginner

Training For Ultra Marathons For Beginners

It’s The Rooney’s (almost) Couch to 3,000km: Training for Ultra Marathons For Beginners:

I think the furthest I had ever run in one go before deciding to take on the Scandinavia challenge was 16km (much to the displeasure of my kayak coaches at the time). I probably only ran about 15km a week, max.

So, despite my complete novice status as a runner, here I was; my mind firmly set on running over 3,000 km in around 77 days. All I needed to do now, was start training. How do you do start training for an ultra marathon? You run. 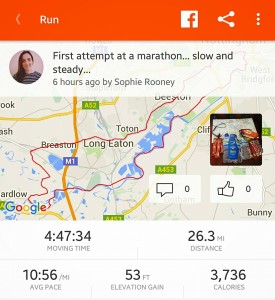 I was given a training program. The basic idea was to run, every day – with the exception of Mondays – up until my departure date for the start of Rundinavia in August.

For me this was it, a set of instructions, a few miles every day, all I had to do was follow it. Sounds easy eh?

I’m up to about 9 miles per day and have completed my first marathon too – in just under 5hrs. I think the mileage isn’t too bad, the early mornings and long evenings were part of my previous training routine for kayaking, and the intensity is now lower than what I am used to.

What I had failed to realise prior to running so many miles, however, was how many parts of your legs you have that can hurt!

Having been a swimmer and kayaker for most of my life, my legs have been neglected, with my arms doing the majority of the work. Now this has completely been changed and my legs have experienced a bit of a shock!

Since starting running there is not one part of either of my legs which hasn’t experienced some form of niggle. When you speak to other runners though, they generally just agree and say, ‘yep, everyone gets that’.

I have suddenly realised that I’ve become part of a community of mad people. Don’t get me wrong, it’s great, and I’ve met some fab people, but sometimes part of you does have to wonder! 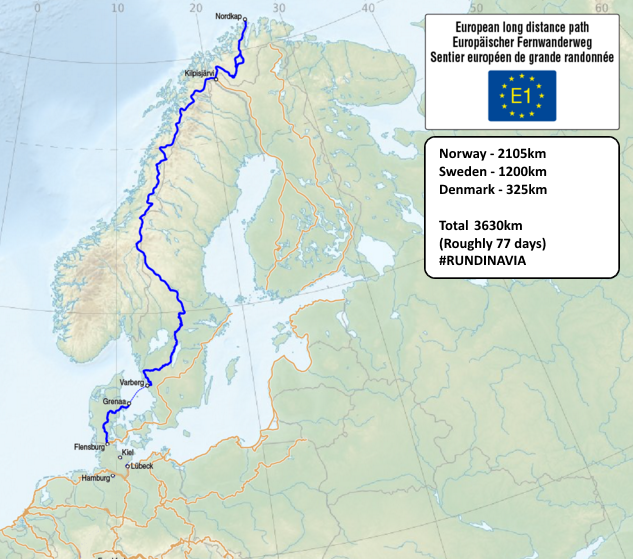 So, you may be asking yourself, why keep doing it if it is causing you so much pain?! For me, it’s because running has done so much more for me in a positive way than could be offset by a few niggles.

I’ve gone from loathing the sport to loving the sport in a matter of weeks, and it all comes down to one simple change in approach.

Prior to this ‘adventure’ (for want of a better word), I was convinced that sport was all about going fast, pushing your body and getting PB’s. Now however, I’ve come to love running for the beautiful thing it really is – just a tool for getting out and exploring!

Anyone, I really mean anyone, can get out there and do it, in their own time, for as long or as far as they want.

It’s not about keeping fit, burning calories, looking good or any of that stuff (though that’s always a welcome bonus), it’s about getting outside, in your own head space, and taking time to really appreciate what’s out there.