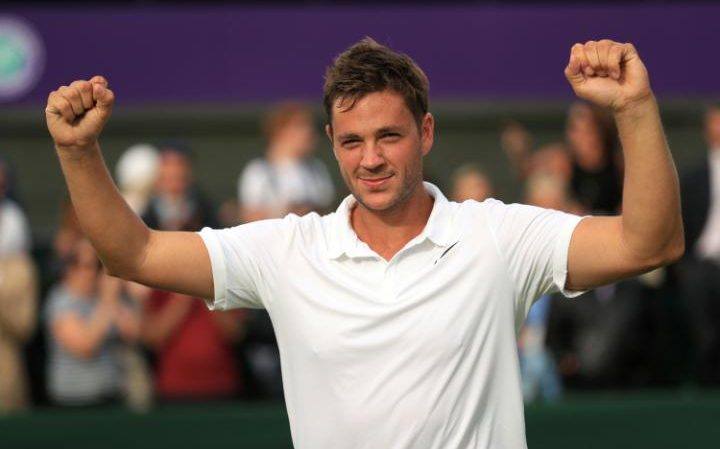 MARCUS WILLIS, who plays Roger Federer in the Wimbledon men’s main draw today, believed. You didn’t know who he was last week, but PledgeSports.org founder Richard Pearson did – that’s his job.

The past few days have been as emotional and exciting for Pearson as it has for Marcus Willis; when Willis came to PledgeSports two years ago he was struggling financially and wondering was he ever going to make it?

Nevertheless, he believed in himself and his dream: To play in the Wimbledon main draw.

As that dream comes true today for Marcus Willis, Richard Pearson has a few words to share with you about the man they now call the Wimbledon People’s Champion.

“When I first started talking to Marcus it was clear to see that he had a big personality,” he recalls. “You immediately like him – everyone likes him, even Andy Murray was a bit of a fan back then, tweeting about his PledgeSports campaign. 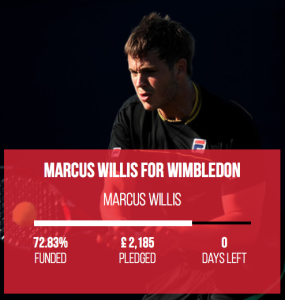 “We want to help all tennis players, and indeed every person who comes to our site, but I took a special interest in Marcus as he was clearly passionate about what he did, I suppose you could say he had the X factor,” he jokes.

“I heard he had made Wimbledon through a friend based in the US who manages some of the US and African athletes on PledgeSports and couldn’t believe it. That’s what it’s all about here at PledgeSports; helping talented sports people to get the financial assistance they need to fulfil their potential.

“You always hope everyone’s going to get there, but actually doing it is something else and I’m delighted for him. I’m also delighted at the message that this sends out to other struggling tennis players: Never give up! Believe!

“Even just a few months ago Marcus was financially struggling and not playing great, but he believed and I know that his girlfriend Jennifer had a big part to play in this.”

Pearson added: “On his PS campaign he said: ‘My ultimate dream is to play at the Wimbledon main draw’ The rest is history.

“He went through the qualifiers, played and won his first match in the main draw, and today he plays Federer on Centre court.

“Hopefully, he will also inspire the 1000’s of struggling professional tennis players out there who are unsure of their ability and future.”