Sponsor Athletes, Not Officials – Use Crowdfunding 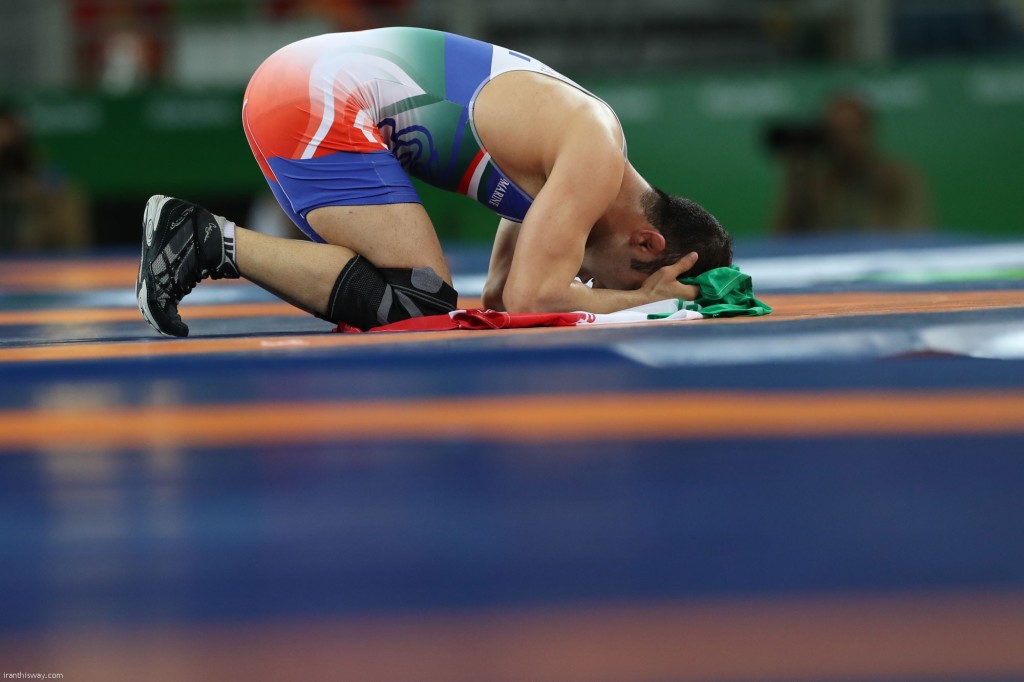 THROUGHOUT the Rio 2016 Olympic Games we were appalled by the way athletes were treated.

The Olympic Village in Recreio dos Bandeirantes simply wasn’t finished. When is opened on Sunday, July 24, with 31 buildings and 3,604 apartments set to host up to 17,000 athletes and officials, it just wasn’t close to being liveable.

Team Australia refused to move its athletes in. They were housed in nearby hotels while 600 people, including builders, plumbers and electricians hired specifically by Italy to fix their rooms, worked on the site to resolve the many teething problems.

Team USA Basketball also scarpered, renting a cruise-liner called the Silver Cloud for the men’s and women’s teams and their support staff and families to live in for the duration.

Those that did move in to the Olympic Village, took to social media to show the world what they were dealing with; from dismantled shower curtains, to collapsed ceilings, broken toilets, and missing furniture, athletes were forced to make do with basic and uncomfortable surroundings as they prepared for and competed in the biggest events of their lives.

In the Olympic boxing heavyweight final, fans applauded Vassily Levit as a hero, certain the Kazakh would take Gold after hitting Evgeny Tishchenko with all he had. Shock shook the stands as the judges inexplicably called the Russian a unanimous points winner – he was consequently booed up to the podium. 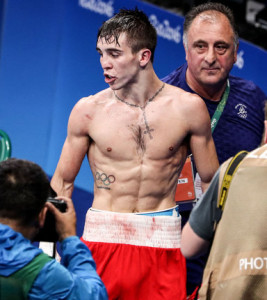 A day later Irish bantamweight world champion Michael Conlan spat nails live on RTE television as he too was defeated by questionable judges at the hands of a Russian.

His public tirade and accusations of AIBA corruption forced the boxing body to speak out and take action. After first denying all wrongdoing, it conceded that “less than a handful of decisions (were) not at the level expected” and sent home several judges and referees.

But irreparable damage had already been inflicted upon the organisation’s integrity, and it was not the only sport whose referees were under-fire.

In the 10km Men’s Marathon Swim, Team GB’s Jack Burnell described the refereeing as “an absolute joke” after he was disqualified 2m from the line, while on track for a medal in Fort Copacabana.

Speaking to the BBC, Burnell explained: “It’s supposed to be the grandest stage of them all with everything perfect, all this great scenery, and the one thing that ruins it is the referees. There’s 600, or however many, boats out there, a ridiculous amount of boats – not needed – and every single person on the boat has no idea what they’re doing.

“They’re giving yellow cards out left, right and centre for absolutely nothing, and then disqualifying people 2m from the end when there’s people grabbing hold of legs and everything. The whole thing was ridiculous, an absolute joke.”

Hopes that every effort would be made to ensure the Rio 2016 Olympic Games were clean in the wake of the Russian doping scandal, were short-lived.

Mid-way through it emerged that security surrounding drugs testing areas had been breached and that the process of sample collection had been compromised by a wave of no-shows and walkouts by volunteers and testers.

Many volunteers had collected their uniforms as the start of the Games then never returned, while others reported for duty each day just to eat their free meal. Those that stayed, or were drafted in from overseas, to assist with testing and sample collected were pushed to breaking point due to the staff shortages, leaving holes and questions.

In addition, Telegraph Sport revealed that Brazilian athletes had not been tested in the month leading up to the Games after the hosts’s own laboratory had its accreditation suspended. It was back in operation in time for the start of the Games.

Rio 2016 had hardly warmed up and already cheats were winning medals. Artykov was stripped of his medal and disqualified from the event once his test results were flagged, but that’s not good enough for the clean athletes who he beat.

Days after Artykov’s short-lived victory, Kenya’s athletics manager Michael Rotich was sent home following allegations that he was willing to be paid to warn athletes of upcoming drug tests, and Kenyan sprinting coach, John Anzrah, was kicked out after allegedly posing as 800m runner Ferguson Rotich for a drugs test.

He was holding the athlete’s accreditation when Rotich was being sought for drug-testing, and allegedly provided a doping officer with a urine sample when asked to do so.

He denied all allegations against him, insisting he had borrowed Rotich’s accreditation just to get a free breakfast, but was barred from the Games and the International Olympic Committee has opened disciplinary proceedings.

Meanwhile, colleague Rotich has been suspended by the IAAF and is being detained by Kenyan police while the allegations against him, brought to light by undercover Sunday Times journalists, are investigated.

Kenya went on to win six Gold medals, including both marathons, the women’s 5,000m and men’s 3,000 steeplechase, taking home a further seven medals to enjoy a total tally of 13. But none shone under the cloud of doping controversy – it was only on the Friday the Games opened that they were removed from WADA’s list of non-compliant countries; and having worked hard to achieve that, they threw all belief away days into Rio 2016.

US athletes were the most out-spoken about the Olympic Charter’s Rule 40, enforcing a blackout for sponsors that are not Rio 2016 Olympic partners during the Games, but it affected everyone.

After protests against the regulation at London 2020, it was relaxed for Rio 2016 to allow each nation’s Olympic body to set guidelines – with the consistent goal of ‘protecting the investment of official Olympic partners’. 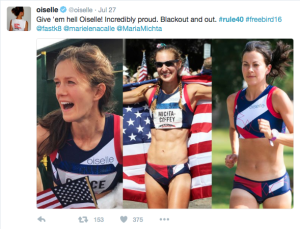 What it meant was that sponsors were not even allowed to publicly congratulate their Olympic athletes, and nor were athletes allowed to thank their sponsors for supporting them.

This is not a Rio 2016-specific frustration for athletes, it’s an on-going Olympics problem that has arisen due to the expansion of social media and it needs tweaking. It is going in the right direction, with long-term sponsors, and long-term marketing campaigns being recognised and allowed to continue – as long as it is written into the country-specific guideline document.

By Tokyo 2020 we would like to see the no social media rule dropped for at least athletes; their sponsors are absolute crucial to their careers and being unable to promote them for that during the biggest moment of said career is atrocious.

And after being banned from thanking sponsors, given unfinished accommodation, security lapses, chaotic and lacking doping controls, and cheats to compete against, for Irish competitors their Olympic ticketing scandal meant that a number of athletes could not get tickets for their families to watch them.

Grainne Adams, mother of sailor Finn Lynch, told Newstalk FM that she could not get through to the authorised ticket seller Pro10, despite ringing several times a day, and that she eventually had to get tickets to the opening ceremony through a Norwegian website.

When she did get through to them, she requested tickets to her son’s event – they didn’t have any sailing tickets, not event as part of the friends and family scheme, which entitles all competitors to two tickets for their event.

We were treated to a fantastic August of sport by Rio 2016, with some true champions rising above, but for many the experience of being an Olympian was tarnished.

We at PledgeSports can’t do much to change the doping landscape, that’s not our area of expertise, but we can help to ensure that athletes get the accommodation, support and travel comfort that they deserve.

We want to be able to reverse the culture of officials and executives being treated to five-star hotels and first class flights, while their athletes – the heroes – fly economy and stay in unfurnished apartments.

You can be a part of this change by supporting athletes directly through sports crowdfunding at PledgeSports.org.