Gaelic Masters Association fill the void in life after GAA

GAA is a way of life. It’s something you’re born in to. The sport captures the mind and body from a very young age and becomes an integral part of existence for the foreseeable future. But what happens when something that important and time consuming stops? How are players filling the void left by a GAA career? 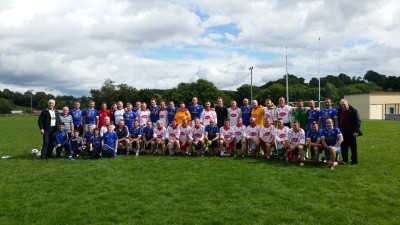 The growth of social media and the internet era has made way for a spike in the popularity of individual GAA players. The ordinary man on the street, the teacher in the local school, the plumber or electrician you see more often than you’d care to admit – they have been placed on a pedestal for all to see and adore.

By all means, support these players and their respective counties. But do so in a sporting manner, not in the ways made popularised by reality television, Instagram and Twitter. A stint of fame the length of your average Snapchat video is not helping anyone’s mental health in the long run.

When the body grows too tired for the demanding inter-county game and retirement eventually comes knocking, the fall from grace can be a painful one, and often times, not at the fault of the player themselves.

The usual addictions appear in place of training and competing. Gambling, for one, has crippled more GAA athletes than anyone would care to admit. Alcohol, for another, is a notorious sticking point for the retired player. These issues do not concern all players, but ideally, they shouldn’t affect any.

The Gaelic Masters Association is a group for players over the age of 40. Originally titled Masters Gaelic Football, the competition has been played in Ireland as an Inter County format since 1990.

For almost twenty years Masters Gaelic Football was organised and run by the GAA itself. However, in 2010 the GAA withdrew their support of the group. This sparked the birth of the Gaelic Masters Association in 2012. Since the withdrawal of the GAA the group have had to source support for themselves. 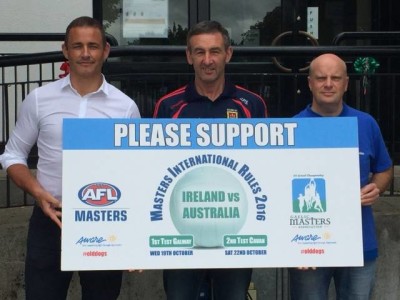 In four short years the Gaelic Masters Association has grown from a competition between six counties to the twelve counties that competed this year. The current counties involved are Mayo, Galway, Longford, Leitrim, Sligo, Westmeath, Offaly, Tyrone, Cavan, Monaghan, Antrim and Donegal, while further teams are set to join in 2017.

One of the most refreshing things about the Gaelic Masters Association is that they are not just in it for themselves. As the organisation state themselves, “GMA = Give Money Away”.

In recognition that health and specifically mental health is one of the primary benefits of continued physical activity, the Gaelic Masters Association will donate a minimum 20% of all funds raised by their fundraising campaign to mental health charity, Aware.

According to a HSE survey in 2015, probable mental health problems (PMHPs) are prevalent among men, specifically as they progress in age. However, the greatest source of combating mental health among this same group is through “being more physically active”, with 38% of those surveyed stating this improves their mental health and wellbeing.

Aware works hard every day of the year to ensure that mental health remains a key focus. They rely on the crowdfunding efforts of the Gaelic Masters Association, as well as corporate and public donations, for 85% of their annual funding.