Generation of tennis is inspired by Elena Baltacha

On May 14th 2014, British tennis icon and former Olympian, Elena Baltacha-Severino, passed away after her battle with a serious liver condition and ultimately, liver cancer.

The legacy Baltacha left behind is one of inspiration and determination. Diagnosed with Primary Sclerosis Cholangitis at 19, Elena played her way to the top of the tennis world, overcoming some of the game’s great names along the way.

Beyond her own playing career, Baltacha cared for the game of tennis and for those who would come along and enjoy the game she loved so dearly. She decided to make a difference and personally invest in a programme that attracted more children into tennis, regardless of ethnic background, where they lived or how much money their families earned.

What is perhaps most outstanding is that Baltacha personally developed the Elena Baltacha Academy of Tennis (EBAT) while she was still frequently travelling and competing on the World Tour. The academy is an inspirational example of Baltacha’s efforts to grow the game. 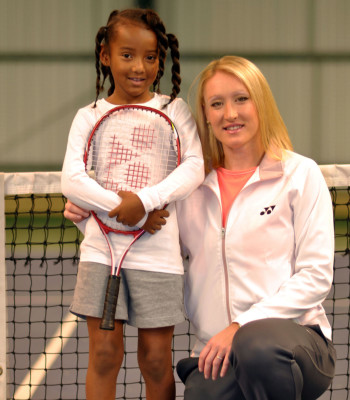 Elena Baltacha’s legacy lives on through the people who loved and adored her, and through those who followed her lead while she spent 4 years building the reputation of her academy.

EBAT has developed one of the largest school networks in Great Britain, introducing tennis to thousands upon thousands of children. Many of these children are now fully committed to tennis, while others are taking great enjoyment from the sport on a fun and recreational basis.

Baltacha’s reach has not stopped there however. In its four year existence, EBAT has produced players who compete at county, regional and national level.

Additionally, the first player to join the academy, was found by Baltacha herself in a deprived school 4 years ago. That same player recently achieved her international badge and is now competing for Great Britain.

A generation of tennis is inspired by Elena Baltacha following her incredible professional career, her courageous health battle, and her selflessness in bringing tennis to the masses in Britain.

The Elena Baltacha Foundation lead by Nino Severino, Chairman, and Paul Regan (OCO) overlooks and manages the EBAT programme based in Ipswich. Their main focus is to continue Baltach’s vision, which is breaking down barriers that stop children playing tennis. 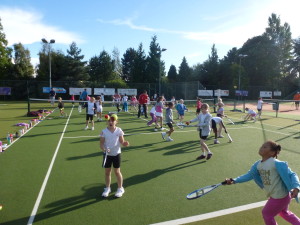 The Elena Baltacha Academy of Tennis is all  inclusive when it comes to pupils. The academy’s outreach programme factors in all schools, those in deprived areas as well as affluent ones.

EBAT is very proud of the players it introduces to competitive tennis. The academy do not operate under the easiest of conditions, as they do not have their own indoor facility and much of their programme is run on outside courts.

In an effort to improve their facilities and the service they can provide to the academy’s students, EBAT are asking for the support of the public in fundraising and sponsoring their crowdfunding campaign with PledgeSports.

Those who help with funding will receive rewards from EBAT. These include a thank you letter, a signed photograph, electronic news updates from the academy and individual players, and a VIP visit to The Elena Baltacha Academy of Tennis in Ipswich.

This is a reflection of Baltacha’s fighting spirit; no matter how difficult the conditions, the hardships and adversity EBAT’s players endure, the academy teaches them to have the fighting heart of Baltacha.

Please support The Elena Baltacha Academy of Tennis by following this link.