PledgeSports have the pleasure of working with some phenomenal athletes and teams. Each week we will choose one of them as the PledgeSports “Athlete of the Week”. 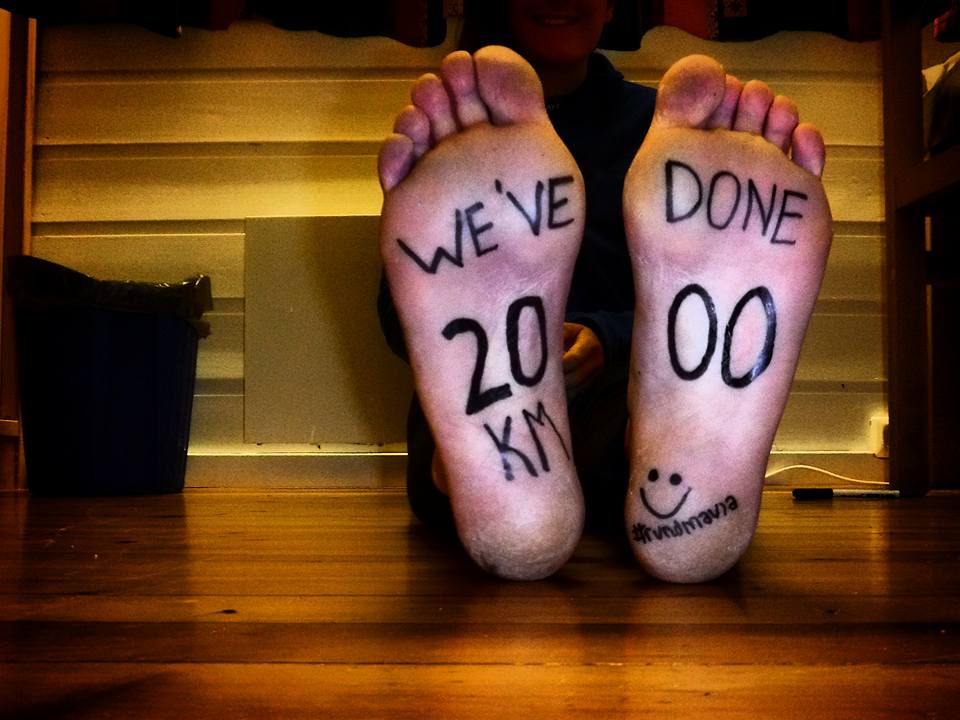 Sophie, who swears by the motto, “Dare Mighty Things”, left England for Norway in August. Last week, after three months of running, she returned home as a history-maker after she became the first woman ever to run the length of Scandinavia.

The power to inspire is something that few people truly possess. Sophie Rooney is a totally different story, however.

When she first came to PledgeSports with her idea to run the length of Scandinavia, she immediately caught the interest of PledgeSports Founder & CEO, Richard Pearson.

As Sophie’s project, Rundinavia, was put in motion, the inspiring impact she initially had on Richard spread to many other people. The success of Sophie’s fundraising is a testament to the affect she has on people and the example she sets for how life should be lived.

Running the length of Scandinavia is no easy feat, not by any stretch. Yet, even in the darkest, most challenging moments Sophie’s exemplary attitude pulled through. 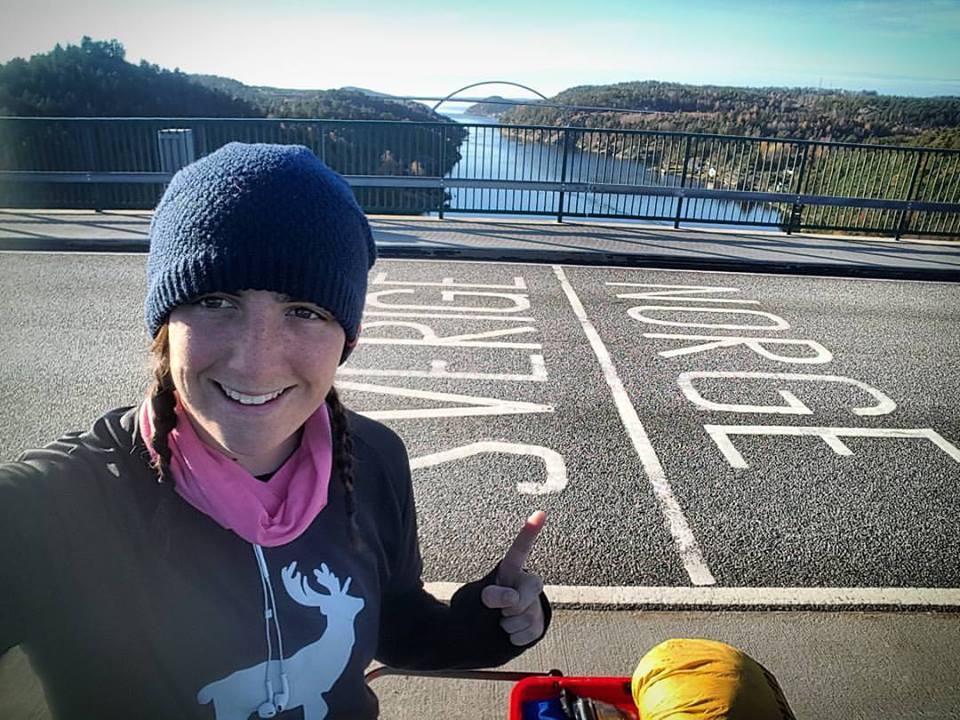 “Rather than give up, I found a solution to all the problems I was facing, and made my own way via roads.

“I’m so happy in hindsight that I made this decision – but it was tough at the time!” said Sophie in a recent Q&A with PledgeSports.

“After this, I knew I was in control and that I could do it. So even when offered an easy ticket home from the hospital in Kiruna, I knew there was no way I giving in,” she added.

One could be forgiven for thinking that after completing something as challenging as Rundinavia, everything that comes after would be plain sailing. However, this has not been the case for Sophie.

When the mind spends so much time focusing on one goal it can be difficult to re-adjust to normal, day-to-day life, as Sophie explains. 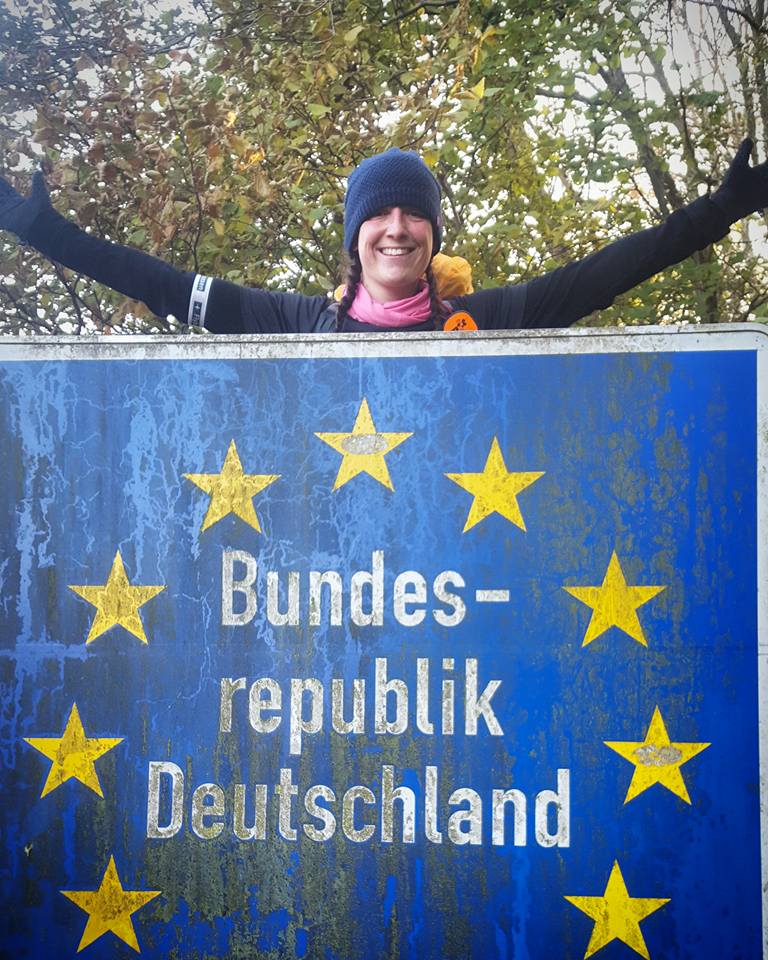 “It has been a lot trickier than I thought returning home. Although I have been super busy since March (when Sophie signed up for Rundinavia), it has been working towards that final goal of reaching the finish line.

“This meant that once I had got over the initial joy at reaching the German border, I really felt a little bit lost,” said Sophie.

“My main focus now is on establishing some short term goals to aim for as I transition back in to everyday life. The first is preparing to meet a  potential publisher, because I am really looking forward to writing up the trip properly!” she added.

Perhaps one of the biggest positives of achieving something like Sophie has is the fact that it helps your ambition to grow and opens your eyes to the endless opportunities and experiences there are for any given person to chase. As Sophie has mentioned, one of those possibilities is to write a book to document Rundinavia.

What else is on the agenda for the unstoppable Sophie Rooney?

“I think next time I want to go bigger – which will require plenty of planning and hopefully seeking a corporate sponsor – so I think the next “big adventure” may take a bit longer to materialise.

“There is so much of the country (UK) I have yet to explore so I look forward to doing this as much as possible in the coming few weeks – starting with cycling to London from Banbury and back (250km) this weekend. I have no idea if I can do 250km on a bike in two days, but there is only one way to find out,” said Sophie. 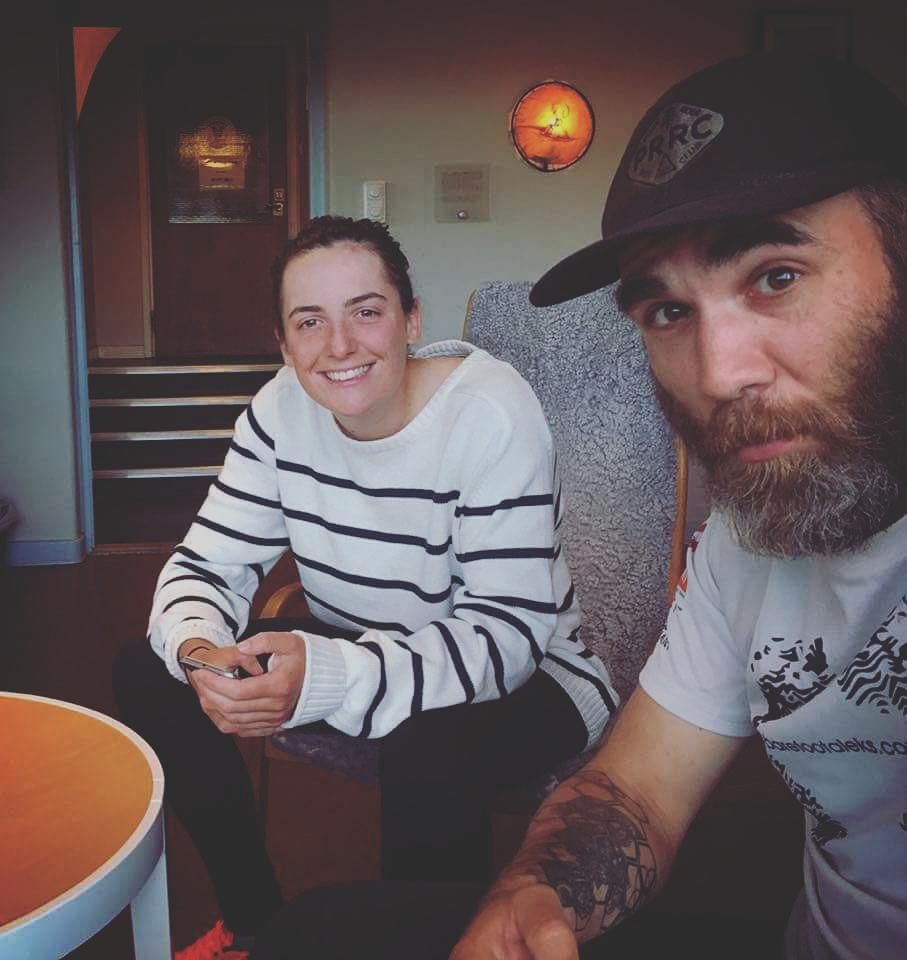 PledgeSports are fortunate to be working with a wealth of ultra-runners and extreme athletes as they attempt some amazing challenges all over the world. Sophie admits that she may join up with a couple of the athletes in the near future.

“(I am) Extremely tempted. Jim (Jim Gump) has actually suggested this before – so maybe I will wait for Barefoot (Aleks) to return and then we can then both go and see Jim for what I hope will be a warmer run!” said Sophie.

Whatever Sophie does in future, we’re sure it will be a success. We have no doubt that she will continue to “Dare Mighty Things” and inspire everyone fortunate enough to make her acquaintance or read her story.

Now a deserved member of the history books, Sophie Rooney is just getting started. Be sure to follow her future adventures on Twitter: @THE sophierooney, on Facebook: The Sophie Rooney, and on Instagram: @rooneysophie.

Are you or someone you know planning an extreme expedition? We have helped many athletes like Sophie raise the money they need to fulfil their amazing ambition. We’d love to help others do the same.

Please don’t hesitate to contact us with questions at info@pledgesports.org, other wise visit www.pledgesports.org and click “Create Your Campaign” to start raising money.