Sports Injuries: A Spanner in the Works

“When your life revolves around sport, nothing is as frustrating as an injury or sickness that stops you from doing what you love. Nobody likes to be on the sidelines, ourselves included.” – Gareth Reynolds, Digital Director of PledgeSports.

“As a very active and busy person, I hate nothing more than being sick or injured. Between tennis, tag rugby or squash at least four times a week, hitting the gym three times a week and fitting in a hike or the game of golf if possible, sports injuries or being sick are a resounding “No!”. Throw a seven day work-week in the mix and you realise how important it is to stay healthy and fully fit.” – Richard Pearson, Founder & CEO of PledgeSports.

Now, take that same thought and imagine you are a professional athlete. Your livelihood and general sanity depends on your ability to train every day. You need this more than anything. In light of this, we caught up with some of the athletes on PledgeSports and to learn how sports injuries affect them. 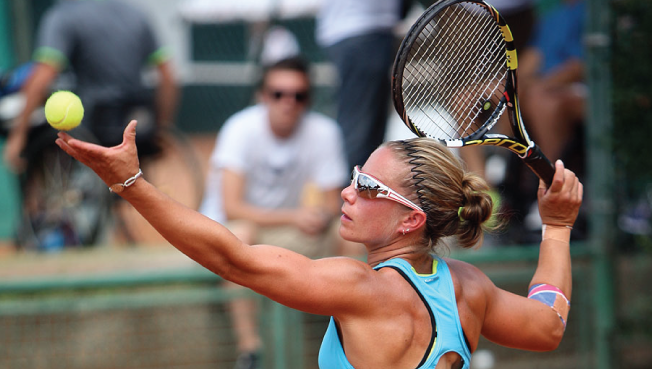 Lucy’s fitness is key to being competitive and keeping her place among the sport’s elite and avoiding sports injuries is a must.

“Back in 2010 I had a 6 x 7mm tear in a tendon in my forearm/ elbow otherwise known as Tennis Elbow. Consequently I was out for 6 months and during a period of rehab had very careful care from physios who broke it down to using sponge balls and building the strength back up. As a wheelchair user this was a difficult one to manage as I had to rest my arm but it is also effectively my means of getting about,” said Lucy.

A six month injury can be detrimental to an athlete’s career, sometimes in the long-term scheme of things, as has been seen numerous times with a range of well-known athletes. Lucy explains how her injury led to missing major tournaments, as well as the discipline required to fully recover from injury.

“The diagnosis came at the Australian Open where I was withdrawn and it further impacted on Roland Garros so I was extremely disappointed that year to miss out on two grand slams. Roland Garros was a real tough one as I had no pain at that point but it was suggested it was a week or two too early to come back,” she said.

How to prevent tennis elbow

“Whilst your experiencing pain it is much easier to accept the need for the time off, but once the pain has gone that is more mentally difficult to deal with. You have to be very strict with yourself and stick to the regimes outlined by the Physios and not push yourself to  far too soon,” she added.

In some instances, the mental aspect of a sports injury can be as challenging as the physical one. This is particularly apparent in the likes of endurance or long-distance sports.

Pardon Ndhlovu is a Zimbabwean marathon runner who has the opportunity to represent his country at the Rio Olympics last summer after much hard graft and a successful campaign with PledgeSports.

Pardon is a four time All-American athlete thanks to an illustrious college career with the University of North Carolina. Currently an assistant coach at Augusta University, Georgia, Pardon has an in-depth understanding of injuries and the impact they can have on an athlete’s performance and career, both in the short and long-term.

“I have been fortunate enough that I have been injured only a few times and the most time I took off from running was 4 weeks. Mentally, being injured reminds us that we are human after all. The focus instantly changes to recovery mode. The longest I was injured I had problems with my IT band and it was because I increased the volume and intensity too soon, which is a great lesson I took away from it. I was still in school, so most of the mental focus went on to my studies and I think I made a 4.0 GPA that semester,” said Pardon.

For many athletes, the strength and ability to get through a sports injury comes from their support team. A solid team of coaches and medics can be essential to your recovery and ensuring that you minimise the risk of injury reoccurring. As Pardon explains, his team helped him plan throughout his injury. In doing so, he understood how to conquer his injury. 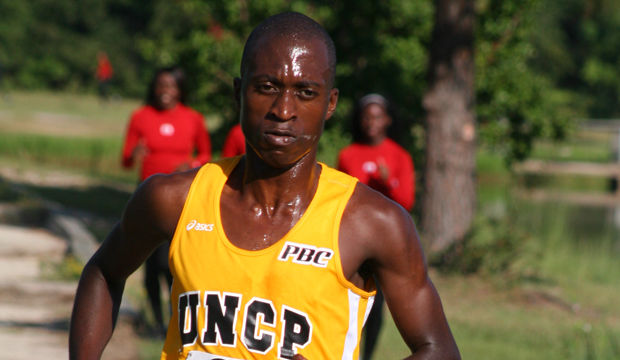 “Physically, I visited the trainers everyday, we devised a recovery plan. I was in the training room getting a massage, heat and cold therapy, stretching and foam rolling everyday. I showed up for practice to help coach the team and fortunately enough my coach let me travel to meets to cheer my team on in competitions,” he said.

“I have been fortunate enough to have a strong support system. My coach, my wife and friends are always there to reassure me that getting injured is part of the sport and it is a phase that will pass if you look at it with a positive attitude. Besides having a strong support system, I have put my goals in sight, always remembering what the big picture is that way I did not focus on the injury itself but looked at it as a passing phase that is playing a part in getting me closer to achieving my goal,” he added.

Sports injuries can be tough, there is no doubt about it. However, they do not always mean that an athlete must neglect all kinds of training. Pardon’s experience with injury meant that he could not run, however, his injuries did allow him to focus on other forms of training which would help maintain his fitness in preparation for a return to running.

“When injured training shifts from running to doing something else with less impact on the body but still maintaining your fitness. For me as a runner, I cross train when injured. I spent most of the days I was injured in the pool deep water running or aqua jogging for an hour to two hours everyday. We wanted to maintain fitness level by doing something else other than running. After three when I started feeling better, It took me a short period of time to get back into running again and I had the best season of my college career after that,” he said.

David Fitzgerald is part of the Irish Men’s Hockey squad who made history in qualifying for Rio 2016 and ultimately became the most successful team crowdfunding campaign of the entire Olympic Games.

A goalkeeper in his own right, Fitzgerald does not suffer from the typical back injuries that many of his outfield colleagues do. The posture of a hockey player during play appears to put strain the back and potentially cause long-term issues, as David explains in the video below.

One thought on “Sports Injuries: A Spanner in the Works”