Trick or Tweet: Get The Most From Your Posts

Every day, 500 million tweets are sent out into the Twittersphere. Standing out from the crowd can be difficult, but fret no more, we have some great tips on how you can get the most from your posts.

There’s no perfect science in optimising Twitter performance. However, the following information is based on 4.8 million tweets from 10,000 different Twitter profiles worldwide. So, we think there’s something in here for everyone!

Looking at all tweets sent across all major time zones, here is an overview of the most popular times to tweet.

The most popular time to tweet is also the time when there is the highest volume of tweets, perhaps making it a bit more difficult for your tweet to stand out in someone’s timeline.

What might be great to try here is tweeting at non-peak hours, the times in the early morning and late evening.

Another thought is that the most popular times to tweet could very well correlate to the times when most people are on Twitter. Perhaps it’s worth testing also to see if tweeting during a popular time is worthwhile simply for the amount of people who are online.

*TIP: Use Twitter’s free analytics tool to see “tweet impressions”. This will give you a better idea of how your tweets perform at certain times. 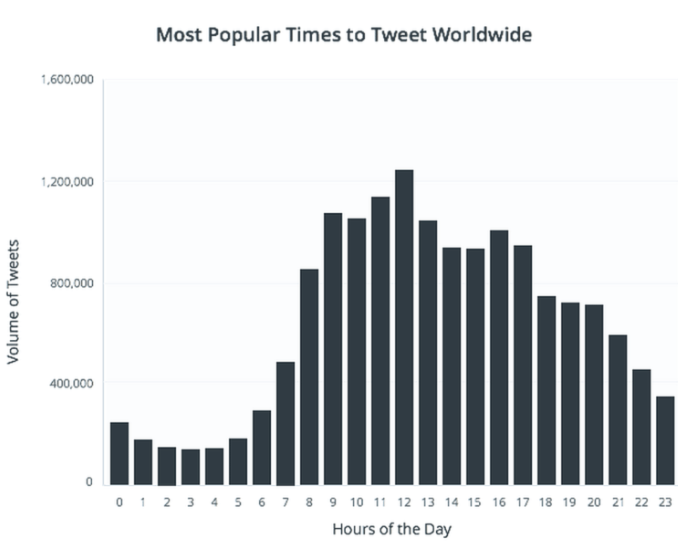 This is key for those of you who want to direct Twitter traffic elsewhere – i.e. To your PledgeSports campaign!

First up, the best time to tweet for clicks.

Looking at the data, here are the trends for maximising your chance to get more clicks:

Putting The Info Into Action

It’s fascinating to see that the best time to earn the most clicks on average is the middle of the night. Counterintuitive and pretty eye-opening! (Do you people never sleep?)

One interpretation here is that with this being the average, there is the possibility that outliers can have a large impact on the data—for instance a tweet that gets 4,000 clicks at 2:00 a.m. would raise the average significantly.

The data in the below chart is the worldwide average, calculated for the local time in each time zone. So, the peak at the 2:00 a.m. hour would hold true as the overall top time no matter which time zone you’re in—2:00 a.m. in Los Angeles, New York, Cape Town, Hong Kong, etc. 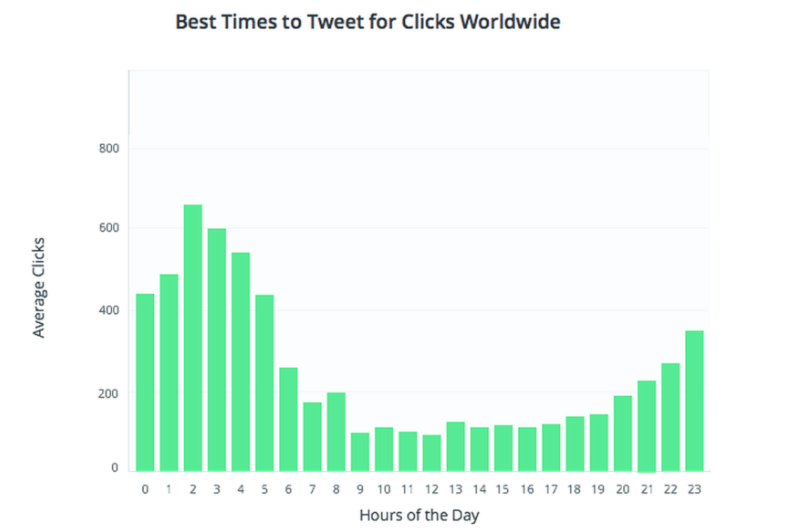 Hopefully this data can be of use to you and getting the most from your posts. Happy tweeting – keep an eye on the PledgeSports Blog for more expert social media advice and lots more great content.

One thought on “Trick or Tweet: Get The Most From Your Posts”