It’s been a thrilling 12 months of sport. As the year comes to a close, we recall the top 5 sporting moments of 2016.

Everyone loves an underdog, and during Euro 2016 in France last summer the Icelandic football team and their fans stole the show with their incredible displays, both on and off the pitch.

An unexpected run to the quarter-final was comprised of remaining unbeaten during the group stages (drawing with eventual champions Portugal), and knocking out a much-favoured England team in the Round of 16 – a result will go down as one of the greatest upsets in footballing history.

Naturally, they returned to a hero’s welcome.

Rugby Union has potentially never been so competitive. Given this, England’s “perfect” season of 14 consecutive test wins is a feat which we believe warrants a spot on our list of top 5 sporting moments of 2016.

In beating Australia 37-21 at Twickenham, England equalled the record they set in their World Cup-winning season of 2003.

When will the run end?

Ireland fall into the same category as England. They beat New Zealand for the first time in their history with a 40-29 victory over the All Blacks in November, thus bringing an end to a 111-year wait.

Joe Schmidt’s men triumphed over all three Southern Hemisphere giants during the Autumn Test Series and will be high in confidence as they prepare for the Six Nations. A clash between in-form English and Irish sides has seldom looked so tasty.

Bring on the Six Nations! 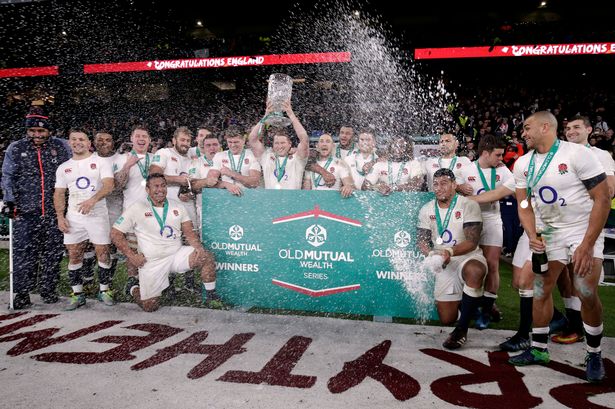 Despite the controversy surrounding the Rio 2016 Olympics, one man shone, as he so often has, above everything else.

American swimmer Michael Phelps further cemented his title as the most decorated athlete in Olympic history.

At 31 years-old, Phelps had come out of retirement to compete at one more games. In typically amazing fashion, Phelps blew away his competition, collecting five golds from six events. This took his incredible collection of Olympic golds to 23, and his total Olympic medal collection to 28.

Since winning Wimbledon in 2013 Andy Murray has been firmly perched among the best tennis players of this generation. However, it felt that while Novak Djokovic continued his rich vein of world-beating form, Murray would never quite make it to the very top of the tree.

Come July 10th this would all change as Murray won his second Wimbledon title, beating Milos Raonic in straight sets. Murray will finish 2016 as the world’s No.1 ranked player.

He defeated Ričardas Berankis in the first round, a player ranked 700 places above him. This victory set up a second round clash with seven-time Wimbledon Champion Roger Federer on Centre Court. Despite the result not going his way, Willis provided us all with a memorable moment.

One man’s achievement cannot be spoken about so much and not win the top prize in sporting moments.

Conor McGregor’s win in Madison Square Garden has made him the undisputed king of the octagon. In stopping Eddie Alvarez, the Dubliner became the first fighter to hold two weight title belts simultaneously.

In the most brazen, McGregor-esque fashion, he takes the No.1 spot on our list of top 5 sporting moment of the year for 2016.