Athlete Of The Week: Hannah Stevenson 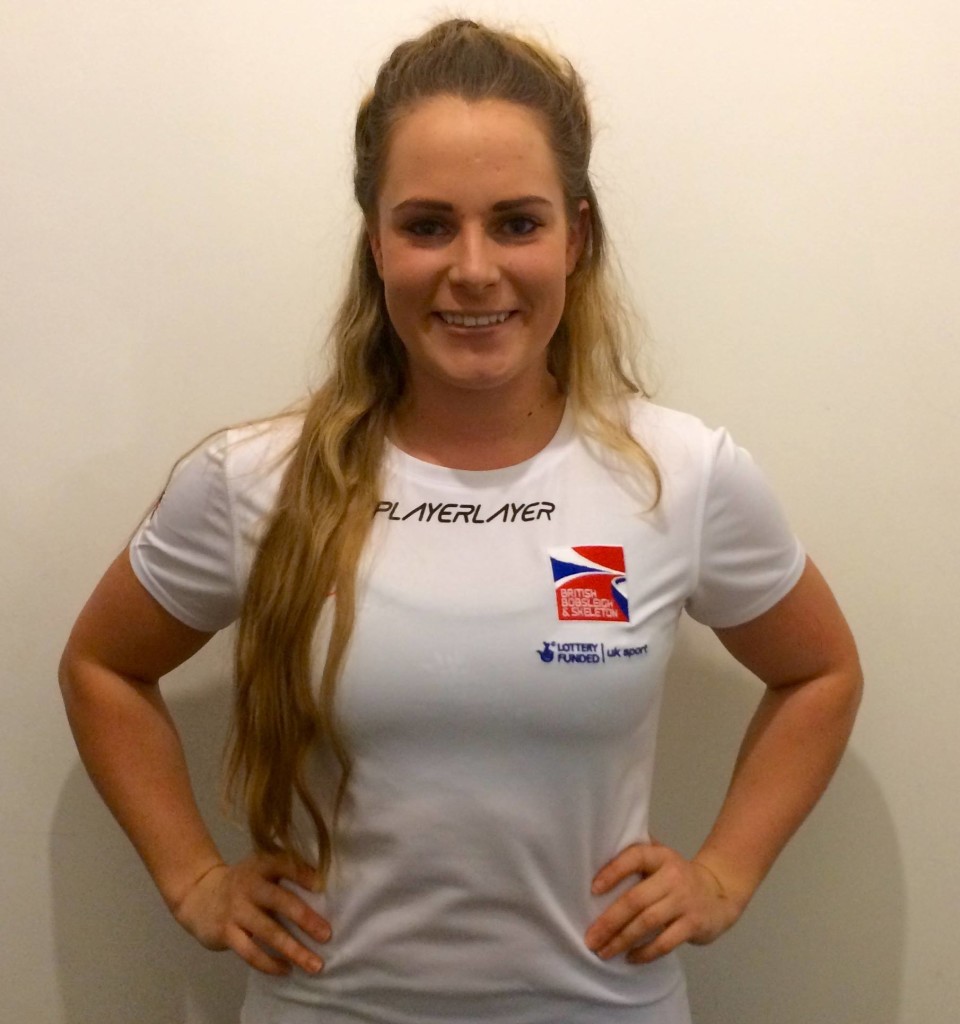 This week’s winner is British skeleton athlete, Hannah Stevenson. The 23-year-old Nottingham native recently finished her masters in Sheffield Hallam University and has now switched her focus from education to the 2022 Winter Olympics.

She has joined forces with PledgeSports in an effort to raise the money she needs to compete at the highest level and qualify for Beijing 2022. Her efforts have already caught the attention of local media, with both Notts TV and Nottingham Local News recently featuring Hannah’s story.

Life In The Fast Lane

Hannah’s sporting career has been exceptionally fast-moving. (See what we did there?)

Originally a 200m sprinter, Hannah applied for the talent programme, Power2Podium in 2014. The programme was setup to search for athletes with the speed and power capable of winning Olympic medals. In a true testament to her athletic ability, Hannah was selected.

Unfortunately, Hannah’s participation in the programme ended with her hand in a cast, putting her out of action. But, one year later, after making her recovery, Hannah was once again selected for the programme and she returned to the ice, hungrier than ever for success.

Hannah is now into the second half of her first season on ice, which has been focused around learning how to slide, what it takes to be a successful skeleton athlete and preparing her to eventually start racing for Great Britain.

Great Britain is renowned for producing medalists in Skeleton at the Olympic Games, having won a medal at every games since it became a permanent sport (1 bronze, 1 silver and 2 golds).

Hannah dreams of continuing this success at Beijing 2022. The programme she is part of has produced the medal winners mentioned above, so Hannah is confident that the coaches and support staff around her will giver her the best possible chance at recreating Team GB’s past successes on the ice.

With her passion, drive and hardworking mentality, Hannah fully believes that that she will achieve her goal and we at PledgeSports do too.

Hannah is trying to raise £2500. This will help contribute towards the living costs of a full-time athlete. She currently does not receive any financial assistance for living costs. If you would like to support Hannah and help her get to Beijing please click here to visit her fundraising page.

PledgeSports is a crowdfunding platform dedicated to sport.

Are you or someone you know seeking funding for Winter Sports or Winter Olympics? We have helped many winter sports athletes raise tens of thousands (here’s just one example!) and we’d love to help you do the same.

One thought on “Athlete Of The Week: Hannah Stevenson”