How Crowdfunding Has Changed Fundraising For Tennis

Tennis is undeniably one of the most expensive sports on the planet. In fact, a 2010 study by the U.S. Tennis Association showed that the an average season as a professional would cost a player $143,000 in expenses.

PledgeSports have raised more money for tennis than any other sport, and are considered the world leader in tennis crowdfunding.

We have worked with players of all levels, from as young as 7 years-old, and helped them raise as much as 15k in a single fundraiser.  As big tennis fans we would love to help the careers of many more.

The Experts Have Spoken

It’s not just us who are electing crowdfunding as the way forward for tennis players, but mainstream sports media and financial experts too.

This article from Bloomberg explains how crowdfunding is becoming the “New Normal” in sport. More and more athletes and teams, of all levels, are turning to the internet and to crowdfunding because sporting organisations can give less and less funding to their respective athletes. 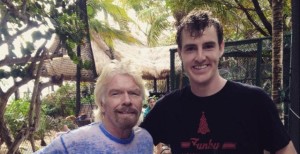 Former Irish doubles player, James Cluskey is just one example of successful crowdfunding in tennis. He raised €13,000 with PledgeSports. Cluskey was quoted as saying, “If it wasn’t for crowdfunding I would have quit.”

We have now helped tennis players in the US, UK, Spain, Ireland, Argentina, Zimbabwe and Uganda. We have also helped Paralympians and wheelchair tennis professionals raise tens of thousands through our platform. 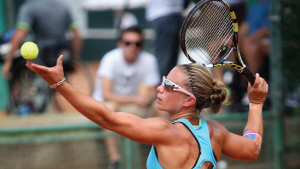 In fact, the organisation overseeing all tennis in Ireland, Tennis Ireland, have turned to crowdfunding themselves in order to support their elite junior players.

The key point is that while tennis carries great expense, crowdfunding is proving its ability to offset these costs and make the sport more accessible than ever before, for players of all ages and levels.

Crowdfunding Is Crucial For The Future Of Tennis 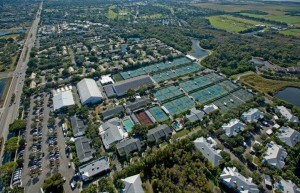 If you think the costs are limited to the professional game, think again. Success, it seems comes at a prices and sometimes those prices can be heavy. The IMG Nick Bollettieri Tennis Academy, arguably the most prestigious tennis school in the world, costs over $68,000 a year to attend.

In the same expensive fashion, it costs a student €56,000 per year to attend Rafael Nadal’s prestigious academy in Spain.

An article in Tennishead asks the question, “Is crowdfunding the future of tennis?”. It certainly appears so. For players outside the world’s top 100 their year consists of balancing prize money with accommodation, transportation and coaching. As shown above, the cost involved in making it to the top 100 is a hefty bill in itself.

Crowdfunding can revolutionise the sport and the way in which it is funded. But, don’t take our word for it – here’s the legendary Nick Bollettieri with a message for you!

Our platform lets players tell their story and share their ambitions with thousands of people. From there, they can use their social media links to share their fundraiser directly with family, friends and fans online. 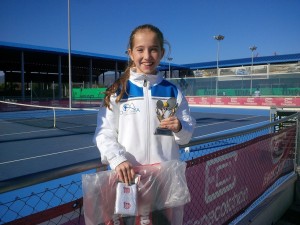 Take Sofia “Tiger” Edmundson for example. She may be only 7 years-old, but the the Mallorca Daily Bulletin still wanted to cover her story!

One key thing for players these days is to think commercially. Everyone is looking for commercial sponsors, even players in the world’s top 100.  The question is, “How do you get there?”

Crowdfunding certainly ticks a few boxes. For one, you get to raise money – this might only be enough to cover the costs of travel to a tournament in many cases, but it is still vital in covering costs.

Secondly, it gives players a chance to increase their profile and get some publicity. This is so important if you want to try secure commercial sponsors or even tennis betting companies.   Successfully marketing yourself online can increase the likelihood of attracting sponsorship. 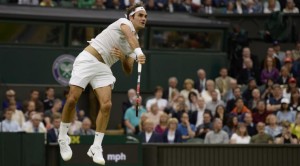 Finally, our platform enables huge reach. A player’s fundraising page can be accessed from anywhere in the world, at any time, on any type of advice, which means the potential reach of the fundraiser goes far beyond what has been previously achievable.

As experts in sports crowdfunding, working with PledgeSports gives players the best shot at raising the funds they need to further their tennis career, regardless of what point they are at in their career and what level they are playing at.

PledgeSports is a crowdfunding and sponsorship platform for sport.

One thought on “How Crowdfunding Has Changed Fundraising For Tennis”