Athlete of the Week: Megan Chard

This week’s winner is 19-year-old Welsh cyclist, Megan Chard. In September 2016, Megan made a decision many young students would shy away from by starting a new career.

Her ambition is to spend the majority of next season in Belgium and other countries on the continent, racing against top cyclists. To help fundraise her ambition, Megan has joined forces with PledgeSports.

Originally from the town of Cwmbran in the south-east corner of the South Wales Coalfield, Megan has been cycling competitively since 2012 having been inspired by the athletes at the London 2012 Olympics. By 2014, Megan was competing in national events and regularly finishing in the top four or five cyclists. 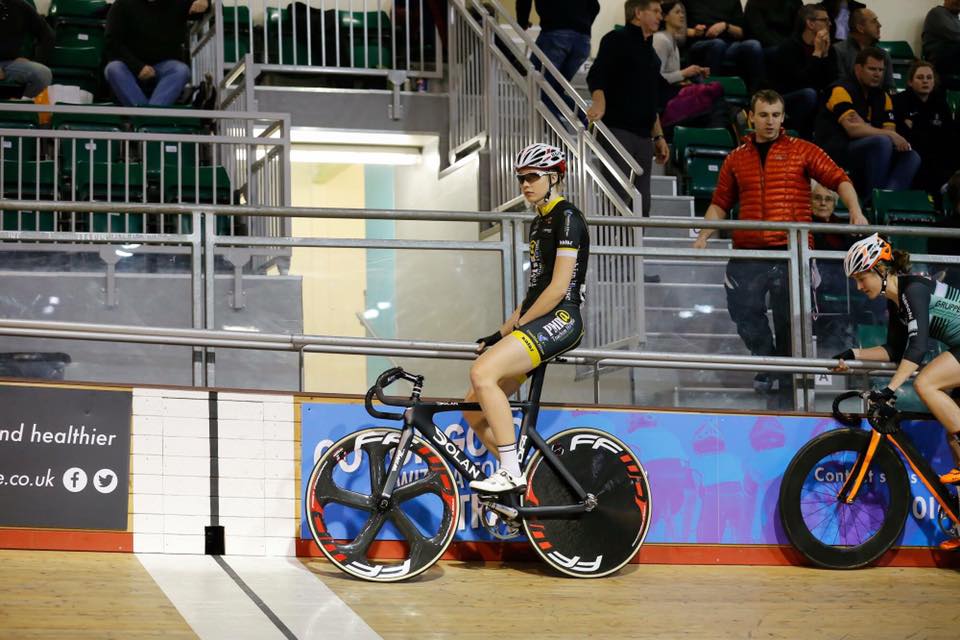 Megan has represented Wales at a national and international level but maintains that prior to last September, cycling had just been a hobby.

“I decided that I wanted to do the sport as a career rather than a hobby and have spent so much time training, recovering, eating and sleeping right and have seen massive improvements throughout the winter (of 2016).

“I made a big step up this year into World Tour racing and it was a big reality check for me. It has inspired me to train so much harder,” said Megan.

Megan is riding better than ever, and with her morale sky high coming into 2017 she is determined to reach her season’s goals.

Selection to represent Wales at next year’s Commonwealth Games are based on this year’s results, so Megan is depending on support from the public, as this year matters more to her than anything else.

Unfortunately, this is an expensive ambition to have. With a lot of my money spent on plane tickets, entry fees, and bike parts, as well as accommodation and petrol.

For a 19-year-old student, becoming a top cyclist it is quite difficult financially, to say the least. If you would like to support Megan you can do so by visiting her fundraising page.