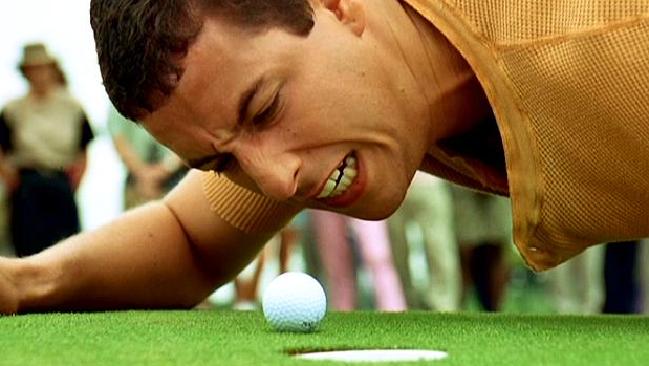 A great athlete can live long in the memory of sports fans, and the same goes for a great fictional sports character.

After sifting through a lengthy list of quality performances, PledgeSports have come up with a definitive list of the 10 Best Fictional Sports Characters Of All Time.

Here’s the countdown from No.10…

Richie the tennis star was the No. 2 ranked player in the world at just 17 and was youngest of the three Tenenbaum children.

He drinks Bloody Marys with pepper, so much so that he carries a capped pepper shaker in his jacket pocket and he is secretly in love with his sister Margot, played by Gwenyth Paltrow.

Ever wonder which sport has the fittest athletes??  We’ve got the answer to this age old question

The character is loosely based on former champion Björn Borg, who shocked the tennis world by retiring at age 26 and wore the same style headband and trademark Fila polo.

He ends his successful tennis career with a nervous breakdown on court in front of thousands of fans (the film implies the cause was the marriage of Margot the day before).

Through four seasons of HBO’s Eastbound & Down, the greasy egomaniac has wrangled viewers’ attention through a champion’s saga of cringe-worthy moments and nut-grabbing excitement.

Kenny Powers, a pitcher who burst onto the MLB scene at just 19, led us from North Carolina to Mexico to Myrtle Beach and back, leaving behind a wake of destruction and redemption all in his own self-interest.

Some legendary motivational quote from our favourite fictional characters

Powered by a fantastic mullet, the actor Danny McBride brings to life the washed up relief pitcher seeking out redemption and another chance in the majors, and he does so in hilarious fashion.

His old-school coaching methods and his “Five D’s of Dodgeball” are some of the most quoted lines from any sports feature and Rip Torn’s portrayal of the washed-up, wheelchair bound Patches has had every viewer bent over in laughter.

Dodgeball is just 1 of 10 Niche Sports on the rise

Unfortunately for Patches, his appearance in the film is cut short by what one can only assume is karma for throwing wrenches at his players and making them dodge traffic.

Chazz Michael Michaels, played by Will Farrell, is a womanising, obnoxious, big-time, ice skater, who grew up on the streets of Detroit, swapping the city’s crime lifestyle for the underground sewer-slating scene.

Relieve some of the most iconic Winter Sports moments ever

Chazz gets kicked out of the men’s single figure skating permanently after a fight with rival skater Jimmy MacElroy, played by Jon Heder. The two later find a loophole in the ban that will allow them to enter back into the sport they love as long as they do it as a duo.

What ensues is one of the funniest sports comedies ever made.

6. Tony D’Amato – Any Given Sunday

Heralded by many as some of Al Pacino’s last great work, Miami Sharks coach Tony D’Amato is a man who has devoted himself to football and neglected all other important aspects of life.

Tony saw the Sharks through their best years and led the team to several championships, though those halcyon days are now over. With a spate of injuries and a losing record, it seems that Tony’s best years are fading into the past.

Tony is losing control of his team when the new quarterback, Willie Beamen (Jamie Foxx), starts to call the shots. It’s a clash of generations and philosophies. But it’s possible there may be no winners here, only losers if Tony and Willie can’t see each other’s perspective.

Do yourself a favour and watch this speech. By the time this speech gets to the end, I’m ready to chew concrete if he asks me to.

A guy who claimed he “smoked” Chris Carter, Andre Reid and Gerry Rice, Rod Tidwell is an NFL player brimming with arrogance. Cuba Gooding Jr.’s character displays on the field back up the audacious statements he makes throughout the film.

The top 10 most watched sports

He also embodies the modern-day athlete and perhaps everything wrong with the sports industry, but the friendship he forges with his agent, Jerry Maguire, played by Tom Cruise, and the player’s determination to overcome an injury during a key game with the Dallas Cowboys, helps earn the football player a multi-million dollar contract.

“Show me the money!” indeed.

It’s hard to make it as a professional athlete without buckets of confidence, or sheer arrogance in Ricky Bobby’s case.

Played by the ever-hilarious Will Ferrel, the driver with two first names is one of NASCAR’s best drivers and he only knows how to do one thing – win.

We also compiled a hilarious list of funniest names in sport

While the film satirises many elements of the auto-racing industry, any man who can drive with an advertisement brandished across his windscreen is deserved of a place on our list.

In a life filled with historic events, being an elite level athlete was only a part of Forrest Gump’s extremely fulfilling lifetime.

Being born with a crooked spine forced Gump to wear leg braces early in his life. However, once he was able to break the restraint of his braces, Gump quickly learned of his blessing of incredible natural speed.

Gump’s speed was discovered by legendary University of Alabama coach Bear Bryant one day, as Gump ran through a Crimson Tide practice session while trying to outrun a group of bullies chasing him in a truck. Despite seemingly not having the brains for college, Bryant offered Gump a scholarship to play football for Alabama.

Who needs a short game when you can hit the ball 400 yards?

The ex-hockey goon takes up golf to make some money when he learns his grandmother owes $275,000 to the IRS. Happy’s over-aggressive but good-natured personality is Adam Sandler at his very best.

Happy proves he can go toe-to-toe with the best as the film culminates in an epic showdown at the Tour Championship.

Plus, he’s given the world a style of golf that anyone who has ever held a club has tried at least once. Cult hero!

Was there ever any doubt over who the greatest fictional sports character of all time is?

Sylvester Stallone’s iconic character embodies the ultimate rags-to-riches story. Rocky represented the underdog and proved that as long as you’re determined and want something more than anyone else, you can do it.

The 10 best sports movies of all time

He;s such an important character to the city of Philadelphia that they’ve built a statue n his honour. Despite a memorable performance from his rival, friend and trainer, Apollo Creed, the “Italian Stallion” takes home the glory of the top spot on our list.

5 thoughts on “10 Best Fictional Sports Characters Of All Time”