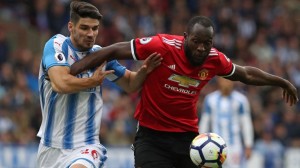 Things can swiftly change in the blink of an eye in the Premier League and Manchester United has certainly discovered that over the past few weeks, with the club being questioned after a negative performance in a 0-0 draw with Liverpool and then losing to newly-promoted Huddersfield.

Those two results saw Jose Mourinho’s side slip to five points behind arch-rivals Manchester City, who continue to tear the league apart, and allowed Tottenham Hotspur to pull level on points ahead of next weekend’s crunch tie between the two title hopefuls.

Mourinho’s vast successes at his previous clubs mean the Red Devils will continue to remain amongst the favourites to win the Premier League this season, which would be their first league victory since the retirement of Sir Alex Ferguson, but improvements need to be shown.

Next weekend’s clash with Tottenham now stands as a must-win for Manchester United as they cannot afford to go three games without a win, particularly as that would allow Arsenal and Chelsea to close the gap and push the Red Devils into a battle for a top-four finish.

Overall for Manchester United, the past 18 months have been extremely successful for the club as they won the FA Cup in the 2015/16 season, under Louis Van Gaal, then went on to win three trophies in Mourinho’s first year- the Community Shield, League Cup and Europa League.

That last trophy, clinched against Ajax in Stockholm, was the most important for the Red Devils as it sealed their spot in the Champions League this season – where Manchester United are now just three points away from the knockout stages, having won each of their three group games so far.

So far, November hasn’t been good to them, though, with the aforementioned goalless draw with Liverpool and shock defeat to Huddersfield, with United only managing to beat Benfica by a one-goal margin – and the pressure is on ahead of this weekend’s clash with Spurs.

Manchester United have won their last three home matches against Tottenham, providing a timely boost ahead of the fixture, but Mauricio Pochettino’s men have already swept aside Liverpool and Borussia Dortmund this season, as well as earning a superb point away from home against Real Madrid.

Amidst the recent blip in form, Manchester United have seen cross-city rivals Manchester City sweep a number of opponents aside in the Premier League so far this season, including netting a remarkable seven goals in a victory against Stoke City.

City are therefore the side to beat in the Premier League this season and it adds added importance to the first Manchester derby later this year, which takes place at Old Trafford in December, where fans will hope to see a top-class goal that can rival Wayne Rooney’s memorable overhead kick.

Manchester United face a wealth of important matches before then, though, as they must do battle with Tottenham, Chelsea and Arsenal over the course of the next six weeks and that means the Red Devils could find themselves off the pace by the time they host the Citizens. That said, they still remain amongst the favourites for Premier League glory.

Consistency is certainly needed then, with summer signing Romelu Lukaku having now gone three matches across all competitions without a goal and still having the jury remain out on his performances against top sides, with the draw against Liverpool not showing the Belgian striker in the best of light. However, United still boasts one of the strongest sides in the division, continuing their trend of having some of the league’s best ever players.

In a difficult week for Manchester United, Jose Mourinho has also found himself shrouded in speculation following comments that confirmed he will not finish his career with the Red Devils and suggestions that he flirted with Paris Saint-Germain, reportedly not happy at the lack of a new contract that he was promised after the Europa League victory.

Mourinho is a master of taking the spotlight away from his players though, particularly if they’re being criticised for under-performing, and this may just be another act from the Portuguese boss to protect his side.

Going toe-to-toe with Pep Guardiola, his arch-nemesis following the pair’s time in Spain, will increase the incentive for Mourinho to find success and he has a point to prove of his own, with some believing he’s past his best as a manager following early departures from Real Madrid and Chelsea.

It remains to be seen whether this is all a mere show for Mourinho or if the cracks are beginning to show on his Manchester United tenure but one thing is certain; there’s still a lot more to come from his Red Devils side.