The Battle of the Sexes

The battle of the sexes has been raging in Hollywood for as long as films have been made with stars like Jennifer Lawrence fighting for equality of pay and Reece Witherspoon fighting for more substantial roles for women. But now, Hollywood is taking on the issue in a whole new way with the release of a brand-new film “Battle of the Sexes”, which tells the true story of one of tennis’s most famous matches. The match took place back in 1973 and pitched former men’s world number one player, Bobby Riggs, against the current women’s world number two, Billie Jean King. 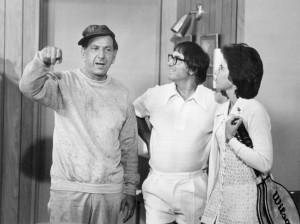 Riggs was already on a roll, having beaten the world number one, Margaret Court, earlier that year, and was determined to prove that the level of the men’s game was far beyond that of a woman. He was also an opportunist out to gain as much publicity and make as much money as he could from the match.

Though the game may have been a little more than a money-making carnival for Riggs, played in the film by Steve Carell, it meant much more to Billie Jean King whose cause is taken up in the film by Emma Stone. 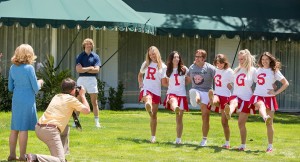 At the time, women’s sports were given very little attention, and for King, this was a unique opportunity to show that they deserved better. “I thought it would set us back 50 years if I didn’t win,” she said. “It would ruin the women’s tour and affect all women’s self-esteem”.

After much razzmatazz and some classic press conference showdowns, the pair finally took to the court at the huge Astrodome in Houston in front of 30,000 courtside spectators and a massive media contingent and no less than 90 million people watching the game on TV around the world. It’s no spoiler to say that, in one of the biggest upsets and highlights in tennis, and against all the odds, Billie Jean King won the match, beating Riggs 6-4 6-3 6-3. 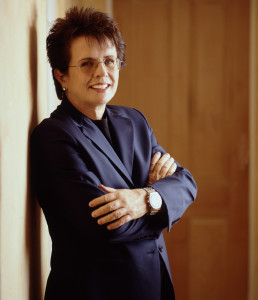 King went on to lead the fight for women’s equality in tennis, forcing the U.S. Open to pay equal prize money for women as far back as 1973. This was an incredible achievement, especially when you consider that Wimbledon and Roland-Garros didn’t offer equal prizes until well into the next century. Fellow tennis legend Martina Navratilova summed up King’s contribution when she described her as “a crusader fighting a battle for all of us”.

“In the 70s, we had to make it ok for people to accept girls and women as athletes,” explained Billie Jean King. “Those were much scarier times for females in sports.”

Today, women’s sports are slowly starting to get the recognition it deserves, with women’s football and rugby world cups making the headlines and The Women’s Ashes as fiercely competitive as the men’s when it comes to cricket. Unfortunately, there is still a long way to go as NFL star quarterback Cam Newton proved recently with his ill-advised comments to a female sports journalist.

Perhaps the new movie “Battle of the Sexes” will move the debate forwards once again in a positive direction. Directed by Jonathan Dayton and Valerie Faris, who worked together on “Little Miss Sunshine” and “Ruby Sparks”, “Battle of the Sexes” arrives in cinemas on November 24th. And the battle continues…