At PledgeSports, we’re die hard tennis fans and have helped players from all levels and ages raise money for tennis through sports crowdfunding.  So it’s no surprise that we have taken a huge interest in what’s happening in mens tennis this year. 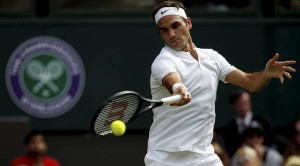 Who would have thought at the start of this year that Roger Federer and Rafa Nadal would completely dominate the mens tennis calendar of 2017, and fire up probably the greatest tennis rivalry in the history of the game once more ??

At the end of 2016 Federer had been out injured and at nearly 36 years old had been written of by most.  Nadal finished a somewhat disappointing year dropping to an ATP ranking of 9 in the world, while Federer ranking at year end was 16.

It started with an epic Federer V Nadal final at the Australian Open.  The rest makes for the history books. Federer wins goes on to win 2 consecutive masters 1000. 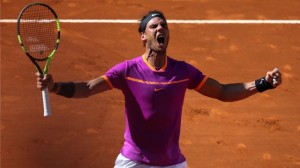 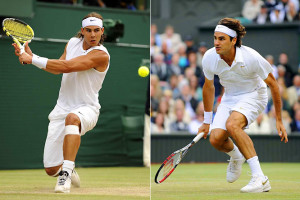 So far he’s won 2 majors the Australian Open, Wimbledon and 3 of the 9 ATP masters.

Nadal wins 2 majors, the French and US Open and 2 of the other masters.  Losing to Federer in the  quarters in Indian Wells and finals of Miami, and Shanghai.  He also wins the China and Barcelona Opens.

Nadal has played much more than his arch rival this year so will finish 2017 as world number 1 with Federer trailing a close 2nd.  However he has failed to beat his rival in their 4 matches in 2017.  With Federer easily dismissing him in straight sets at Miami, Indian Wells and Shanghai

All in, the 2 greats have more or less a completely dominated the tennis calendar in 2017.  With only the ATP finals in London to contend for, we can’t wait to see what 2018 has in store for us!

The 10 best tennis players ever 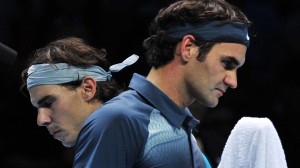