We’ve had a few interesting stories/complaints from people complaining about gym etiquette.

And we are not talking about the age old issues which are always covered like – when the sweat runneth down, wipe it up.  Bad smells, creeps or the really annoying habit of not of re- racking  (When someone uses a weights then leaves them lying around in stead or re-racking)

We are talking about people sitting on benches and machines in gyms not working out but instead Snapchatting or on some other social media channels.  ie taking up valuable space at peak times! 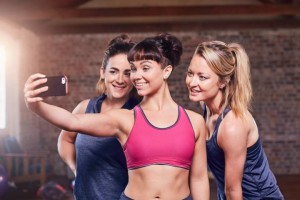 Yes the smart phone and the social media generation is making this a full blown crisis!!

This gym etiquette and behaviour and general awareness of other fellow members seems to be getting a lot worse as young people become increasingly addicted to their smart phones.

The best stretches for flexibility

The main problem specifically is rooted in people spending time on social media/their phones during gym time. They sit on equipment and stare at their phones, taking selfies, putting filters on the selfies, typing, listening to music.  With no concern for others waiting to use equipment 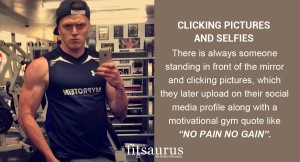 Time to call in the gym police??  We think so.  And this responsibility lies with management and instructors (maybe they can be renamed as enforcers)  to police.

Some suggestions the PledgeSports team have come up with to help with gym etiquette.  We will start with the soft approaches and work down.

The 10 best sources of protein 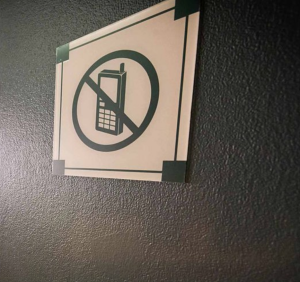 Gym is for exercising not to converse with friends and post pictures.  Be considerate to other members on time spent on equipment/resting.  Want to use your phone leave the bench

2.  Do like cinemas and block wifi and phone signals

The best exercises for weight loss

3.  Gym police – An instructor monitors phone activity by gym users and has a polite word to people who hog machines while using phones.

5. This might be a bit drastic but – 3 strikes your out.  If someone has to be warned 3 times they get booted out for a week!

Have a personal gym etiquette annoyance?  Let us know

Which are the Fittest sports to play