As a home grown Irish business we thought we’d ignore the famous / infamous sports personality of the year and take a look back at some of the better moments of Irish sport in 2017. 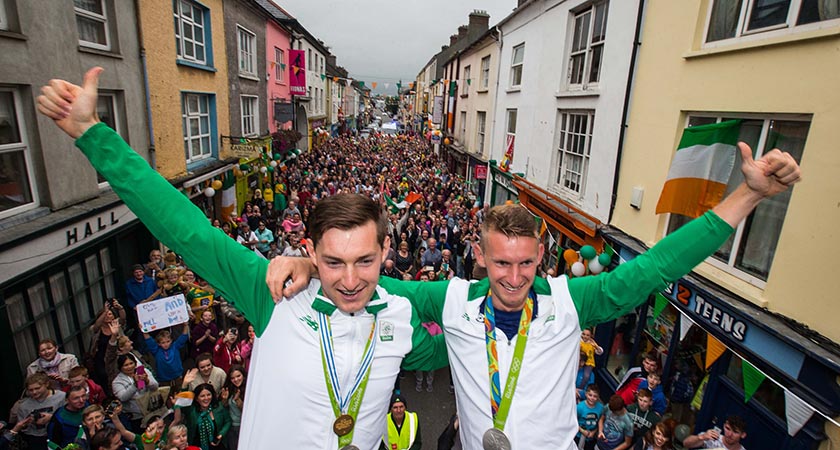 It was double delight earlier this year in the men’s World Rowing Championships. Paul O’Donovan retained his lightweight men’s single sculls World Championship title in Florida, while Mark O’Donovan and Shane O’Driscoll also claimed gold in Sarasota. The Cork man eased to victory in a time of 6.48.87 and at one stage was registering 43 strokes per minute, leaving his opponents trailing in his wake. After the hugh success in Rio last year for Ireland’s rowers this was also a huge achievement for the Cork lads. 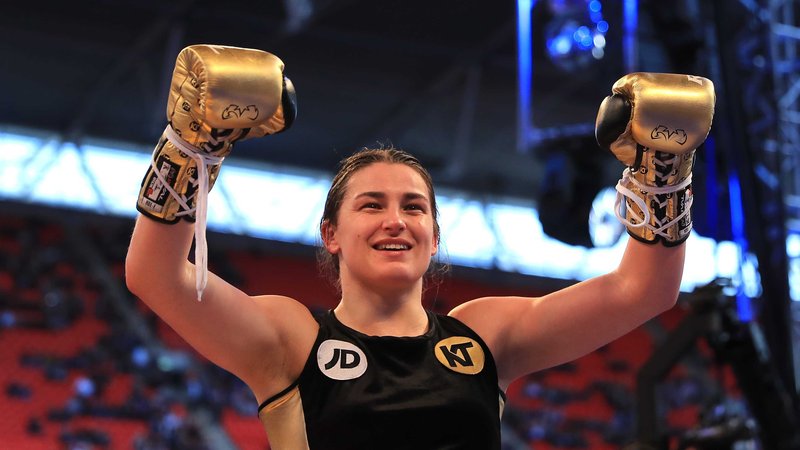 In October, we all tuned in to witness Katie Taylor take on Argentina’s Anahi Sanchez in Cardiff for the Women’s World Boxing Title. Over 74,000 people attended the huge boxing night in Wales as Katie boxed her way to her first world championship after only her 7th ever professional bout. However, the title win was a bit unusual as there was huge controversy as her opponent failed to make the required weight the night before the fight. 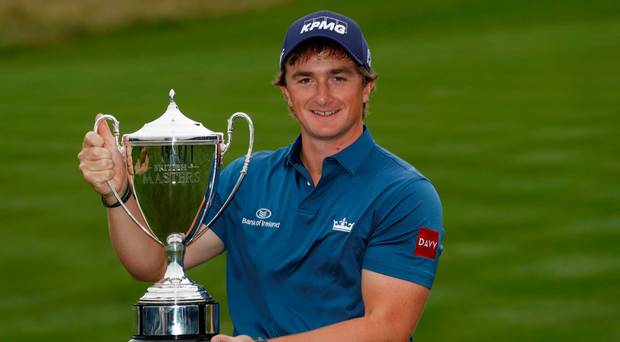 Two years after leading the Open Championship, Paul Dunne won his first maiden victory on the European tour. A final round of 61 ensured he fought off the late competition of Rory McIlroy and several others. The young man from Greystones held his nerve and landed the victory. It was his 51st appearance on the European Tour, and a 51st Irish victory on the Tour. The win earned him an impressive £500,000 and was one of the more inspiring moments in Irish sport in 2017.

The most popular sports in Ireland 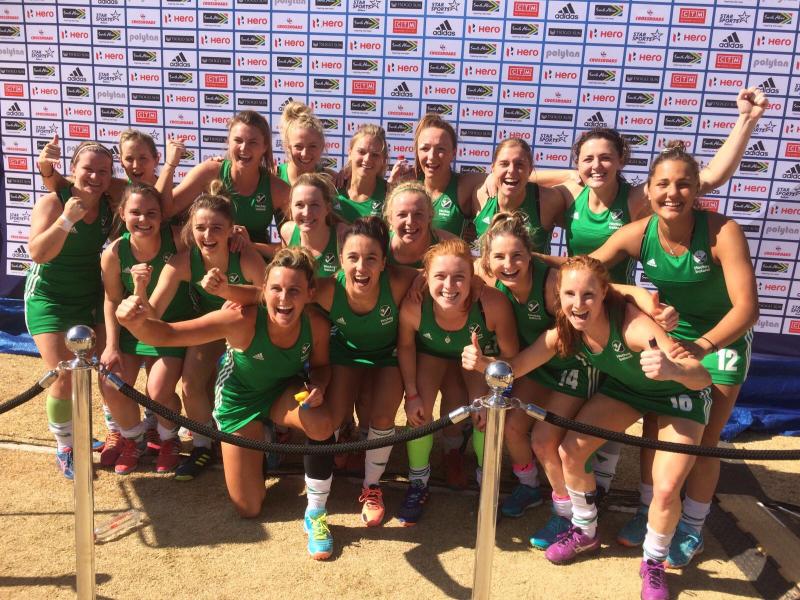 The success of the Irish mens hockey team qualifying for Rio 2016 has left a very positive mark on hockey in Ireland, or maybe it’s just the raw talent both teams have!  Either way the women’s team have qualified for the world cup finals for the fist time since 2002.  This will be held in London next July.  The mens team have qualified for the first time since 1990!  And will travel to India to compete next November. 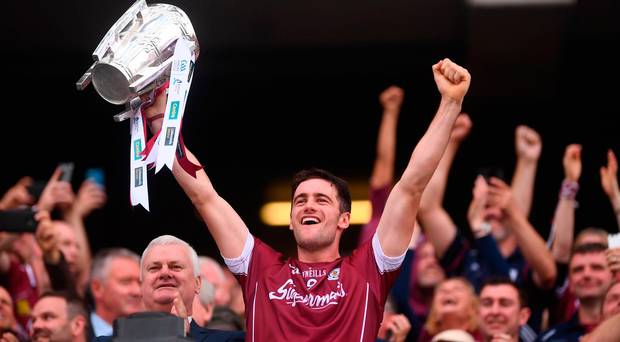 Galway came out on top as All-Ireland winners in the biggest day of hurling at Croke Park in September. It was their first victory since 1988 as they capped off the perfect season with a controlled and professional display against a very tough Waterford side. With six defeats in their last All-Ireland finals prior to this victory it was sure to be their day. The Tribesmen were focused on the task ahead as they fired home 26 points in a massive haul to claim victory.

Hurling makes our elite list of fastest sports in the world 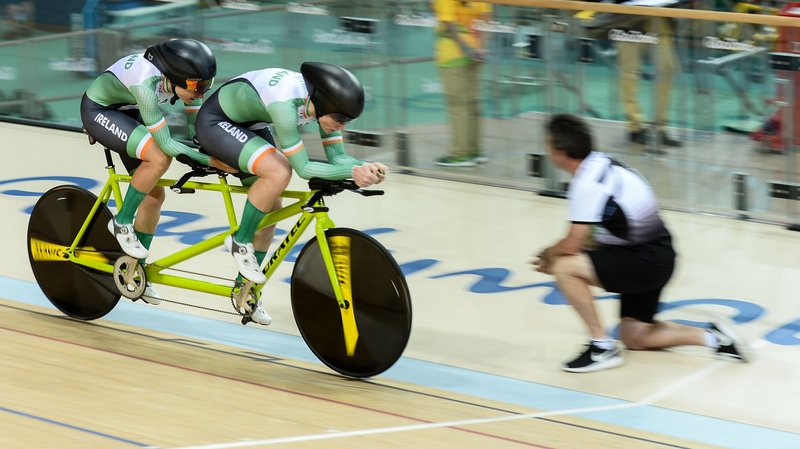 The Irish para-cyclist’s had a fantastic year with successes coming in May and also again in September. Katie-George Dunlevy and Eve McCrystal claimed their second gold medal in the Road World Championships in Pietermaritzburg, South Africa, winning the WB Tandem Road Race. In a bunch finish the Irish duo out-sprinted Poland to take the coveted world title, with Greece rounding off the podium as they took the bronze. 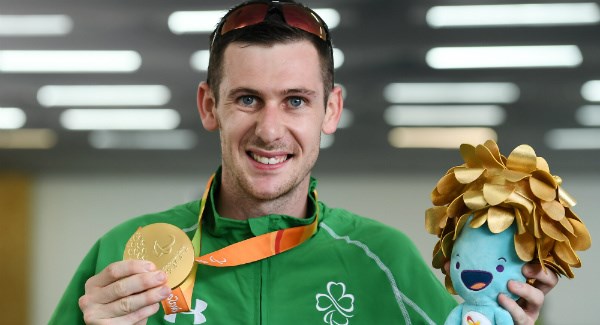 A remarkable victory for Michael McKillop in the T37 1500m World Championships provided us with one of the greastest days in Irish sport in 2017. This was his ninth World Championship gold medal as he stormed his way across the line in front of a huge crowd in London. The country Antrim man produced a sensational run in wet conditions to cross the line in a time of 4:36.38.

The most successful crowdfunding campaigns in sport 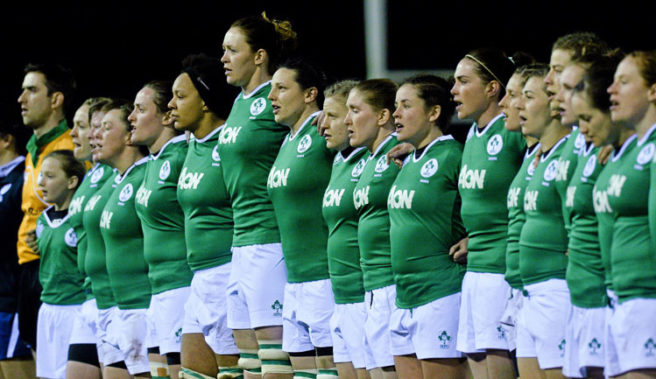 As the Women’s Rugby World Cup came to our shores, we were bound to put on a display. Even though the Irish team had an average tournament, the same cannot be said about the event as a whole. The tournament had a record total attendance of 45,412 and was the most socially engaged World Rugby event of 2017. A peak of 2.65 million tuned in to ITV in the UK to watch the final between England and New Zealand, who went on to lift the trophy. The game was the largest single audience for a Women’s Rugby World Cup final and almost half of the audience for the men’s final in the UK at RWC 2015. 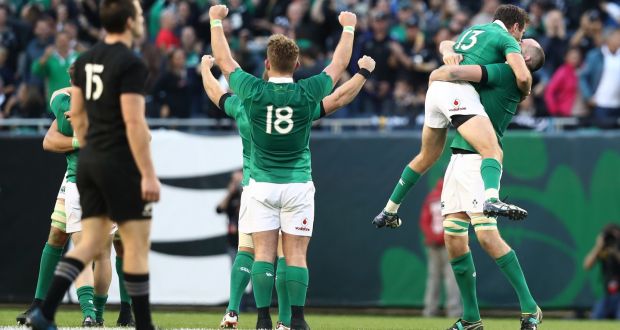 We know it was not in 2017, but it surely had to be mentioned on this list. This was Ireland’s first success over the Kiwis in 111 years and it came about in sensational fashion as Joe Schmidt’s men repelled a stirring second-half comeback by Steve Hansen’s side.

What was the 29th attempt from Ireland to defeat the All-Blacks they ended New Zealand’s incredible run of 18 straight victories. 60,000 people in Chicago witnessed one of Ireland’s greatest ever sporting moments. It was an incredible triump for Irish Rugby and Chicago had turned green.

Who can set up crowdfunding campaigns on PledgeSports 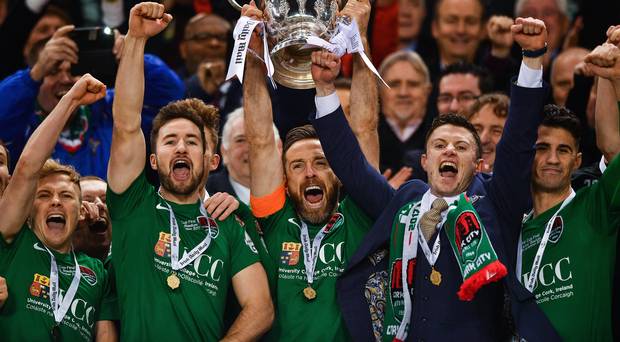 For the first time since 1951, the city of Cork got to welcome home a double of league and cup as John Caulfield’s side were unstoppable this season. After an incredible start to the season which seen Cork at one stage 18 points clear we knew they would be extremely hard to stop. Some say the scrambled over the line in the end but it was inevitable that Cork would come out on top.

Not only did they just win the league, they also defeated Dundalk in a dramatic penalty shoot-out in front of 24,000 fans at the Aviva stadium to win the FAI cup. Over 60 had past since this last occurred and it will surely not be forgotten.

The most watched sports around the world

PledgeSports operate in 42 countries around the world is the global leader in crowdfunding & sponsorship for sport.