The European Rugby Champions Cup is an annual rugby union competition for European clubs whose countries compete in the Six Nations Championship. Introduced in 2014, the competition replaced the  Heineken Cup, which had been run by ERC since 1995.

We have compiled a list of rugby champions cup winners dating back to 1995 where it all began. Check it out and see if you can remember some of the winners from the last 25 years. 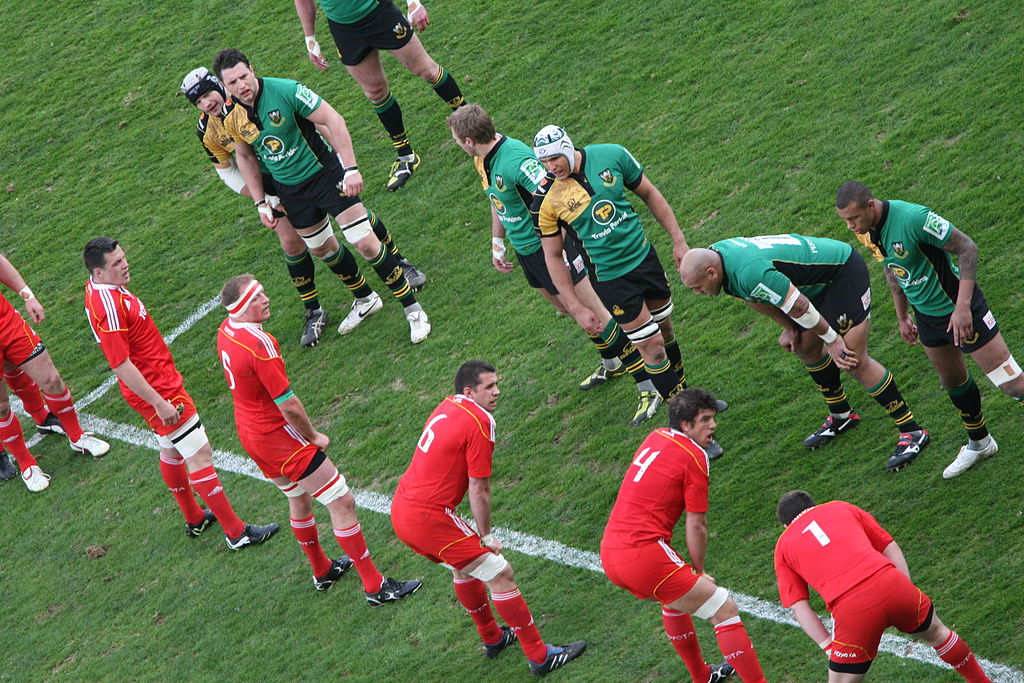 The first champions cup winners were the French giants Toulouse, they defeated Cardiff 21-18 in a close contest in Arms Park, Wales in front of 21,800 spectators. The first of 4 cups for Toulouse.

Brive took home the 1996-97 Heineken Cup trophy when the beat the Leicester Tigers in Cardiff 28-9. Over 40,000 were in attendance as the popularity of rugby continued to grow.

Bath clinched their first and only cup in the 1998 final when the defeated a competitive Brive side by only 1 point.

Ulster were the first Irish side to be addded to the list of rugby champions cup winners. The came out on top over the french side Colomiers at Lansdowne Road in Dublin. 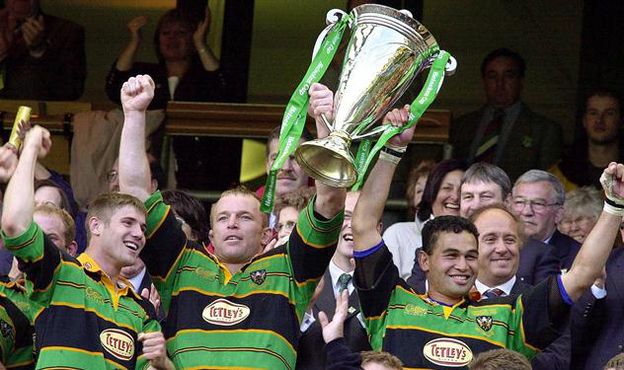 It was a gritty performance that seen the Northampton Saints win their first cup in 2000 at Twickenham. 9-8 was the final score in front an impressive 68,000 people.

Leicester Tigers overcame a tough Stade Francais team in the 2001 Cup final. They won 34-30 and were crowned champions cup winners for the first time.

Back to back wins for the Leicester Tigers, they were the first side to do this since the cups introduction. This was the first final to be hosted in the Millenium stadium with over 74,000 people packed in to see the final.

Toulouse had to wait almost 8 years before returning to the champions cup final. It was an all French tussle at Lansdowne Road as they defeated Perpignan by 5 points to claim the title.

The 2004 final seen London Wasps crowned as champion cup winners as Toulouse fell just short on the day. They won the game by 7 points. (27-20).

The 10 best rugby players in history

It took extra time in Murrayfield to separate Toulouse and Stade Francais. Toulouse came out on top and prevailed as champion cup winners with a scoreline of 18-12. 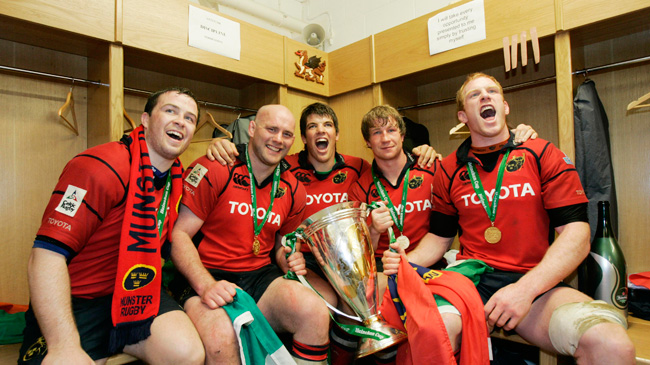 Munster defeated Biarritz in 2006 to claim their first Heineken Cup. It was a nervy and close match that only seen 4 points separate the two sides.

The two English sides battled it out at Twickenham in the 2007 cup final. London Wasps were worthy winners winning the game 25-9 over Leicester Tigers.

Munster coach Declan Kidney, who guided the province to all their previous Heineken Cup final named an unchanged team for his final game in charge before he took over the Ireland national team. Munster won their second title on the day defeating Toulouse 16-13.

It was an impressive campaign for Leinster in the 2008-09 season, they clinched their first cup trophy with a 3 point win over Leicester Tigers in Scotland.

After defeating Leinster in the semi-final, Toulouse claimed their 4th title over Biarritz in the Stade de France. It was a very close game with only 2 points separating the sides.

The most valuable sports team in the world

Leinster put on a masterclass second half performance in the 2011 champions cup final. They trailed 22-6 at half-time but came out 32-22 winners in the end. A remarkable display that showed true grit and determination. 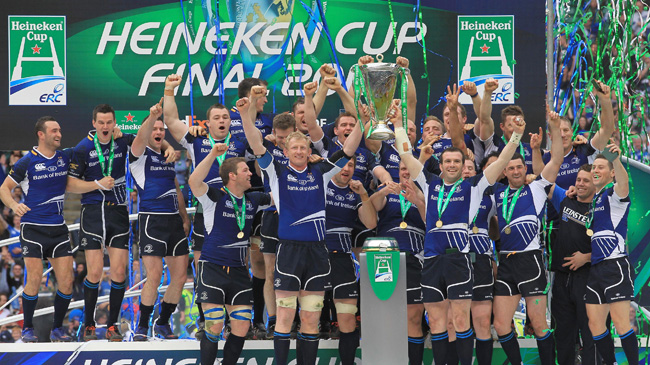 A sell-out of 82,000 people witnessed the 2012 Heineken Cup final. Leinster prevailed and ran away with a 42-14 win over their Irish rivals Ulster. It was Leinster’s third cup win in four years.

Toulon won their first cup final in the 2013 in Dublin over Clermont. It was a dramatic and tense match that seen only one point separate the sides.

Defending champions Toulon took on Saracens in the Millenium Stadium, Cardiff. The won their second title in a row with a comfortable victory of 23-6. This was the last Heineken Cup before it was replaced by the new Champions Cup title.

Toulon won their third title in a row and became the first ever side to do so. A 6 point victory in London was good enough to to defeat the French side Clermont.

The 2016 Champions cup final was contested by French side Racing 92 and Saracens of England. This was Saracens first European Cup win when they won the game by 21-9 in Lyon. 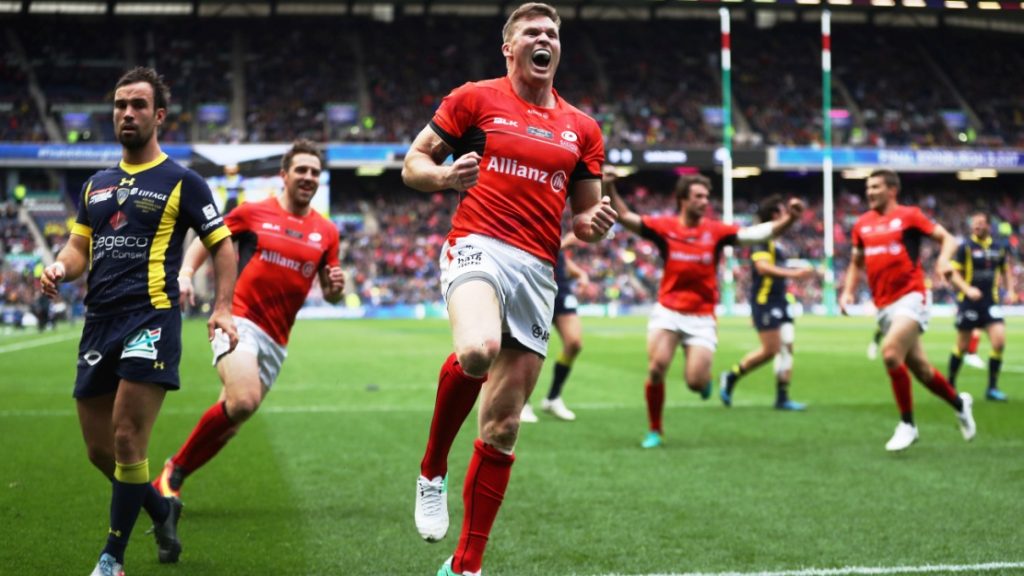 Saracens retained their trophy in 2017 with a win over French side Clermont at Murrayfield. The Saracens were also seeking to break a record of more than 17 unbeaten matches in a row, a figure that Leinster stood in the way of.

Leinster win the title for an amazing 4th time!  Beating Racing 92 in an extremely taut, tense and ultimately nail biting final in Bilbao.

The final between defending champions and four-time winners Leinster, and two-time winners Saracens was the one everyone was waiting for.  Leinster dominated the first half of the season on unbelievable form.  But Saracens form never dipped through the year and they proved just too strong for the boys in blue at the final.

This has been a year that most would like to forget, however this is a Champions Cup final we will remember.  A decisive late turnover by Jack Hidalgo-Clyne helped Exeter over the line in a brilliant match up and victory against Racing 92.

Toulouse claimed the European Champions Cup for a record fifth time in very tight game  against a 14-man La Rochelle team at Twickenham.  It was La Rochelle’s first Champions cup final and Toulouse’s seventh, and their world-class stars including European player of the year Antoine Dupont prevailed in this final.

Ronan O’Gara’s La Rochelle put in a stunning performance to beat Leinster 24-21 at Stade Velodrome in Marseille to win their first ever Champions Cup title.