A sneak peek into the salaries of our favourite sports personalities shows that they live big, their salaries are preceded by at least 6 zeros making them rank higher when it comes to ranking the wealthy in our global society. Due to their lucrative salaries, bonuses and endorsements from various blue-chip corporations and bookies who make profits from online sports betting, it’s always a good thing when they decide to part with a few thousands for the common good.

To fund the Common Goal Pledge, streetworldfootball seeks signatures of football players willing to pledge 1 percent of the salaries to the common good. The football industry is believed to be worth 30 billion thus streetworldfootball’s ultimate long-term vision of unlocking the 1 percent of the entire football industry’s revenue will go a long way in strengthening communities and promoting grassroots charities. 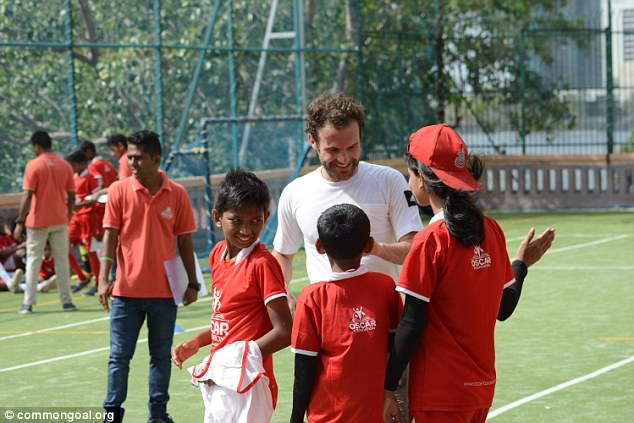 The first player to sign up on the Common Goal Pledge was Manchester United player, Juan Mata. He effectively became the face of Common Goal and his task is to help recruit more players in England and the rest of Europe to come on-board and support the project.

Mata has been successful in his endeavours thus far, as he recently signed up two English Premier League stars in Alfie Mawson of Swansea and Charlie Daniels of Bournemouth. These two have committed to the pledge and each week they pledge 1 percent of their salaries. Mata also brought on board two female stars, Megan Rapinoe and Alex Morgan. Another player, Hector Bellerin of Arsenal took the initiative of Common Goal to support the survivors of the Fell Tower in the UK.