The Complete Guide to the Cheltenham Festival 2018

Few events in horse racing can match the drama of the Cheltenham Festival. The four-day event (13th-16th March) features 28 thrilling races, several of which are the most important in their respective discipline. There are always shocks, dominant winners, falls, thrills, spills and some of the greatest jockeys and horses in the world. Here is everything you need to know about the 2018 Festival.

When and where is it?

The Festival takes place at Prestbury Park Racecourse in Cheltenham, Gloucestershire. It will start on Tuesday 13th March, with seven races held each day. The first race starts around 13.30pm (GMT), with the feature race held at 15:30pm each day.

What are the main races to look out for? 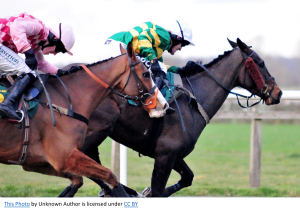 Who should I bet on?

That’s the most important question of the Festival, with tens of millions spent by punters on the races. The good news is that there are plenty of Cheltenham Festival offers, including free bets. This year, Might Bite (4/1) is the favourite for the Gold Cup. He won the King George VI Chase in December, meaning he is going for a rarely achieved double. Other horses sure to have lots of backers include Altior (11/8) in the Queen Mother Champion Chase and Buveur D’Air (4/7) in the Champion Hurdle.

What about jockeys to watch? 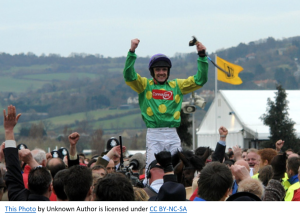 No jockey has made an impression on Cheltenham over the last decade quite like Ireland’s Ruby Walsh. He has a record-breaking 56 winners at the Festival – a record that may never be broken and one he is likely to extend this year. He suffered a broken leg in November, but he is expected to be back and fit for the Festival. He should ride Getabird and Footpad on Day 1. They are priced at odds of 2/1 and 11/8 to win the Supreme Novices’ Hurdle and Arkle respectively. They are the first two races of the Festival, so don’t be surprised to see Walsh on 58 all-time winners before people have even finished their lunch.

Two Irish trainers, Willie Mullins and Gordon Elliott, carved up nearly half the races between them last year. Mullins, who normally teams up with Ruby Walsh, has been the standout trainer at the Festival for the last five years. Elliott’s brilliant mare Apple’s Jade (8/11 to win the Mares’ Hurdle) and Mullin’s Un De Sceaux (11/4 to win the Ryanair Chase) will be among the most popular bets of the Festival.

What about the Gold Cup?

There are a few who may give Might Bite pause for thought. Sizing John (7/1) won the race last year and will be widely backed to do so again. Also keep an eye on Native River (13/2) – a horse of real quality who might just spoil the party.

Anything else worth noting?

Apart from the racing, you can always spot people very questionable headwear on Ladies’ Day (Wednesday 14th March). Also, as you may have guessed, there is a big Irish connection to the Festival. Thousands of Irish fans make the trip across the Irish Sea to attend the races, adding plenty of ‘craic’ to the Festival. But, the Irish trainers take the racing very seriously: they won 19 out of the 28 races last year. That included six wins out of seven on Day 3, which, fittingly, is called St Patrick’s Thursday.