When the Underdog Won Big

Underdogs are the inspiring unexpected winners that give everyone that sense of possibility. Against the most fantastic of odds, underdogs come seemingly from nowhere to cinch unexpected wins in history-making events. The palpable excitement during an underdog win is the thing of silver screen stories and oft-repeated inspirational tales. For the right gamblers, these wins are more than just motivating — they’re downright profitable. Consider the wins possible with some of these outstanding underdog moments. 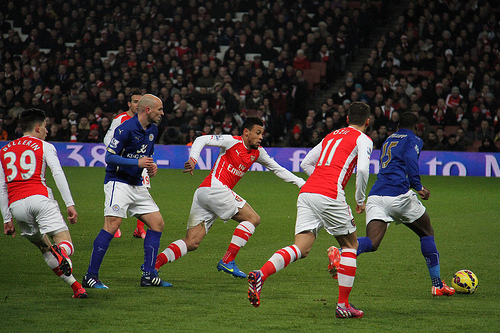 Leicester City was nearly relegated to the Football League Championship the for the 2015-16 season, so no one expected that this extreme underdog could actually go on to win the title. The odds of Leicester City achieving this win were 5000-to-1. This is nearly impossible to equate to other sports because the odds are so astronomical. BBC published a list of events more likely than this win, citing the chances of discovering Elvis Presley alive at 2,000-to-1 and the odds of discovering the Loch Ness monster at just 500-to-1.

Playing in a league based largely on financial investments, Leicester City spent around a tenth of what top teams pay for their players. They had never won a major trophy. Nevertheless, the underdogs swept in and took the Premier League Title. Allegedly, bookmakers paid out $14 million in various bets on this underdog.

The U.S. Took the Hockey Gold Medal in the Olympics

During the 1980 Olympics, the United States made underdog history by taking the gold medal in hockey in what became known as the “Miracle on Ice.” The Soviet team was the defending gold-medal winner with four consecutive medals in previous Olympics. The average age of the players on the American team was only 22. The odds of the team winning were 1,000-to-1. Nevertheless, the U.S. team defeated the Soviets 4-3, defeated Finland in the final, and took the gold.

In 2011, the chances of the St. Louis Cardinals winning the World Series were 999-to-1. The Cardinals were considered underdogs throughout the season, yet they overcame a deficit of 10 1/2 games to get into the playoffs on the last day. The Phillies were widely expected to take the World Series that year, yet the Cardinals beat them in game five. Next, they overcame the highly favored Milwaukee Brewers in four games. Finally, they took the series in game seven against the Rangers. Though the team was an unlikely bet, one man made it and came out $125,000 richer.

The United States Defeats England at the World Cup

In 1950, the odds of the USA beating England at the World Cup were 500-to-1. The American team had lost all seven of the previous international matches, and the English team was heavily favored to win. In the game that was later dubbed the “Miracle on Grass,” Joe Gaetjens, the American center forward, scored the only goal as this squad of part-time players managed an astonishing underdog win.

In the 2000 Olympics, Rulon Gardener faced off against Alexander Karelin. Karelin was undefeated in every international match of his 13-year career. For seven years, no one had scored a point against him. The odds of a farm boy from Wyoming beating him was 2000-to-1. Rulon’s highest placing was fifth worldwide. Though only a single point was scored in the match, it went to Rulon. The unlikely winner said in an interview, “I’ve always been an underdog, every step of my life. I can’t believe I actually won.”

Ronda Rousey had an intimidating record behind her as she faced Holly Holm. Rousey had won her last three matches in just 34, 16, and 14 seconds. Holm was the definite underdog, yet she delivered Rousey the only loss in her career, knocking her out in the second round. Round two lasted 59 seconds before Holm claimed her win. Odds of the win were 20-to-1.

If you have faith in the underdog, you can cash in on some outstanding winnings when you make the right bets. Though the odds are often long, these astounding underdog victories help prove that anything is possible in the volatile and unpredictable world of sports.