Player and manager fallout will always happen particularly when 2 big egos clash, but these are 7 which made global football headlines and some which will never be forgotten. 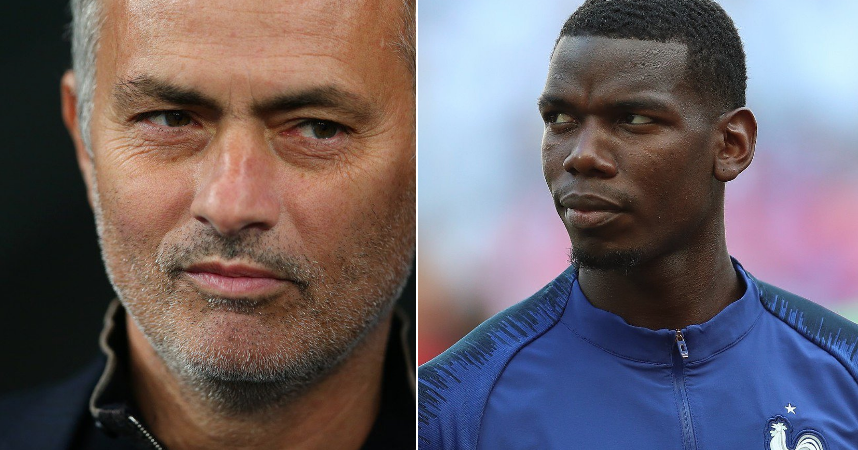 Currently being played out in Manchester United is the on going sage between Paul Pogba and manager Jose Mourinho, and every week there has been new twists and turns.  It all kicked off before Pogba even played under Mourinho, who was more than unimpressed with all the fuss surrounding Pogba’s arrival to the club.  The feud became public in 2018 and doesn’t look like it will be ending anytime soon.   Mourinho is well used to fued’s and here’s an other one for the records:

In 2005 and 2006 Chelsea won back-to-back league titles under Jose Mourinho but this glory didn’t last too long.  After a dismal season in 2007, the self-proclaimed Special One was sent packing from Stamford Bridge following his friction with club owner Roman Abrahimovich.

One of the biggest causes of conflict between the two was over Ukrainian striker Andriy Shevchenko, a friend of the Russian billionaire who was brought to the club for big money.   This didn’t stop him being noticeably ignored by Mourinho on a few too many occasions.

It was clear Shevchenko did not fit into Mourinhos scheme of things at Chelsea, and the team manager informed the media that the striker had to improve to find a place in his team.  Abrahimovich wasn’t in agreement and blocked the signing of strikers Jermain Defoe and Milan Baros, insisting that his man could do the job.  Then to rub salt on Mourinho’s wounds or more like ego,  his assistant was fired and replaced by the Russian-speaking Avram Grant to help Shevchenko regain his form.

The 10 worst excuses given by players and managers for losing a football match!

David Beckham’s marriage and tabloid / celebrity lifestyle was clearly pissing Ferguson off but the big public moment of notoriety between Beckham and Ferguson’s came in February 2003 when, after a 2-0 defeat by Arsenal, Sir Alex unleashed a furious dressing down to the team, namely Beckham.  The Scot then kicked a boot towards Beckham in rage which hit him in the face leaving a nasty gash above the midfielder’s eye which needed 2 stitches!

Beckham was then sold to Real Madrid for £25m in the summer of 2003.   David Beckham later revealed how he lost control and had to be dragged away by teammates after Manchester United manager Sir Alex Ferguson kicked the football boot into his face.

Jaap Stam’s departure from Manchester United is shrouded in more rumour than that of David Beckham.

Sir Alex had a reputation for being ruthless with any of his players who threatened to challenge his authority, and Jaap Stam made it on to this list.  The United Manager was furious with the defenders allegations in his 2001 book, Head to Head, about colleagues and the coach himself.  Stam was promptly sold on to Lazio.

Stam can take heart in the fact that Ferguson later admitted he had made a ‘big mistake’ by selling him.

No soccer fan in Ireland will ever forget this one!   The Republic of Ireland had done relatively well coming into the 2002 World Cup, and were training in Saipan when all hell broke loose between the manager and player.

Keane was unhappy at the standard of the travel arrangements, food and the training facilities available to the Ireland team as they readied themselves for the World Cup and and said all this in an interview with The Irish Times.  When Mccarthy held up a copy of the article in a team meeting and quizzed Keane about it an argument kicked off.  Then and McCarthy infuriated Keane by accusing him of faking injury in a match.

Keane was then sent home and the blame game started, dividing the Irish population.   The players stood by their manager, and Roy Keane’s international career under McCarthy came to an end.

Having lost their captain and best player on the eve of the tournament, Ireland got knocked out playing to make the quarter finals.  The 2002 World Cup in Japan is remembered by Irish people today for one incident only, “Saipan,” and to this day still divides opinions.

This famous fallout got fully revealed in an autobiography Rooney wrote as a 20 year old.   In his autobiography the striker said he thought Moyes was jealous of the success he was enjoying – “I would have gone almost anywhere just to get away from David Moyes.”  “To me he appeared overbearing, just wanting to control people.”  Moyes subsequently took Rooney to court and won a significant payout in damages.

Today all is forgiven though as they both acknowledge how they helped each other, and Rooney reportedly raged against United players who were celebrating the departure of Moyes back in 2014.

This is a real love / hate affair.   Cassano had a difficult and poverty stricken upbringing but had great talent which brought him to the attention of Fabio Capello who brought him to Roma for huge money back in 2001.  But Cassano was the belligerent type who liked to pick fights with everyone from team-mates, referees, match officials and most of all with the man who had recruited him!  Capello once said: “Anarchy is always around the corner with Cassano.”

After Capello’s departure, Cassano had a spectacularly fallout with new manager Luciano Spalletti while in the process of demanding a new contract

A few years later Capello and Cassano were reunited at Real Madrid and it didn’t take long for the fireworks to erupt again and the Italian bad boy ended up featuring in just 19 league games in one and a half seasons, scoring just two goals.  During this time it was common practice for Cassano to yell and swear at his manager, and was famously caught on camera impersonating Capello before a game,  Cassano was swiftly moved on an retired in 2012 in even more controversy.

Got another greatest football player and manager fallout that deserves a mention?  Send it to us – info@pledgesports.org