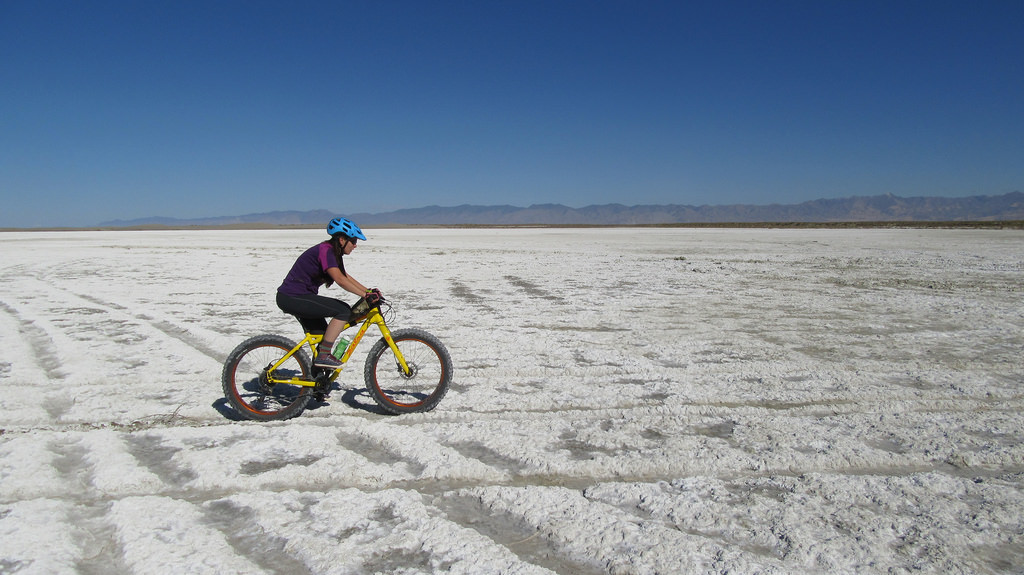 Cycling is growing in popularity because it is something that is good for the environment and for keeping you fit. Whether it is everyday cycling to and from work or taking part in competitive races, there has never been a better time to get on your bike. Despite the rise in cycling though, there are still some sports involving bikes that are pretty obscure.

Bike football sees the two opposing teams – both with two players – trying to score goals while riding around on bicycles rather than running. For all the strangeness of it, the rules are very simple as the winning side is the one that scores more by the end and putting your feet on the ground is a foul penalised by a free kick for the other team. The game is also called Radball and the bikes used are fixed gear ones that do not have brakes on them!

This is sometimes referred to as bike gymnastics and it is definitely a form of cycling that would test anyone’s athletic skills to the maximum. The competitors have to perform gymnastic displays like standing up on the seat while riding around the arena on a fixed gear bike. They also have a limited amount of time to complete their displays. It is fascinating to witness, but probably not something you should be trying on your bike on a busy road.

The Weirdest and Wildest Sports

Fat biking is an extreme sport that originated in Canada and involves riding your bike on ground covered by thick snow. It has several benefits for those who try it, as the task of driving yourself on through the snow gives you the same sort of challenging workout as running on soft sand, while the low tyre pressure on the specialist fat bikes that are used makes you feel as if you are floating when you are in the saddle.

Bike basketball sees two teams riding fixed gear bikes and attempting to shoot baskets, but beyond the cycling aspect there are other differences from conventional basketball. For one thing, there are only four players on each side, and for another, the players do not have to dribble by bouncing the basketball. It became a very popular game in France during the early part of the 20th century, but never really caught on anywhere else.

Basically this is American football only on unicycles rather than on foot and it features two teams of five players. One of the biggest challenges is keeping your balance on the unicycle when you are tackled, but despite the potential for a hard landing it is popular enough to have its own Football League. It has fairly complicated rules, but one that is easily understandable is the requirement for players to wear protective helmets.

If you are fond of cycling and don’t mind a challenge, why not have a go at one of these unusual cycling sports.