Anish Luitel is mountaineer and scout leader and volunteer, he has summited Everest twice and once unsuccessfully.  Anish is currently fundraising on PledgeSports to complete the 7 Summits Challenge – Climbing the 7 highest mountain in 7 continents.

Below is his experience of climbing Mount Everest: 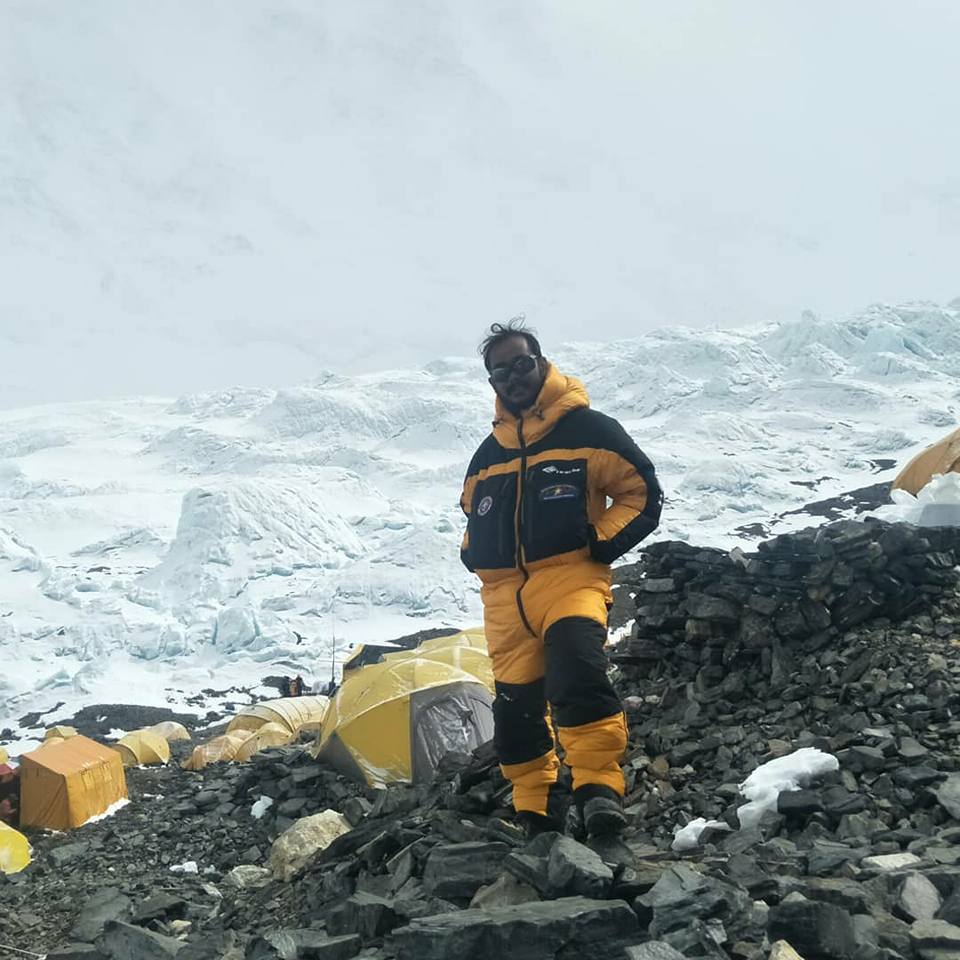 My first attempt at climbing Everest was on 25th April 2015 in which I had to face the massive avalanche at Everest due to the earthquake in Nepal.  My climb was a failure for the first time. When the Earthquake struck I was at Camp II of the Everest region.  I, along with seven other members of the expedition team, was in the dining tent.  The tent started moving as if it was floating on water.  We ran out of the tent and the next thing I remember was being pulled out of the snow by my Sherpa friends.  Unfortunately, four members of my team could not be rescued and passed away.

Luckily, I had survived and after two days was airlifted by the helicopter which brought the remaining of my team and my Sherpa brother safely back to Camp I.  Upon arriving at Base Camp I saw many deaths and massive destruction caused by the earthquake.  This sight really disheartened me and I thought that was the end of my dream of climbing Everest.

The most dangerous mountains in the world

The very next day, I came back by a helicopter to Lukla which is named the most dangerous airport in the world.  There were no flights available from Lukla to take me back home to Phuplu for two weeks so I trekked back to Phaplu.  This took me three days on foot. When I got back home I again took active part in volunteering with the scouts and Duke of Edinburgh’s International Award. 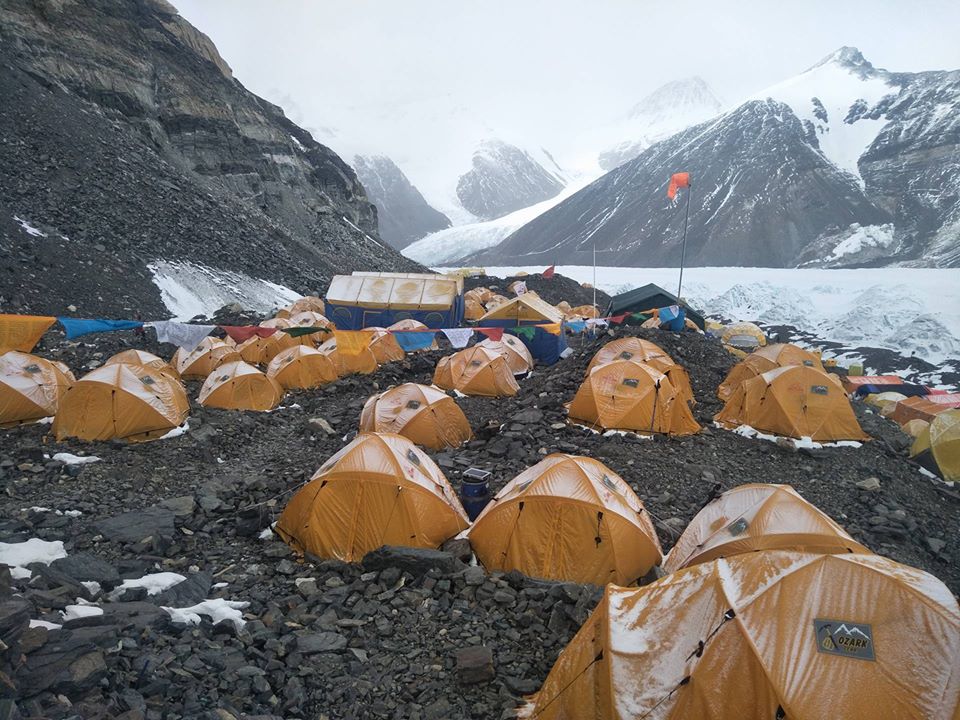 Being a scout and award participant I decided to give Everest another try.  My fellow mates, friends, family members, officials from Nepal Scouts and the Award office of Nepal were the main motivating factors for my decision.  Everest, the highest peak of the world, itself was a big challenge but due to the experienced Sherpas and the good instructions of Base Camp Manager, I was able overcome all obstacles and was determined that I could do it.

The reason for most fatalities on Mount Everest

I was finally on the summit at 5:27 am on 21st May 2016 from the southern side,the biggest day of my life. I was very emotional when I made it to the top and had tears of joy. I was so happy because I was at the highest peak of the world and had this golden opportunity to represent the Constitution of Nepal, the National flag of Nepal, World Scout flag, 100th year anniversary flag of Boy Scouts of America and the banner of the Duke of Edinburgh the International Award all up at the top of the world and at this point I really had a very big sense of achievement in myself.

Finally, I became the first scout from Nepal to climb Mt.Everest and first person from the world to climb Mt. Everest with the constitution of a nation. I am very happy to be a part of the World Fellowship of Scouting and the Duke of Edinburgh’s International Award which has inspired me to live my dreams. The trek to the summit was a difficult one but I was determined. 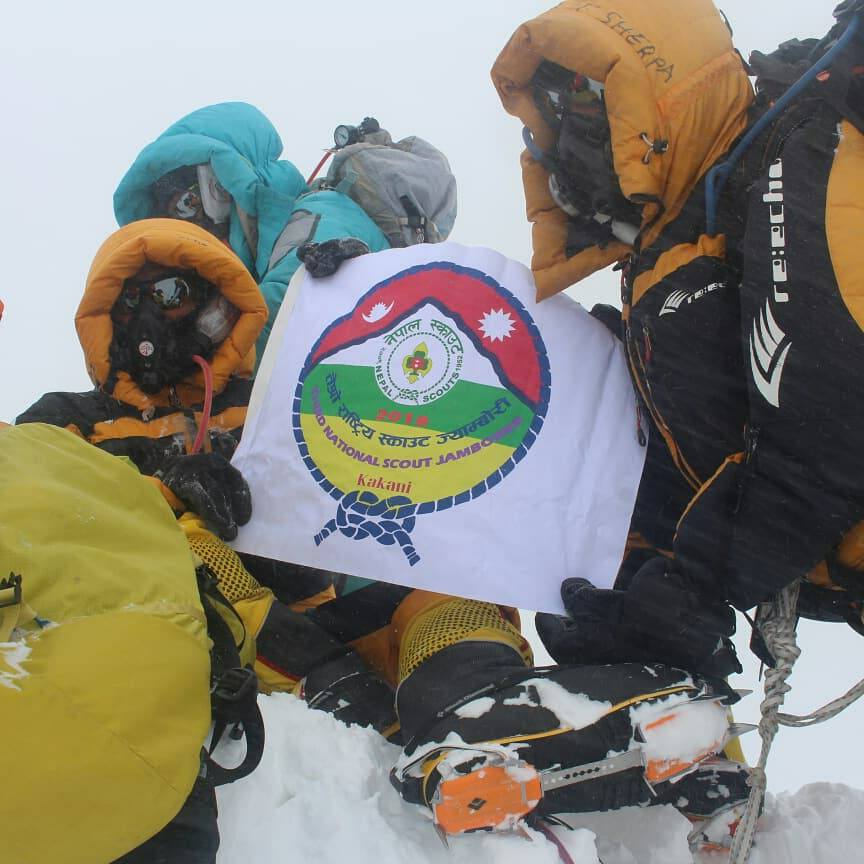 My next mission was to set new goals for the upcoming young generation and exemplify that nothing is impossible. If we truly desire and set a goal, I believe that all of us will eventually make it there.  I received a World Jamboree Flag for the Boy Scouts of America. So, I set my goal  once again to climb Mt. Everest but this time from the Northern side in China. My third  attempt to climb Mt.Everest was past May from the Northern side in China. I found the northern side more harder than the southern side due to the wind and heavy snowfall.  Finally,I summited from Northern side on the 14th of May 2018 at 11:35 am with the flag of 24th World Scout Jamboree which is going to be held here in the United States in 2019.

When I summited from the northern side the weather was very bad and I was climbing alone. I followed the rope fixing team and was the first to reach the summit. When I was descending from the summit I arrived to 28543ft and was exhausted due to the heavy wind and snow fall and I thought I am gonna die.  Sometimes, I had to walk like a monkey using my hands and knees and finally I arrived at camp 4.

I had planned  to go back to the north col at 23000ft but due to the bad weather and my bad health condition I decided to stay at camp 4. It was a very difficult night for me without a sleeping bag. I had on my down suit but had no hot water.  I asked a group from Russia if I could have a place in their tent and they allowed me to sit in the vestibule of their tent without a sleeping bag or mattress. The Russian team was waiting for their summit push and I was back from summit.

Finally the Russian team moved for their summit push from camp 4 and at 2 am I used their sleeping bag and thought I will now live. When I opened my gloves, my hand was totally green and  thought I would loose my fingers from frostbite. I used my summit socks to make my hands warm and slept with oxygen. My fingers were very paining and when I woke up my summit socks were full of blood from my fingers and I thanked god as my fingers were fine then. That morning, I descended back to Advance base camp at 21325ft from 27230ft.  I rested there and the next day I came down to Base camp and returned to Kathmandu by way of Kerung ( Nepal/China) border.

One thought on “My experience of Climbing Everest – Anish Luitel”