Preparing Mentally and Physically for a Big Game

Depending on the kind of sport you play, the preparation methods before a game will vary, but there are certain elements of physical and mental preparation we are going to discuss today that are generally useful for almost anyone who has a big game coming up soon. Read on to find out more. 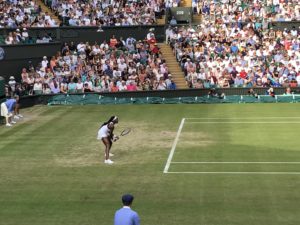 Practice Only What You Have Already Mastered

Going by the presumption that there’s a big game coming up where you will be taking part soon, it is quite likely that you already have a fair bit of experience in playing the game.

Just before the big day though, avoid trying to learn any drastically new strategies or moves which you have not mastered already. It will likely mess up your established game, making what you already had learned, less effective. This is just as true for chess players as it is for football players.

Instead of learning new things just before a big game, focus on what you already know and try to polish those skills/strategies to perfection.

Make Sure You Get a Good Night’s Sleep

A good night’s rest is so important that your coach will probably put more stress on this than anything else before the big game. However, it’s not easy to sleep early and get in your eight hours if you are not used to that routine to begin with. Therefore, it is imperative that you start getting into bed early for at least a week beforehand.

However, setting aside damaging, late-night party habits, even the most disciplined athlete won’t be able to get a good night’s sleep if he/she suffers from things like obstructive sleep apnea, snoring disorders and an overall tendency to breathe through the mouth.

To prevent this from disrupting your rest every night and particularly before the game night, try using adhesive snore strips, starting from at least three to five days prior to the big day. They will provide support to your lower jaw, allow a bit of mouth breathing through a filtering mesh, and you will wake up more rested than ever before in your life.

Never pop a sleeping pill before the game night, because that essentially guarantees the fact that your reactions and cognitive functions will be compromised during the game. Not getting enough sleep can also do that, but getting the dose wrong can make things even worse.

The importance of sleep on the mind and body

Temporary distraction is more effective than incessant obsession when it comes to the night before the big game. Obsessing about it will not help, but will only make you less productive, as well as affecting your sleep.

You have already practiced and prepared as best as you could, but on the day before, allow yourself to get a little distracted with a much needed break and spend some time with your friends and/or family. Just be sure not to indulge in alcohol or anything else of the kind, even if you are tempted to take that “one drink for relaxing the nerves!”

Go to bed early like we discussed and when you get up in the morning, it’s time to concentrate on the game again. Chances are you won’t be so tensed as before, after a nice, relaxing day and eight-hours of solid, uninterrupted sleep.

When someone has been playing or practicing a game for a while, they have already developed most of the skills necessary to excel, but the big game is when it’s finally time to put those skills on show. Therefore, it only makes perfect sense that you take as many steps as possible to ensure peak performance on the most important days. In case you don’t get the results that you wanted, at least you know you did your best.

The most 5 mentally challenging sports