We now know about the most protective helmets in football thanks to the best guide by GameDayr. However, the word concussion evokes more fear these days than it ever has. The notion that football helmets can prevent concussions is one of the biggest misconceptions of the sport. They don’t. 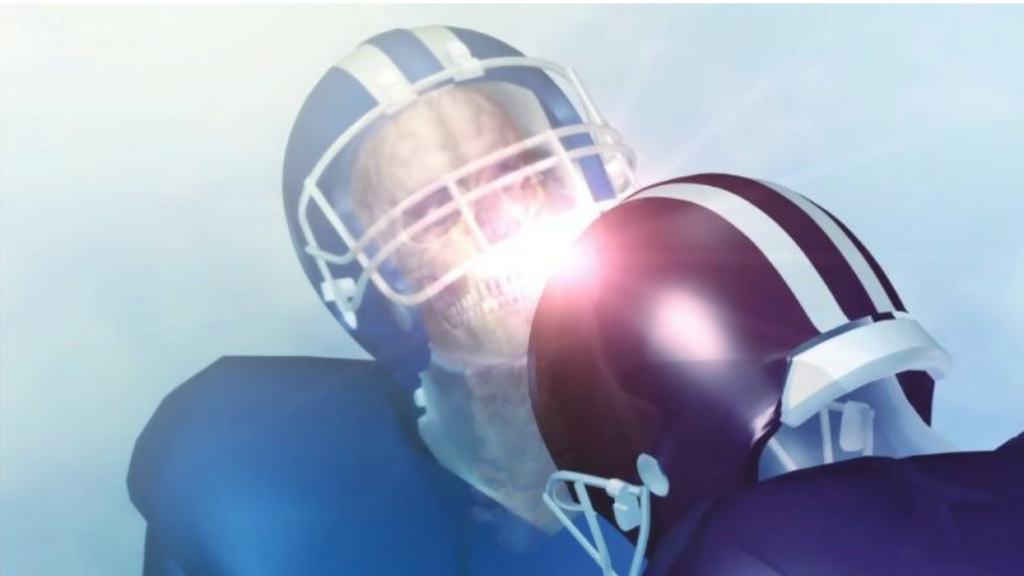 Concussions are caused when the brain moves inside the skull. Regular helmets only protect the skull from fractures and do not prevent the brain from rattling inside it. The average football player suffers thousands of blows the head over their career. There is mounting evidence that repeated concussions can lead to chronic traumatic encephalopathy (CTE).

This disease is degenerative and can cause severe neurological problems such as memory loss, confusion, aggressiveness, dementia, Alzheimer’s, depression. It’s easy to assume that since the players aren’t colliding – skull-to-skull, into each other, the helmets are doing a good job cutting down the risk of a concussion. This is false, and the science behind it is shocking. 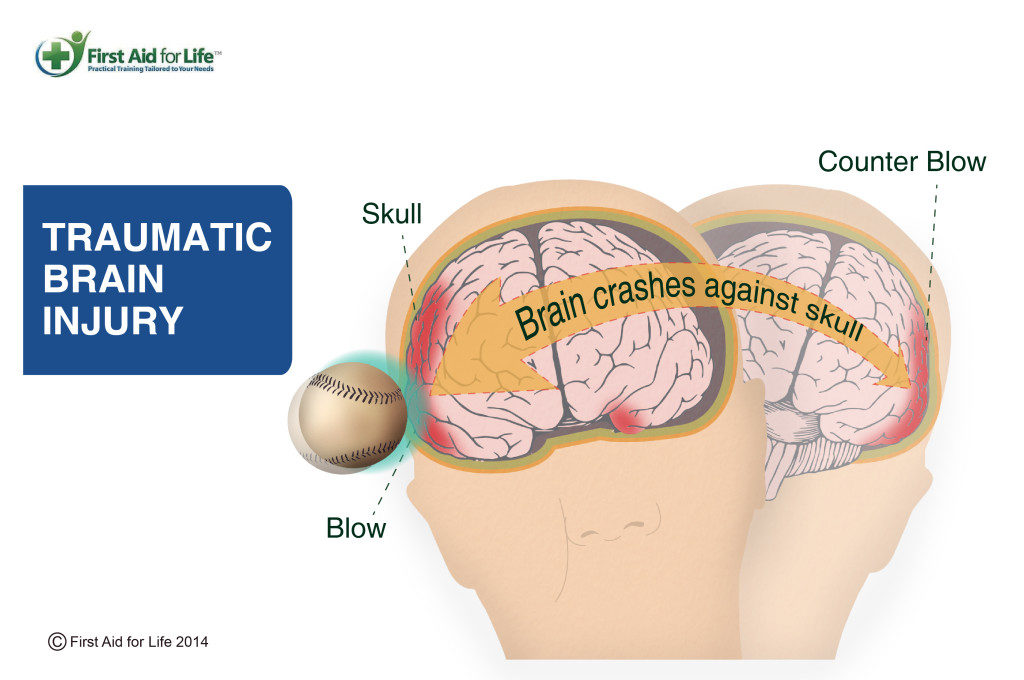 The Scientific Implications Of Wearing A Football Helmet

Researchers have known for years that helmets do little or nothing to prevent concussions. Studies suggest the helmets give players a false sense of security – a faux-psychological conviction of invincibility. Since they believe that the helmets give them sufficient support, they use their heads as a weapon and charge and hit more often. Without a helmet they’ll feel less assured of protection from danger and are more cautious.

A helmet-less head has its own protective systems. The cerebrospinal fluid surrounds the soft brain and cushions it from receiving jolts. This mechanical protection is negligible when dealing when the brain is accelerating at high speeds and comes to a hard stop. The rapid change in momentum causes the brain to tremble inside the skull so much that the cerebrospinal fluid can’t guard it.

And while the inner padding of the helmet was designed to provide additional support, it doesn’t. It only prevents the athlete from facial trauma and skull fracture. Studies have revealed that padding does not provide sufficient cushioning against all concussions.

Effects Of Concussions In Football

CTE is a traumatic brain injury that is caused by repetitive head trauma. It involves gradual changes in the brain that worsens over time, and may not be noticed for years and decades after the last brain injury. Common symptoms of CTE include confusion, memory loss, aggressiveness, depression, and dementia. This disorder is most often found in athletes who have experienced continuous head injuries. Also, some former football players who suffered CTE have either committed suicide or murder.

One blockbusting example of CTE is former NFL star Aaron Hernandez, who, at 27, committed suicide while serving life in prison for murder. Autopsy reports showed that he had a severe case of CTE – the worst case ever reported in such a young man. 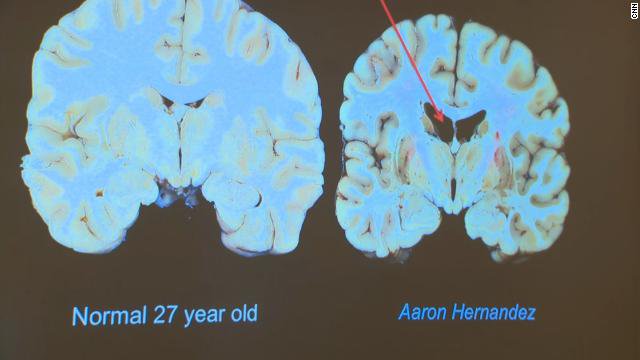 A study published by the Journal of American Medical Association (JAMA), found that among 202 deceased ex-football players, 117 were diagnosed with CTE. There were 111 ex-NFL players in the investigation, and 110 of them, were diagnosed with CTE. And while these figures does not make a generalized statement for all former football players, as all the subjects studied were denoted by family members who asked to know if CTE was the cause of their beloved ones’ demise, it does show that may former football players have developed CTE.

What Is Being Done?

The NFL has changed several rules to make football safe. A Kickoff now takes place at the 35-yard line instead of the 30-yard line. Touchbacks have been moved from the 20-yard to the 25-yard line.

The crown-of-the-helmet rule (CHR) is a new rule which penalizes defensive players or offensive ball bearers who make contact with another player with the top of their helmet. This measure effectively lowers the weekly possibility of defensive player concussions from 29 to 32%, as well as the possibility of all head and neck injuries by 34%.

The NFL awards a lot of research grants toward finding a long-term solution for concussion.  Vicis stepped up to the plate, ran with NFL’s outlay and developed the Zero1, an innovative helmet that is primed to address one of football’s biggest conundrums.

The Zero1 is not your typical helmet; it is multifaceted, flexible helmet, which diminishes linear and angular forces onto the head. The exterior looks like a standard helmet but reacts differently when it collides with anything. Hard-shelled helmets from Schutt, Riddell, Xenith, etc., remain rigid when hit. However, when the Zero1 morphs its shape when hit to absorb more impact. It has a lot of separate columns of padding inside that deforms and absorbs the force. 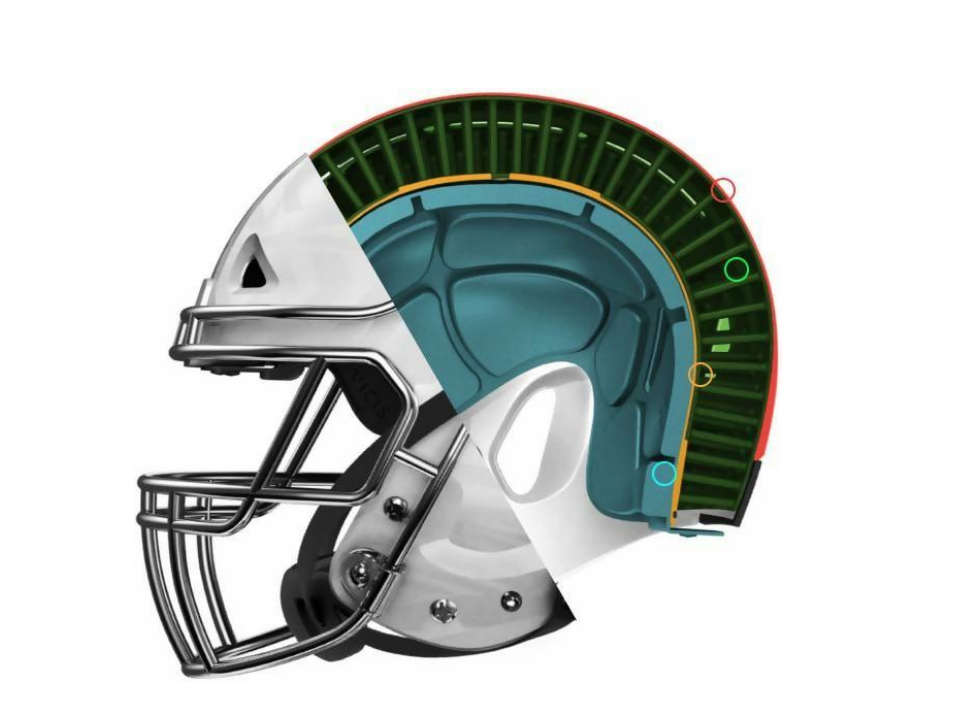 Its multi-layers work in tandem to tone down the impact forces before the rattle the head and brain. The Zero1 made its debut on the field at professional and college level in the 2017-2018 season, and ranks #1 in the NFL/NFLPA 2017 Helmet Laboratory Performance Testing. It was worn by 60 NFL players in 2017 including Alex Smith, Russell Wilson, Golden Tate, and Lamar Miller. It was also donned by more than 20 NCAA programs in the same year. The helmet costs a dear $950.

Biomedical Engineer and former football player, David Camarillo, feels that there the truth about the most critical causal factor of concussions still befuddle scientists. He then develops a mouthguard, with gyroscopes and accelerometers that measure the movement of the head every 1000th of a second. He also collaborates with scientists at KTH Royal Institute of Technology in Sweden to view what is happening inside the brain with the data collected on the field. 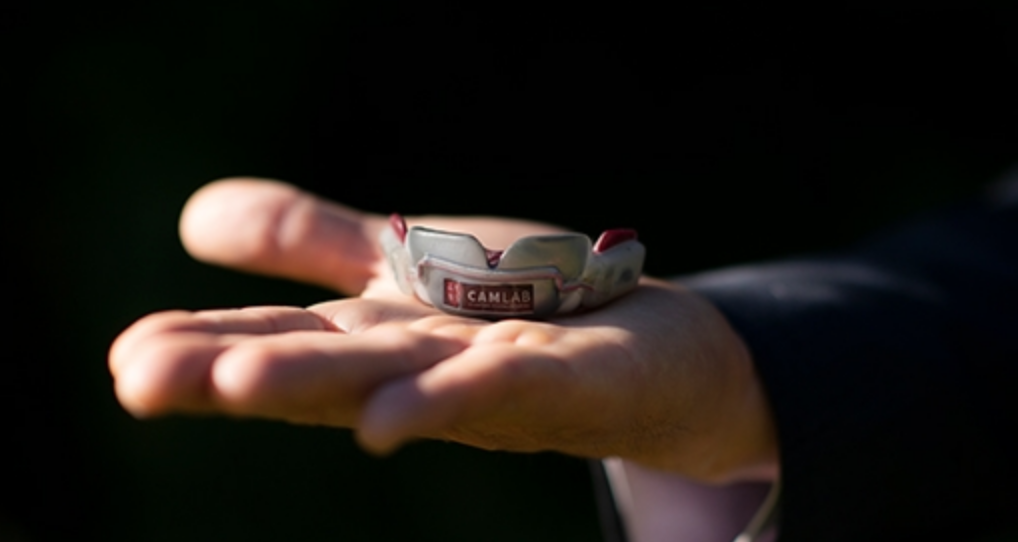 The mouthguard is well-placed on the teeth because it is one of the hardest parts of the body and is rigidly attached to the skull, providing a very precise measure of how the brain moves inside it. During one test, a player sustained a hard blow in the lower left side of headwear, but instead of his head moving to the right as they expected, it first rotated to the left before moving to the right like a whiplash. They learned this from the mouthguard data.