Tennis really can be a gruelling sport – well, gruelling for the players but highly enjoyable for the spectators! Watching the best in the world compete in best of five-set matches is really a sight to behold, and the limits that these guys can push their bodies to is simply breathtaking. Although the season is coming to a close, which sadly means that the betting season is also coming to a close, you can already get a head start for the 2020 season through promotions.

Online bookmakers vary greatly in terms of the quality of their offerings these days, but we can vouch for the fact that our recommended bookies have some treats in store! You will find quality odds and enticing bonuses right there, and these luxuries are already available ahead of the 2020 season.

So as sad as we are that the 2019 tennis season has basically finished, this has paved the way for a hot topic to be discussed – just who were the fittest tennis players in 2019?

The Battle of the Fittest 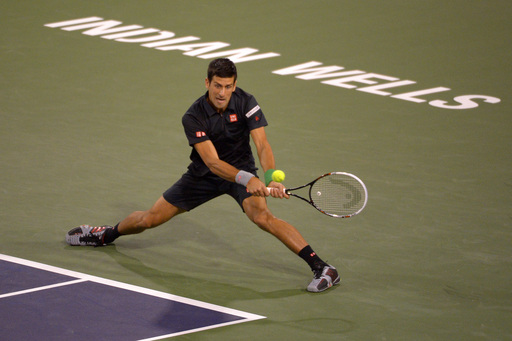 Is it his gluten free diet, his relentless training schedule, or is he just blessed? We are inclined to say that it could be a combination of all three. Novak Djokovic tops the leader board yet again for the fitness category, and the evidence to support this is just overwhelming. When watching his matches it is almost like the guy is made out of rubber – the way he slides, his insane defensive abilities and his overall agility on the court is just remarkable.

Djokovic seems to be able to outlast opponents time and time again, and he regularly frustrates the man who is next in our list.

Rafael Nadal is not named ‘The King of Clay’ for nothing. In fact, many refer to playing Nadal on clay as the most difficult match-up that they have ever had during their time on tour. He really is an absolute beast, and his fitness alone has the ability to torment opponents. He repeatedly executes incredible topspin on his shots, which can only be accessed through exerting heaps of physical energy. But he just seems to do it again, and again, and again! Maybe he is also following a strict diet just like Novak Djokovic?

The physique of the Spaniard is also a major indicator of his overall fitness levels. He is lean but strong, and this no doubt allows him to cover the court so quickly and hit winning shots from seemingly impossible positions.

Not only has this young Greek added the ATP World Tour Finals to his trophy cabinet this year, but he has also raised several eyebrows in the process. He has shown throughout the entire year that he is not afraid to engage in thrilling rallies with the likes of Djokovic and Nadal. And the strangest thing about it all is that he seems to barely be breathing after some of them.

Maybe there is something magical in the waters of the Greek islands? But one thing is certain; whatever he is doing it is working an absolute treat!

These players are probably engaging in pre-season training for 2020 as we speak, and it will be intriguing to see who comes out the blocks the fastest when January comes along.