Caradh O’Donovan is a former Kickboxer and is also a member of the Irish Karate Team. After a successful career in kickboxing winning multiple World, European and National Titles she recently made the switch to Karate where she has since won numerous National Championships. Caradh’s lifelong passion for sport motivated her to attain a Sports Management Degree from UCD and a Masters Degree in Sports Psychology from WIT. An accomplished TEDx speaker she combines her focus on training with work as an athlete mentor and speaking engagements.  Caradh recently wrote this about her experiences and Athletes First mission: 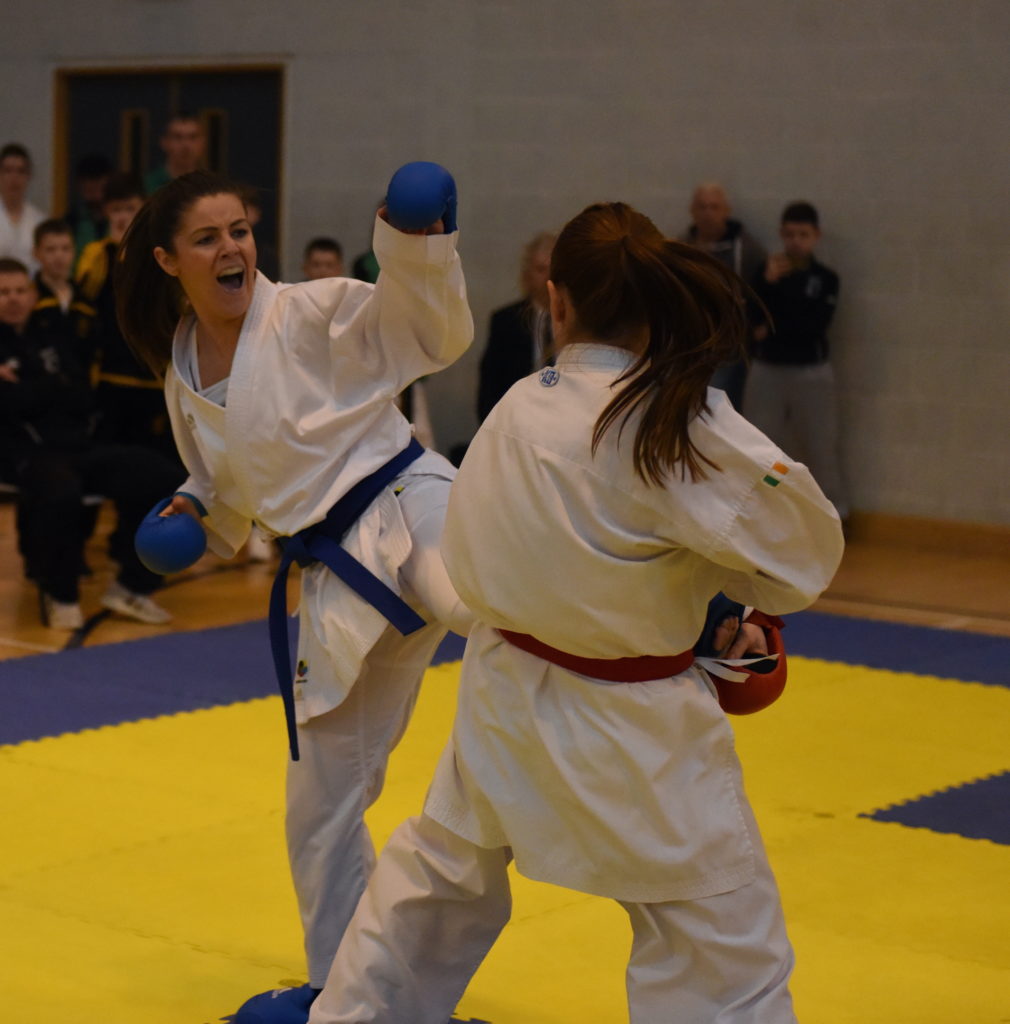 Over the last year, there has been a marked increase in athletes voicing their opinions and looking for positive change in sport. I only see this as a good thing. Some athletes have a mostly positive experience throughout their athletic careers, while others do not. I’m more aligned with the latter. Just last year I experienced backlash and retribution for speaking out in my own sport and the imbalance in power between athletes and administrators was made very clear. Fortunately Irish Karate is now rebuilding under new leadership, but the episode left me with a responsibility to try and make sure athlete welfare is taken seriously in all sport.

I’ve often wondered why many athletes when asked about unethical practices in their sport tend to see nothing, hear nothing and say nothing. And why those who do have views on these issues often wait until they retire to speak out. Now I know why. And it’s not always down to apathy and indifference. Athletes can be afraid of the consequences and rightly so.

The top brass often pull out all of the stops to maintain the status quo. I think one of the biggest term in performance sport that has been misused is ‘control the controllables’. It has now become a tool to keep athletes in their boxes. As one senior official in my own sport told me not so long ago “get off social media, and get back in the gym”. And if this tactic doesn’t keep you in check, athletes can expect funding threats, deselection, stonewalling, writs, I could go on. All of which smacks of bullying and harassment. So stay small and focus on the medals.

But there’s a massive price to pay for towing the line (if it’s against your values). Your self respect leaves you and is replaced with resentment. That chips away at you and if you’re anything like me, you get sick. Really sick. So I don’t think you get to choose good over bad consequences. It’s more a case of ‘pick your poison’.

There will never be a safe space to tell the truth. Those who stand for something are usually afraid, they just choose to speak truth to power regardless of consequences. It is impossible to stand for something and not be criticised. But opting out of uncomfortable conversations because you may get criticised is surely the definition of privilege?

Have I always spoken up for what I thought was right? Not as much as I needed to. For years I did what I was told because I wanted to win medals. And I did win. I continued chasing medals until I finally realised that they don’t make you happy. I’m still incredibly competitive and love to win, but I’m no longer desperate. I want to win but while sticking to my principles. It may not work out, but fighting is like breathing to me. So whether I win or lose, playing is the best part now.

Over the last year many of my social media posts were complete with the AthletesFirst hashtag. I believed in that and I still do. Many do not. It can be highly inconvenient for leadership who masquerade as athlete centred but have a self-serving agenda. Of course, I believe there are truly good leaders out there who, for all the right reasons, would like athletes to focus solely on competing. I might agree with that too, if we had a different reality.

But we don’t. Maybe I’m naive, but I still believe in the power of good in sport and that it can change for the better. I don’t think I can make that change alone but I’m willing to do my bit.