The Premier League is never short of drama and this year has been no exception and managers seem to have been the biggest casualties so far.  Unai Emery was fired from Arsenal at the end of November, Mauricio Pochettino departed Tottenham which gave Jose Mourinho a line back into the premier league, Manuel Peligreni lost his job at West Ham just before the new year, Marco Silva left Everton in December.  So stay tuned as we’re pretty sure a few more will fall before the end of the season! 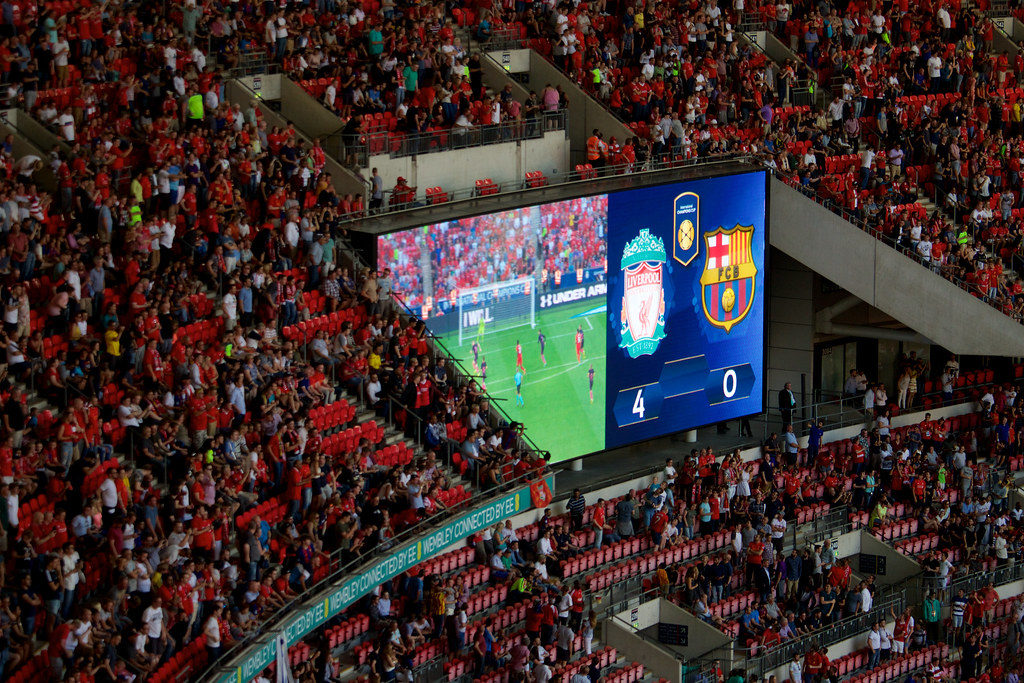 Last years title race was firmly between Liverpool and Man City but it was to be Man City who would seal the deal by and agonising one point above Liverpool.   So far this years it’s all about Liverpool, after 20 games, they have an almost-perfect record of 19 wins and a draw – those two dropped points coming away at Manchester United in October.

All Premier League winners since 1992

Jurgen Klopp’s men are 13 points clear of Leicester in second – with a game in hand – and it is now surely a case of when, not if, they are confirmed Premier League champions for the first time since 1990.  They are so far ahead with their 58 points, nearly double their old rivals Man United who are sitting way back in fifth place on 31 points.

All teams have now played 19 or 20 matches, and over at Arsenal things are not looking so good, they are sitting mid table after a disastrous start to the season, the gunners are always known for  having a much more successful second half of the season but they’re too far gone to pose any threat to the top three.   Man United are also sitting pretty far from the top, but even at this current average form, they’d find it hard to do worse than last years sixth place.   Leicester are placed second followed Man City, both are nearly ten points ahead of Chelsea.

209 matches have been played so far and the bottom of the table has changed somewhat since November, the change of form at both Southampton and Watford has really opened things up.  Watford did not win one single game until November then seemed to somehow turn things around.  Things at South Hampton seemed to take a pretty similar turn, and run of wins around Christmas has saved them from the bottom of the pool.

Norwich City are in the biggest trouble right now with only 14 points, Watford, Bournemouth and Aston Villa and West Ham are also dangerously close to the bottom.

The most expensive football transfers in history

The rest of the season

The hectic winter schedule has been particularly hard on some teams, especially Crystal Palace and Newcastle, the prolific Christmas season has seen the Magpies worst hit with eight players injured period including, four during their home loss to Leicester on New Year’s Day.

The Premier League will run right up to the 17th May and if previous history is anything to go by, anything can happen.  However Liverpool are so far ahead of the rest of the field, they would want a monumental failure to get beaten.