What a start to the mens Six Nations,  everyone thought it would be business as usual for World Cup finalists and favourites, England to win this years tournament.  But with a 17-0 half-time score to France everyone realised they were wrong!

England made a comeback in the second half mainly thanks to the remarkable Tom Curry but it would be France who made it to 80 minutes beating England 24-17 and blowing the 2020 Six Nations wide open.

Else where Ireland and Scotland battled it out in the Aviva stadium in Dublin in a somewhat scrappy but exciting game.  Neither team looked world class but it’s early in the tournament and most teams have only gotten a few training sessions in since the 2019 World Cup.  Ireland came out on top 19-12.

Wales probably had the best warm up, they had a more or less extra training session against Italy who becoming a target practise team in the Six Nations, anyone remember when they last won a game?! 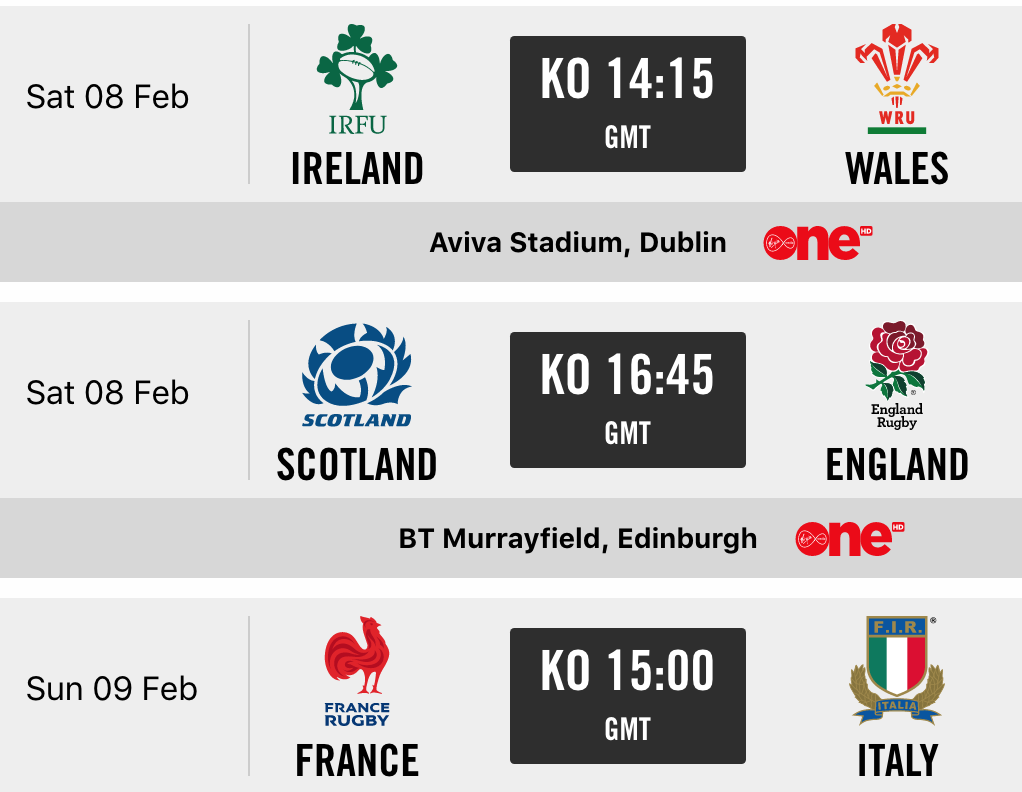 England coach Eddie Jones heads to Murrayfield on Saturday having lost five of his past seven Six Nations games away from Twickenham, they also haven’t beaten the Scots in either of their last two championship meetings. Billy Vunipola has been ruled out of the entire Six Nations by a broken arm and his brother Manu will miss this clash due to a groin strain, with this in mind and after their performance against France last week, Scotland have to fancy there chances on Saturday.

This could be a decisive battle in the Six Nations, Wales had a flawless tournament with a clean swipe win over every team to win a well deserved Grand Slam in 2019, and made it to the final four at the World Cup.  They just finished a really simple game against Italy for 80 minutes, which is possibly the easiest way to finish your Six Nations training, this leaves them in prime condition to take on Ireland in the Aviva Stadium this weekend.

Ireland are off the back of a tight opener against Scotland, Calaen Dorris and Garry Ringrose are out because of injury but that’s no major concern as the Irish squad are well backed up with subs and battle hardened Bundee Aki and Peter O’Mahoney will take their place.  Irelands performance against Scotland was far from convincing, with lot’s of sub standard and boring at this stage box kicks, but this side have a point to prove after a bitterly disappointing world cup and under new manager Andy Farrell, so this should be a great match up.

France coach Fabien Galthie has injected a huge boost of confidence to his team, beating Six Nations favourites England in Round 1. This game against Italy is a chance for then to rack up some more points and fine tune their game.  Italy have lost their last 23 Six Nations games!   And we’re not expecting any exception here in Stade de France on Sunday, the bookies would suggest Italy have zero hope of a win.

We analyse the fitness of modern day rugby players