Tennis is one of the most physically demanding sports in the world, and with that comes the likelihood of sustaining injury. However, one injury commonly associated with the sport stands head and shoulders above the rest – the dreaded Tennis Elbow.

At PledgeSports, we are huge tennis fans and have worked with players of all levels and age to successfully help them raise money through sports crowdfunding.

Here, we’ve compiled advice from a few tennis experts to help you avoid the ailments of the infamous tennis elbow. If you have any of your own preventions don’t hesitate to let us know at info@pledgesports.org 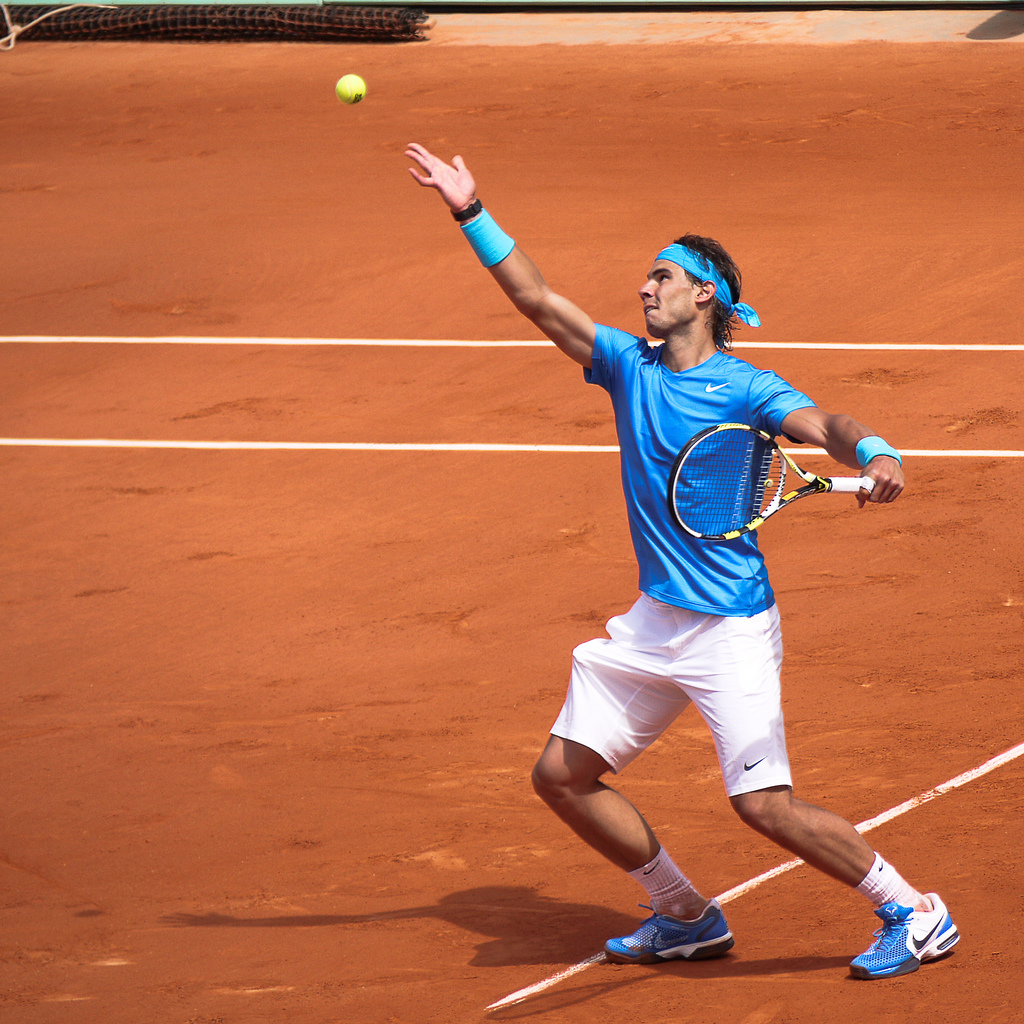 First and foremost, technique is the biggest cause of tennis elbow, therefore, it is also most effective in its prevention.

Having a proper technique starts with the basics, like the grip, for example. If you started playing tennis at a young age and have always used the Western grip, as Nadal does, you will automatically put a lot of pressure and strain on the elbow area.

While Nadal predominately uses the Western grip to achieve greater top spin, it also means that he is making contact with the ball in front of his body.

Doing this means the player is using both the speed of the racquet and movement of their body to generate power, however, if this is performed with poor form there is a good chance the arm is trying to generate too much force, causing greater stress on the elbow.

This isn’t as big a problem as it would have been ten or fifteen years ago as nowadays the majority of racquets are designed to reduce vibrations in the arm.

These are the 10 Most Played Sports

This means the biggest factor in modern day equipment are the strings a player uses. For example, on the market at the moment is a string called Big Banger, which, like several other types of strings, are designed to generate a lot of power.

However, these strings are also much stiffer, therefore creating greater shock in the player’s arm and quickening the process of inflammation in the elbow.

For younger players, the best advice is to invest in a racquet with a bigger head as these prevent the player from over swinging while also reducing vibrations at contact.

Arguably the best prevention of tennis elbow, getting in enough of the proper exercise will help players beat the injury that has hampered so many of their peers. It’s the main reason why the top players spend as much time in the gym as they do on the practice court.

Therma-bands are very effective in strengthening the muscles around the elbow, shoulder, and wrist. Eliminating weakness in each of these joints reduces the amount of stress on the elbow, thus preventing potential injury and tennis elbow.

As is the case with any sport, stretching beforehand is essential for your muscle performance and the prevention of injuries. When you’re getting into your warm-up before playing, make sure you include both the wrist flexor and wrist extensor stretches in your routine.

Check out the key difference between fitness and endurance

Extend your arm in front of you with your palm facing up; Bend your wrist so your hand points back toward the floor; With the other hand, gently bend your wrist even further back until you feel a reasonable stretch in your forearm; Hold for at least 15-30 seconds, repeating the stretch 4 times. 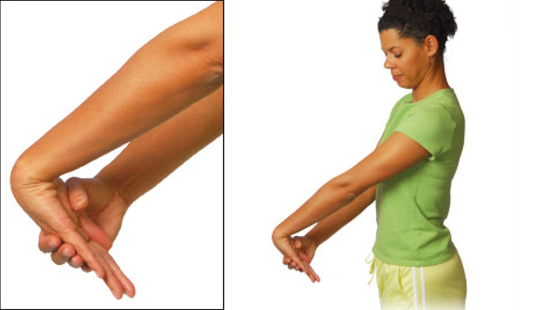 Repeat all steps of the Wrist Flexor stretch, but instead begin with your palm facing the floor rather than facing up, as described in step one.

Garry Cahill is ex Technical Director of Tennis Ireland and has now set up his own tennis academy called Prodigy, Garry has a wealth of knowledge when it comes to preventing tennis elbow.

“So, learn to play with good technique and ensure you have the correct equipment. Prevention is better than cure,” he added.

Lucy Shuker is a three time Paralympic Wheelchair Tennis Player and Double Paralympic Bronze Medallist. An injury to her elbow/tendons in 2010 has forced Lucy into constantly trying to prevent further damage or injury when she trains and competes.

“I offload my tendon still now which is why you always see me playing in my fancy ‘Toropro Tape’. I use the tape as a preventative measure, but in terms of cures, it often comes down to rest and discipline in your recovery process,” said Lucy.

“Tennis elbow is a tricky injury to clear. Make sure you find a good physio and stay on top of your exercises,” said Cluskey.