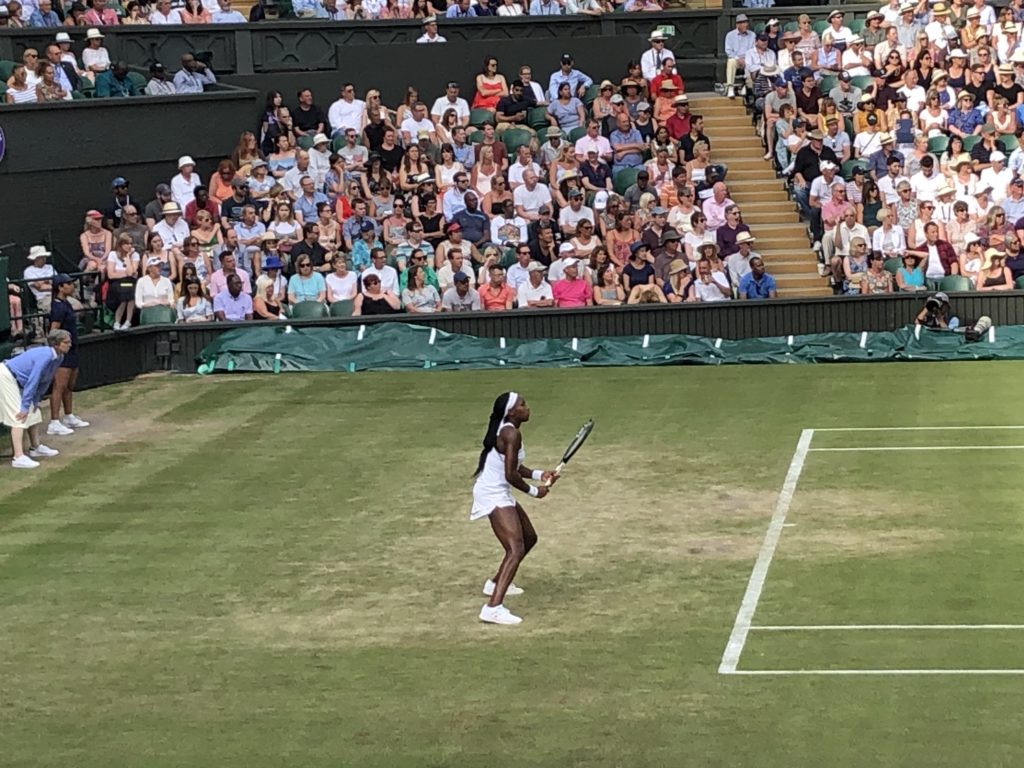 There are only 3 times that wimbledon hasn’t been played since the championships debut way back in 1877 – In World War 1 Wimbledon wasn’t played in 1915-18, in World War 2 it wasn’t played during the years 1940-1945.  And this year, Wimbledon has been cancelled because of the disastrous Corona Virus Pandemic.  When you think about it this is crazy, nearly everything on the 2020 sports calendar has either been postponed or cancelled, including the summer Olympics!

But we’re not going to let it ruin all the fun, so were going to give Wimbledon fans some trivia about the the 3rd and most prestigious grand slam of the year.  We should also mention that the French Open and all other tournaments on the ATP World Tour and WTA have been suspended or cancelled too.

Let’s look back in time and find out where the All-England Championships started.

Wimbledon has a special place in tennis history , the first Wimbledon championship was held in 1877 making it the oldest tennis tournament in the world.  According to Wikipedia, the inaugural 1877 Wimbledon Championship started on 9 July 1877 and the Gentlemen’s Singles was the only event held. It was won by Spencer Gore, one of 22 competitors.

About 200 spectators paid one shilling each to watch the final.  The first ladies event was in 1884 with Mixed doubles and women’s doubles were inaugurated in 1913. 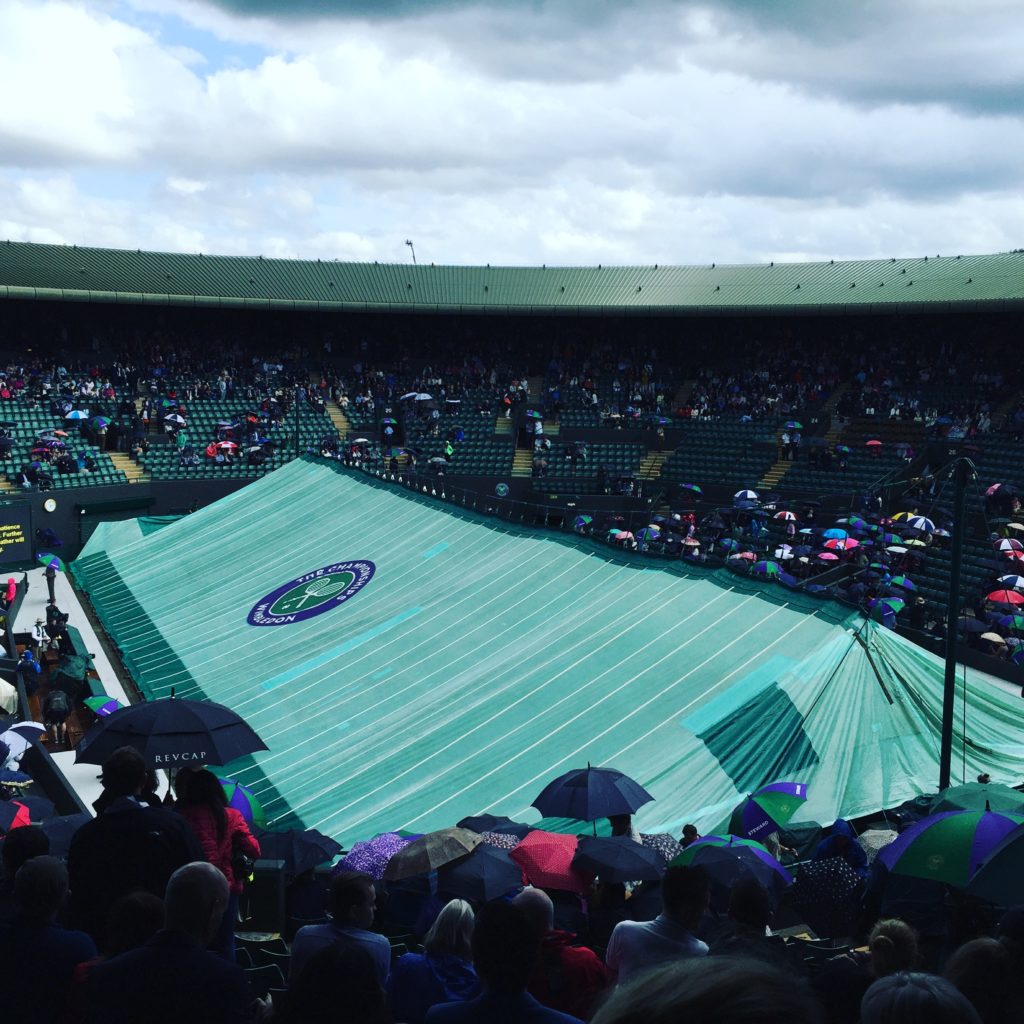 The tournament takes place every year in late June or early July and is played on outdoor grass courts, until 2009 when retractable roof was built over Centre Court and 2019 saw Court 1 get a retractable roof.  Centre court is one of the biggest tennis stadiums with a capacity of 14,979.

The Wimbledon Championships, was originally played by amateurs only, and was opened to professional players in 1968; Rod Laver of Australia and Billie Jean King of the United States won the singles events that year.

Throughout the history of Wimbledon there have been some standout names, let’s start with American Martina Navratilova, who won six consecutive women’s championships in 1982–87, eclipsing the record of French woman Suzanne Lenglen who won every year 1919–23.  In 1990 Navratilova captured her ninth single’s title to break the record set by Helen Wills.

Later notable players at Wimbledon included American tennis legend Pete Sampras of the United States, who won his seventh title in 2000.  Sampras won a total of 14 Grand Slams throughout his career.

The next Wimbledon legend would be German woman Steffi Graf, who won the single championships an incredible seven titles between 1988-96. 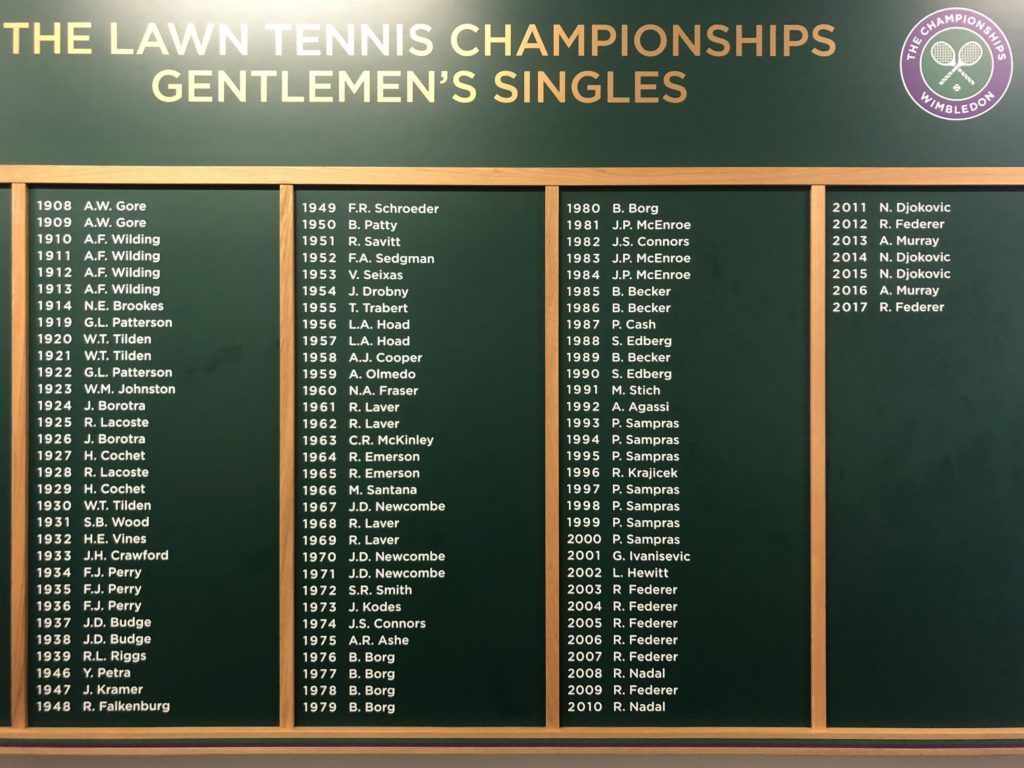 The winners board at Centre Court stadium

The next Wimbledon legends would be in the 21st century.  Serena Williams who is our vote of the greatest ladies player off all time has won seven Wimbledon singles titles and six doubles titles.  Serena has won 23 Grand Slam singles titles to date, the most by any man or woman in the Open Era.

The GOAT (greatest of all time) has won a record eight singles titles at Wimbledon.

He has won 20 Grand Slam singles titles, the most in history for a male player, he is also runner up four times.  Federer’s records are incredible, he and has held the world No. 1 spot in the ATP rankings for a record total of 310 weeks (including a record 237 consecutive weeks).  Aged 39 the GOAT is still ranked 4th in the world was was runner up at the 2019 Wimbledon final.

Prize money was first awarded in 1968, the year that professional players were allowed to compete in the Championships for the first time.  Total prize money back then was £26,150; the winner of the men’s title earned £2,000 while the women’s singles champion received £750. The cash has increased steadily over the years and in 2019 The All England Lawn Tennis and Croquet Club has raised the prize money to £38 million making Wimbledon one of the richest sporting events in the world.

Here is a link to all the mens and ladies winners in the open era (since 1968):

Any other interesting facts you’d like us to include, please get in touch.

6 thoughts on “The history of Wimbledon”