How to pick the right bow for archery

We previously covered the oldest sports on our blog and left out one important one.  Archery probably predates all sports and could date back to the Stone Age – around 20,000BC.  Archery has been an important military and hunting skill for over 10,000 years and figures prominently in the mythologies of many cultures.  Fast forward to modern civilisation and the Ancient Egyptians regularly used bows and arrows around 3000BC for hunting.

Archery is still a very popular for hunting and while technology has come a long way, the basic principles of the bow and arrow are still the same.  Throughout it’s evolution archery became a popular sport too which has stood the test of time.  Archery was first included in the Olympic Games in 1900. It was also featured on the programme in 1904, 1908 and 1920 before a 52-year hiatus until 1972, when it returned. It has remained on the Olympic Programme ever since.

Archery as a sport 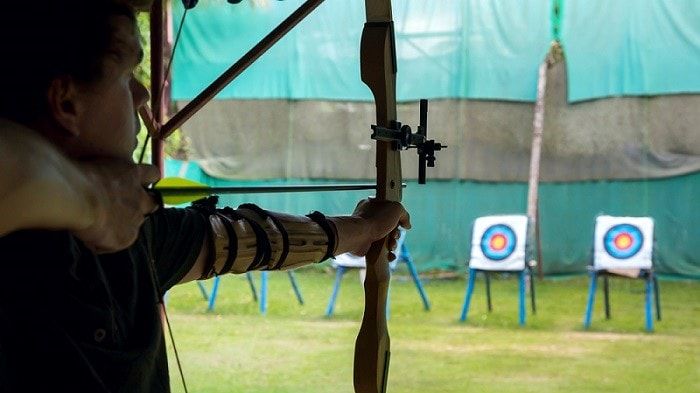 Archery is a hugely accessible sport globally so let look at what you need to get started.

Like all sports, it’s better to get lessons and learn the correct technique from the start, so find an archery club or range with dedicated instructors and beginner equipment available.  Getting an introduction to the sport does not cost a lot of money and new archers improve very quickly with proper coaching.   After a few lessons you will need to get your own bow.

Like choosing a bike or tennis racket, there is a ridiculous amount of choice!  Below are the four main types of bow and their characteristics. 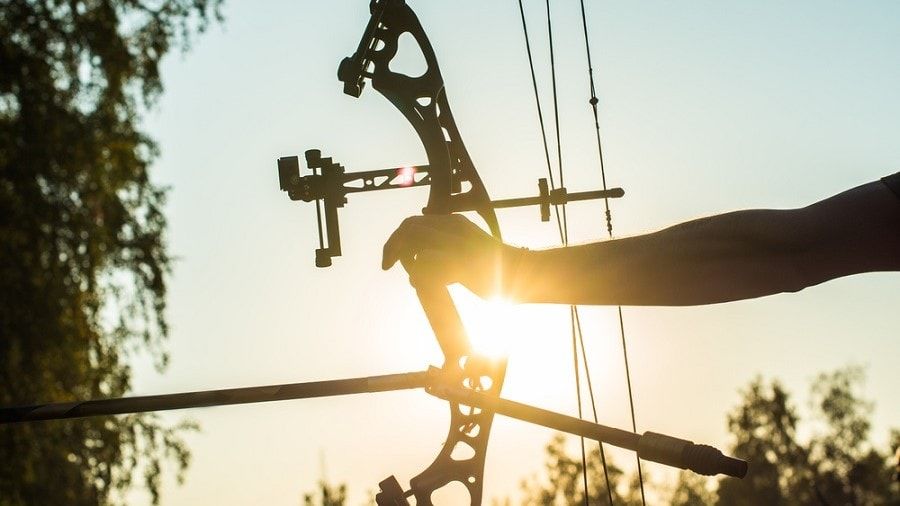 The super fast compound bows use a levering system, usually of cables and pulleys.   This pulley system gives the user a mechanical advantage, and so the limbs of a compound bow are much stiffer than those of a recurve bow or longbows.  This rigidity makes the compound bow more energy-efficient than other bows, as less energy is dissipated in limb movement. According to Uberbows, the higher-rigidity, higher-technology construction also improves accuracy and arrow speed.

Compound bows are widely used in target practice and hunting.

A recurve bow is a bow with limbs that curve away from the archer when unstrung.  Recurve bows store and deliver energy more efficiently than the equivalent straight-limbed bow, giving a greater amount of energy and speed to the arrow.  Recurve bows by design allow for a shorter bow than the more cumbersome straight limb bow. This makes the recurve ideal for hunting.

The crossbow has been around in some form or another since the 5th century BC in Ancient Greece and also in ancient China.   And while technology has advanced the basic principles are still in tact.  The crossbow is a ranged weapon using an elastic launching device similar to a bow, however it’s not quite as natural as a crossbow uses a locking mechanism to maintain the draw.  This allows for greater power and speed and if you don’t care about hitting a target, a powerful modern crossbow can shoot as far as 500 yards. But if you want to hunt or shoot targets accurately ranges maximise at around 80 yards.

The longbow is the original bow that has been used for thousands of years so if you want the tradition feels then this is the one for you, longbows are far less technological than all the above. And target practise with a long bow is a very skilful sport.  The bows are tall, can roughly equal to the height of the user, they are not significantly recurved and limbs are relatively narrow so that they are circular or D-shaped in cross section.

Choosing the right bow for you

As you can see above there are 4 main types of bows and they are quite different.  So firstly choose what you want to use the bow for, hunting or target practise, this will greatly help you narrow down your choice as for example, long bows are not that suitable for hunting.

If you want to do both hunting and target practice on ranges then choose a bow suitable for both.  Why not try all the different bows and then narrow in one which you prefer.  Always listen to advice and like all sporting equipment, do your research.