The highest earning athletes in the world

Like any rich list, this one changes every year as bigger salary contracts and sponsorship deals get negotiated.  One that is very evident from the below is that individual athletes like golfers and tennis players are king when it comes to sponsorship, while football, NBA, NFL and MLB players earn the bulk of earnings through salary contracts. 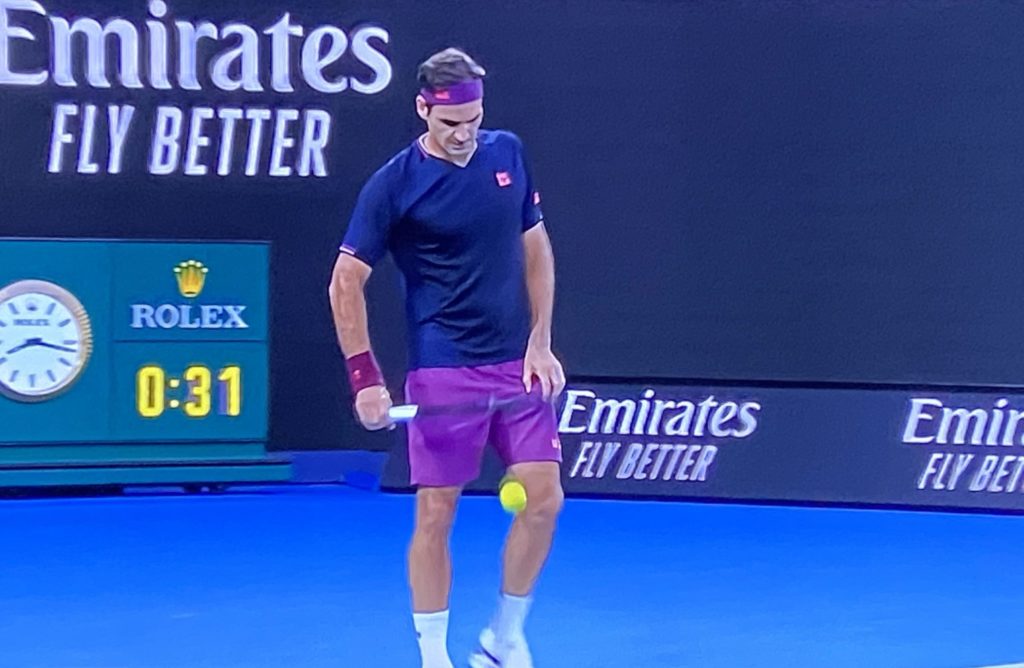 Federer has won $130 million in prize money in his career, but he has earned nearly as much in sponsorship over the last 12 months!

Federer took some time out with injury in 2016, he then made an incredible comeback in 2017 cementing his status as the greatest tennis player of all time with 20 grand slams and 106 ATP career tiles.  He then briefly returned to the No. 1 ranking in 2018, becoming the oldest man by more than three years to do it.  Currently number 3 in the world, the GOAT may just have a few more years in him.

According to Forbes, Ronaldo made $60 million in salary and bonuses from his club Juventus and a further $45 million in endorsements.

Ronaldo is the most followed athlete on social media with a combined of over 400 million followers on the different social networks.

Ronaldo holds the record for most goals in the UEFA Champions League (127).

Always either close behind or in front of Ronaldo in the record books, is the other current great, Messi.  His current Barcelona contract is through 2020-21 and pays him over $80 million annually and in the last year his salary was 72 million while he earned a further 32 million in endorsements.

He has spent his entire professional career with Barcelona,  where he recently notched up 700 appearances, during which time he has scored a phenomenal 614 goals while winning 34 trophies, including 10 La Liga and four Champions League titles, and a host of other records and awards.

The current transfer record was set by the move of Neymar from Barcelona to Paris Saint-Germain for $263 million (€222 million) in August of 2017.  He is a man who is as famous for his fashion, as he is for diving!

Brazilian is the second most popular athlete on social media with a combined 244 million followers on Facebook, Instagram and Twitter have helped him earn $25 million in sponsorship last year and his prowess on the pitch earned him $75.5 million.

The biggest sponsors in sport

Along side the legend that is Michael Jordan, Lebron is regarded as one of the best basket ball players ever.  his accomplishments include three NBA championships, four NBA Most Valuable Player Awards, three NBA Finals MVP Awards, and two Olympic gold medals.  He has played for the LA Lakers since 2018.

His earnings last year were split by salary $60 million and salary $28.2 million.

His most significant deal is his shoe contract with Under Armour which is reportedly worth $20m and it has been suggested that he could be worth billions to the Under Armour brand.

Other deals include his role as global brand ambassador for Japanese e-commerce company Rakuten agreed in 2019 and endorsement deals with Nissan, JPMorgan Chase, Brita, Verizon and Vivo smartphones.  In total he earned $44 million from sponsorship last year.

The two-time MVP signed the NBA’s first $200 million contract in 2017; he’s had the league’s top salary the past three seasons helping him earning $30.4 million last year.

The most followed athletes on social media

After three years with the Golden State Warriors, Durant joined the Brooklyn Nets in 2019 under a four-year, $164 million contract.  Then spent the 2019-2020 season sidelined after rupturing his Achilles tendon during the 2019 NBA Finals!

Such is the star power of legend Tiger Woods, he only earned $2.3 million in prize money last year but $60 million in endorsements!

Tiger made one of the greatest comebacks of all time and secured his place in sporting legend on the 15th of April 2019, when he won the US Masters by 2 shots, his first major since 2008!  After Jack Nicklaus he’s the only golfer to win a major in 3 different decades.

He also recently equalled the PGA Tour record of 82 tournament wins with victory at the Zozo Championship in Japan (Oct 2019).

Cousins signed a two-year, $66 million contract extension with the Vikings in March 2020 that included a $30 million signing bonus.  This new contract made him the NFL’s highest-paid player between June 2019 and June 2020.  Cousins earned $2.5 million from endorsements last year according to Forbes.

The Philadelphia Eagles signed Carson Wentz to a contract extension in June 2019 worth $128 million + bonuses over four years.  He also has an increasing sponsorship portfolio by brands – Nike, NRG, Bobcat, Amazon, Sanford Health, Bose, Scheels and BlackRidge Bank, which he earned $4 million from as well as salary of $55 million.

2 thoughts on “The highest earning athletes in the world”