There are the big races that all sports fans know about, Formula 1 Grand Prix, Nascar, Motocross.  And then there are other races out there that make this lot, look like a walk in the park! 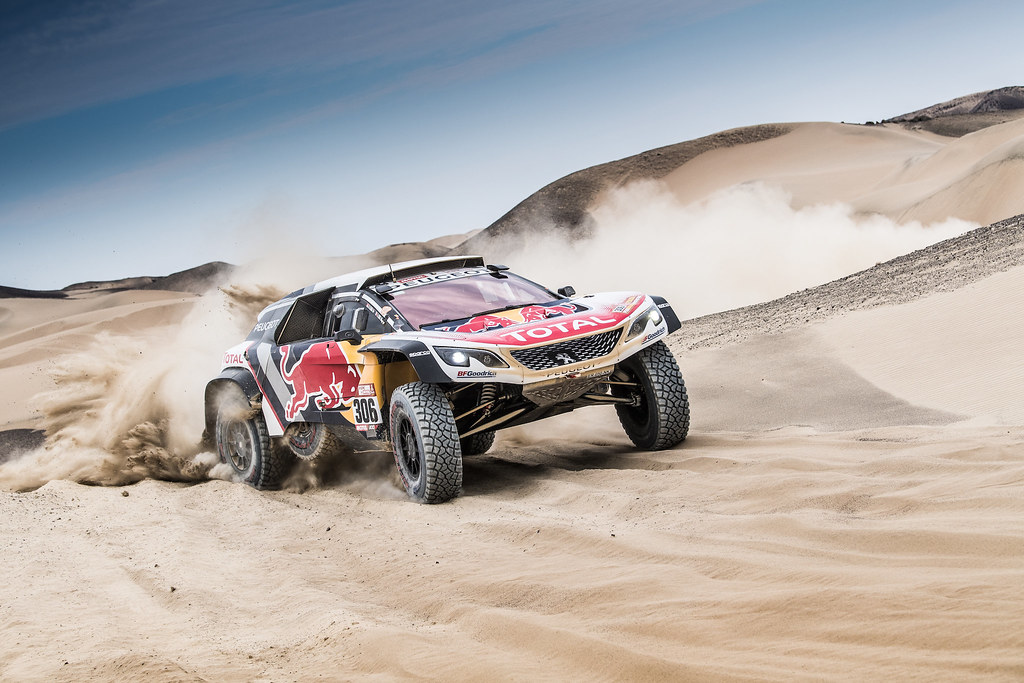 Formerly known as the “Paris–Dakar,” this is a legendary an annual rally organised first in 1978.  The race was from Paris all the way south to Dakar, Senegal, but due to security threats in Mauritania, the race had to be cancelled in 2008 and the 2009 Dakar Rally was held in South America continuing in the Americas until 2019.

The Dakar Rally is an extreme off-road endurance event, with terrain far more arduous than conventional rallying.  The vehicles used are true off-road vehicles rather than modified on-road vehicles and have to deal with sand dunes, desert, mud, rock and anything else mother nature can throw at them.  The distances of each stage covered vary from short distances up to 800–900 kilometres (500–560 mi) per day.

Every year 100’s of competitors enter on cars, trucks, bikes, quads and UTV’s, but most don’t get to finish, the actual finish rate averages at around 50%, but in some years the finish rate can be as low as 20%.

The 24 hours of Le Mans is the original and oldest endurance race.  The legendary motor race  got a major Hollywood boost back in 1971 in “Le Mans” staring Steve McQueen and has just got another Hollywood dressing by the movie “LeMans 66” which is an excellent watch.

The 24 Hours of Le Mans or Grand Prix of Speed and Endurance, has been run annually since 1923 (apart from the year 1936 and 1940-1948 when the race was cancelled) at the Sarthe road-racing circuit, near Le Mans, France.  The winner is judged on the car that travels the greatest distance in a 24-hour time period.

Other notable mentions are the Nurburgring 24 and 24 Hours of Daytona (known as the Rolex 24 At Daytona).

The History of 24 hours of Le Mans

The Isle of Man TT

The Isle of Man Tourist Trophy is long known as the most dangerous race on earth, with 242 deaths in its 107 years of existence. The TT, as it is commonly known, is the oldest race in motorcycle history, dating all the way back to 1907.

The race itself is in the format of a time trial. It’s held on a street course, with competitors each starting 10 seconds apart.

The most extreme cycling races

The Austrian motorcycle enduro event started in 1995 and held annually in May or June, and is the biggest and longest of it’s kind in Europe.  The Erzberg Rodeo ‘toughest enduro competition known to mankind’  and this is for good reason. 90 percent of riders still don’t finish the race and in 2015, only five out of 500 bikers made it to the finish – one percent!

The race consists of the world’s best enduro riders scrambling from the bottom of a huge quarry to the top of the ‘Iron Mountain’. Competitors only have four hours to reach the finish line, with the top guys just making it across with minutes to spare.

The 8 most extreme footraces on earth

Race’s motto is, appropriately, “Survival of the Fittest” and the six day race through jungles using 4×4 jeeps or other off-road vehicles is truly gruelling.  Drivers have to contest with the most extreme terrain – Mud, water, dense jungle vegetation, monsoon rains, raging rivers, slippery hills, deep gullies and even the odd landslide!

The Rainforest Challenge was first held in 1997 and has since made its way to other countries – Italy, China, Sri Lanka, Australia, Russia, India and Vietnam have their own versions.

The 2019 Rainforest Challenge hosted 450 participants hailing from 20 countries. In all, there were over 50 vehicles competing.

The Baja 1000 is a Mexican off-road motorsport race held each year on the Baja California Peninsula. very year since 1967.  It’s classed as the most dangerous race in North America.  The Baja 1000 allows various types of vehicle classes to compete on the same course with classes for; cars, trucks, motorcycles, ATVs and buggies.

The course has remained relatively the same since1967 over the years, the length is approximately 849 miles (1,366 km) and ends in La Paz.  The course takes 28 hours + to complete and the finish rate averages 50%.

4 thoughts on “The most extreme motor races on earth”