Can Inter Miami become a successful powerhouse in the MLS? 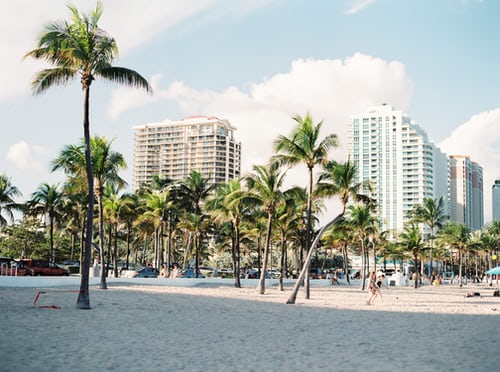 Inter Miami are one of the latest teams to join Major League Soccer in the United States. The club played their first match in March 2020 as they embarked on their first season in MLS. The question is, can Inter Miami become a successful powerhouse in MLS?

They have plenty of soccer experience behind them with David Beckham being at the forefront of the franchise. Having played for Los Angeles Galaxy, Beckham took an option to own an expansion team at a discounted fee and took full advantage by creating Inter Miami. There is no doubting the drive Beckham has to take the team to the top and the former England international will be pushing Inter Miami all the way. If you would like to back Inter Miami to succeed you can enjoy betting on the latest soccer fixtures using the best odds.

The fact Beckham is involved with Inter Miami has created plenty of publicity. Three official supporters groups have been created and they are The Siege, Southern Legion, and Vice City 1896. With Beckham’s continued involvement, the success of the franchise off the pitch is as good as guaranteed and it will be interesting to see if performances on the pitch will match. The fanbase is certainly there and the team will be looking to put on a show to attract new supporters over the next few years.

The 5 best US soccer betting sites

At the time of writing, Inter Miami play on the site of the former Lockhart Stadium in Fort Lauderdale, Florida. However, this is a temporary measure until the construction of their new stadium, Miami Freedom Park is complete. This will be a soccer specific stadium with a total capacity of 25,000 and initial sketches of the stadium look fantastic. There are many great arenas in Major League Soccer but they are not all specific to soccer, whereas Miami Freedom Park will be dedicated to the beautiful game.

In terms of the Inter Miami playing squad, the franchise have already been busy in the transfer market. They have landed a couple of big name players from Europe with Blaise Matuidi and Gonzalo Higuaín arriving in Miami. Both players are in their mid-30’s but have plenty still to offer and it was a surprise to see them both leave Italian giants Juventus to move to MLS. Matuidi is a World Cup winner with France and played in the 2018 World Cup final for his country. Higuain holds the record for the most goals in a single Serie A season and has won Serie A and La Liga three times respectively, which is an incredible achievement.

Other notable players in the Inter Miami squad include experienced United States international Brek Shea, Mexican international Rodolfo Pizarro, and former New York Red Bulls goalkeeper, Luis Robles. So, there is plenty of talent already in the squad but they will be looking to add new names to the roster ahead of the 2021 campaign. Inter Miami have already shown they can attract quality players from Europe and it will be interesting to see how the club develops over time.