The new generation in tennis 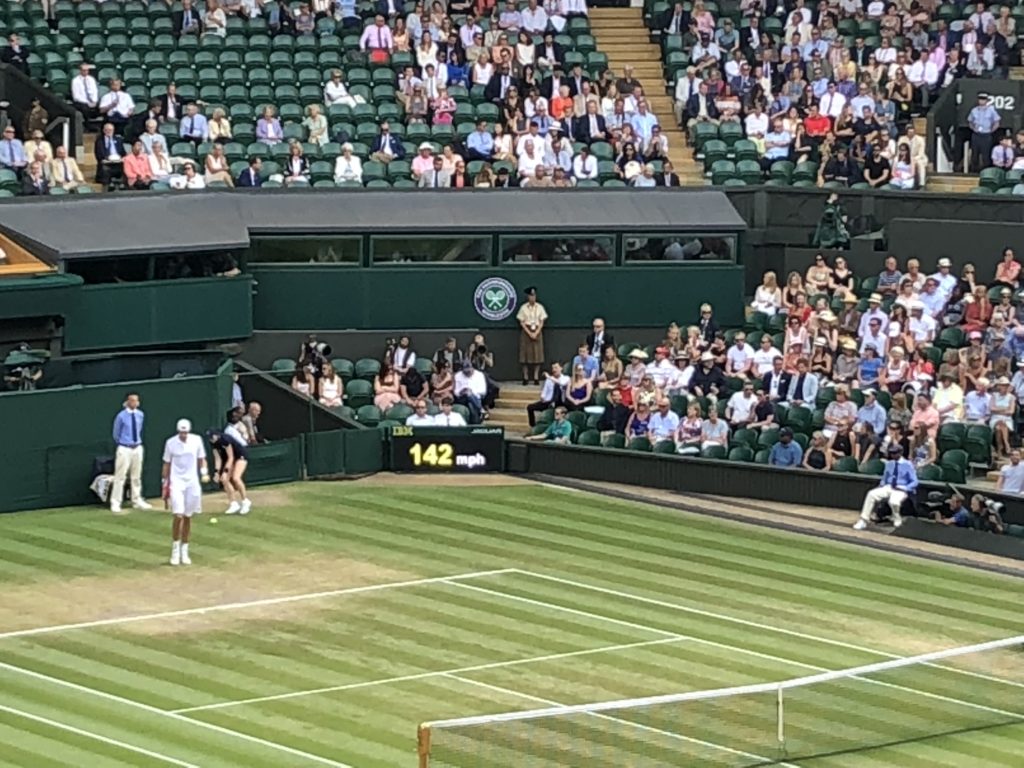 Roger Federer, Rafael Nadal, and Novak Djokovic were the top three players in the world in 2010. A decade has passed and nothing has changed. The dominance of the big 3 in tennis has prevailed early 2020’s. It was only Dominic Thiem who managed to surpass Roger and break into the third spot in the ATP rankings, but only because the Swiss did not play at all in 2020. Looking at the list of the Grand Slam winners, only two guys have managed to lift one of the four biggest trophies in the sport past this trio ever since the Australian Open 2010. Andy Murray did it three times (one US Open and two Wimbledon), while Marin Cilic claimed the US Open title beating Kei Nishikori in straight sets in an unusual final in 2014.

Dominic Thiem became the third man to do so, beating Alexander Zverev in the 2020 US Open final. Nevertheless, it was an event that did not feature the likes of Rafael Nadal and Roger Federer. Additionally, Novak Djokovic was disqualified after hitting the line judge with the ball in the neck. The Serbian, current world No 1, was a massive favorite at Flushing Meadows and he would have likely clinched another US Open silverware had the unlucky event not happened.

The main question is who will win these Grand Slams when this magnificent trio retires? Dominic Thiem, Sascha Zverev, and Daniil Medvedev gave a potential answer with strong displays in New York, but are there even younger players worth paying attention to? Keep reading to find out more about the sports’ biggest prospects and the potential future stars.

We will begin with Casper Ruud who was born in late-December 1998 (almost 1999). The Norwegian is enjoying a breakthrough season in 2020. Despite a slow start to the year and unpleasant first-round elimination in Auckland (a loss to Ugo Humbert) and at Australian Open (a defeat to Egor Gerasimov), Casper bounced back in an extraordinary fashion in his maiden clay-court tournament of the season. He went to the Argentine capital, took advantage of a somewhat easy route to the final, and clinched his first-ever ATP title by beating Pedro Sousa in straight sets in the final. He backed it up with a solid performance in Santiago where he went all the way to the final, falling to Thiago Seyboth-Wild there. Ruud’s by far the best tournament of the career was Rome, though. He defeated the likes of Karen Khachanov, Lorenzo Sonego, Marin Cilic, and Matteo Berrettini to reach the semi-final where Novak Djokovic was too strong. Casper is no doubts a fantastic prospect and he will be a major force on clay in years to come.

Denis is five months younger than Ruud but has already come on the brink of the Top 10. The Canadian youngster currently holds the No 11 spot in the ATP Rankings and it is only a matter of time when we will see him cruising into the Top 5 (at least). His breakthrough year was 2019 when Super-Shapo won his inaugural (and still only) ATP title. It was in Stockholm where he did not drop a single set en-route to the trophy, beating Popyrin, Stebe, Sugita, and Krajinovic along the way. Shapovalov announced a strong year with a semi-final at Masters in Miami where he fell to Roger Federer after previously defeating the likes of Rublev, Tsitsipas, and Tiafoe. His best tournament came late in the year when Denos went all the way to the final of Paris Masters. He went past Fognini, Zverev, and Monfils before Rafael Nadal withdrew without playing the semi-final tie. Novak Djokovic was too strong in the final. Shapovalov also played the US Open quarterfinal and the Rome semifinal in 2020.

The mindset of a champion

We will complete the list with the youngest player inside the Top 100 in the ATP standings. Jannik Sinner was born in August 2001 and is the only teenager in the Top 100 at the moment. The Italian is probably the biggest current prospect, especially if we consider his superb Roland Garros campaign in 2020. Tennis fans first heard of him in 2019. He had to claw his way to the stars by playing Futures and Challengers until a breakthrough came in October when Jannik stunned Gael Monfils and Frances Tiafoe to reach the ATP Antwerp ad tp semi-final. Stanislas Wawrinka was too much of a task for him on the occasion. Nevertheless, such a phenomenal display earned him a spot at the Next Gen ATP Finals in his home country where Sinner revealed his full potential. Jannik won the title there with a superb display in the final where he dispatched a big Australian hope Alex De Minaur 3-0. The golden moment of his career came in October 2020 when Jannik took the scalps of David Goffin and Alexander Zverev to reach the Roland Garros quarterfinal. We can’t wait to see him perform in the years to come.