What Are The Odds Of Nadal Taking The Grand Slam Title Record At The Aus 2021 Open? 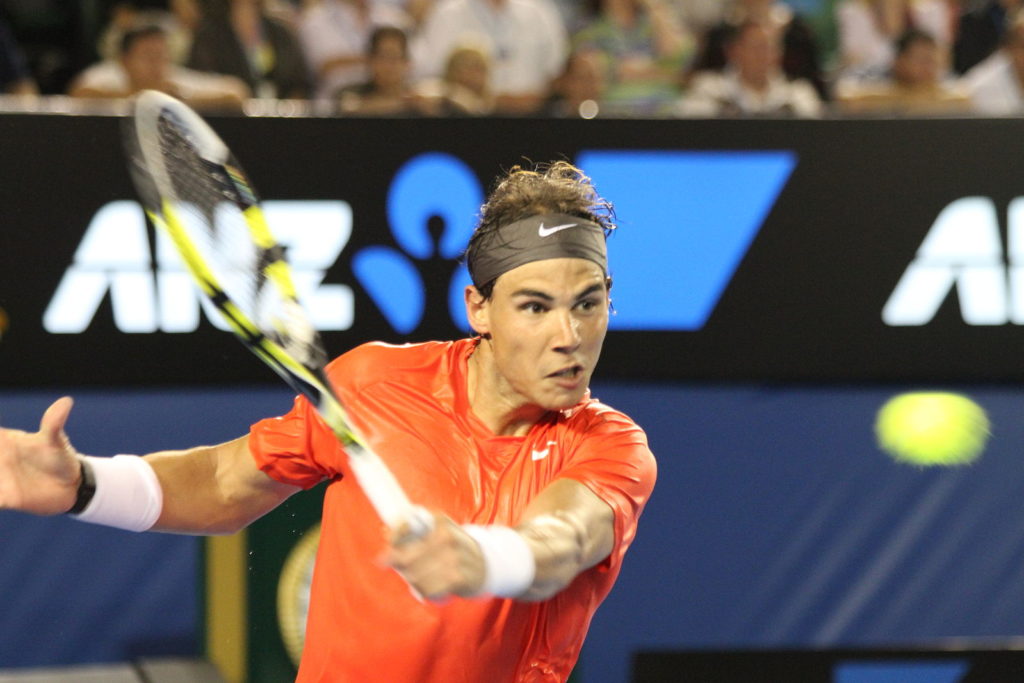 Coronavirus had an impact on sports during 2020. Many events were cancelled or rescheduled, putting a block on how players and teams could contribute to the history of their sports.

2021 is a new year and the Australian Open is one of the key events due to take place.

It’ll be a chance for the top players to boost their career achievements further, with Rafael Nadal in a position to earn a record that adds credibility to the argument of him being the greatest men’s player of all-time.

To do that he needs to win the Aus Open and this article looks at the odds of him doing so.

Why are we even talking about the Grand Slam title record?

It’s the person who has won the most majors, the four most important tournaments in the sport — the Australian Open, French Open, US Open, and Wimbledon.

We’re asking the question of whether Rafael Nadal can take the record because he and Roger Federer are currently locked on 20 Grand Slams (see here https://www.statista.com/statistics/263034/male-tennis-players-with-the-most-victories-at-grand-slam-tournaments/) each, three ahead of Novak Djokovic.

Nadal claimed his 20th title in 2020, winning the French Open. Both Feder and Djokovic claimed their most recent wins at the Australian Open, in 2018 and 2020 respectively.

This means a win for Nadal at the 2021 Australian Open would give him 21 titles, securing him the record by pushing him one ahead of Federer.

Casino sites are the obvious place to look for sporting odds.

They’re designed to give sports fans the opportunity to place a bet on their favourite sporting event and/or player, and they provide data-driven assessments of the likelihood of results coming to pass — including the winner of the Australian Open.

We’ve checked casino sites to see what they’re saying about Nadal’s chances of winning the Aus Open because they’re the best place to get an objective view of his odds of success.

We reviewed the forecasts they’re making to see if they think Nadal has a shot at winning in Australia and earning the Grand Slam record as his bonus prize. This is what we saw:

They say Djokovic is the odds-on favourite and Nadal is the second most likely winner.

Now, there is scope for a difference in figures between sites, as they use their own algorithms to arrive at the odds they offer.

These odds also change constantly, with sites updating their exact figures to reflect current circumstances (like injury concerns https://www.tennisexplorer.com/list-players/injured/). This means it’s important you regularly check the best betting sites to make sure you’re getting the most up-to-date odds.

But even you should expect them to be broadly the same — fitness permitting. So, it would be unusual for one site to say that Nadal is a massive favourite and another to say Djokovic was the overwhelming favourite.

This means it’s reasonable to say that gambling sites don’t think the odds are with Nadal. The question is whether these sites are giving enough credence to past performances. We explore this below.

Past performance suggests Nadal’s odds are too generous

Past performances matter in sports.

It’s a way of gauging a player’s chances of future success and checking to see if current odds are lacking a little nuance by giving too much sway to their recent results.

We looked at how Nadal has performed at the Australian Open since 2006 (using this source https://en.wikipedia.org/wiki/List_of_Australian_Open_men%27s_singles_champions) and compared this to how Djokovic and Federer fared. It makes grim reading for Rafa’s fans.

Firstly, Stan Wawrinka is the only man other than Nadal, Djokovic and Federer to win the Aus Open in that time — earning his solitary title in 2014. Secondly, Nadal has just one win in Australia since 2006, claiming the title in 2009.

This means Djokovic and Federer have shared 13 titles between them, claiming eight and five respectively. You have to say then that it would be a big upset for Nadal to finish ahead of either of his rivals, based on past performance.

Winning the 2021 Australian Open will give Nadal the Grand Slam title record. That’s an unquestionable fact.

His odds of winning it are questionable and aren’t facts.

There’s certainly room for looking at the odds of various casino sites and then making your own assessments of Rafa’s chances, based on how strongly you believe he can perform

For instance, the odds won’t take into account the mental aspect of him having a shot at becoming the record holder because there’s no formula or equation for this.

However, we’re going to keep to what we’ve seen and what we’re seeing, rather than get lost in the intangibles.

So, we’re going to say that the odds of Nadal taking the Grand Slam record at the Aus 2021 Open aren’t great. It’s Djokovic’s tournament and Federer has a much better history there than Nadal does.

But the 2021 French Open begins on 24 May and that’s an entirely different matter. Not only is Rafa the favourite for this tournament, he’s the greatest player ever to set foot on the courts of Roland Garros. This is when he’ll take the Grand Slam record.