5 Common Mistakes Made by Tennis Players 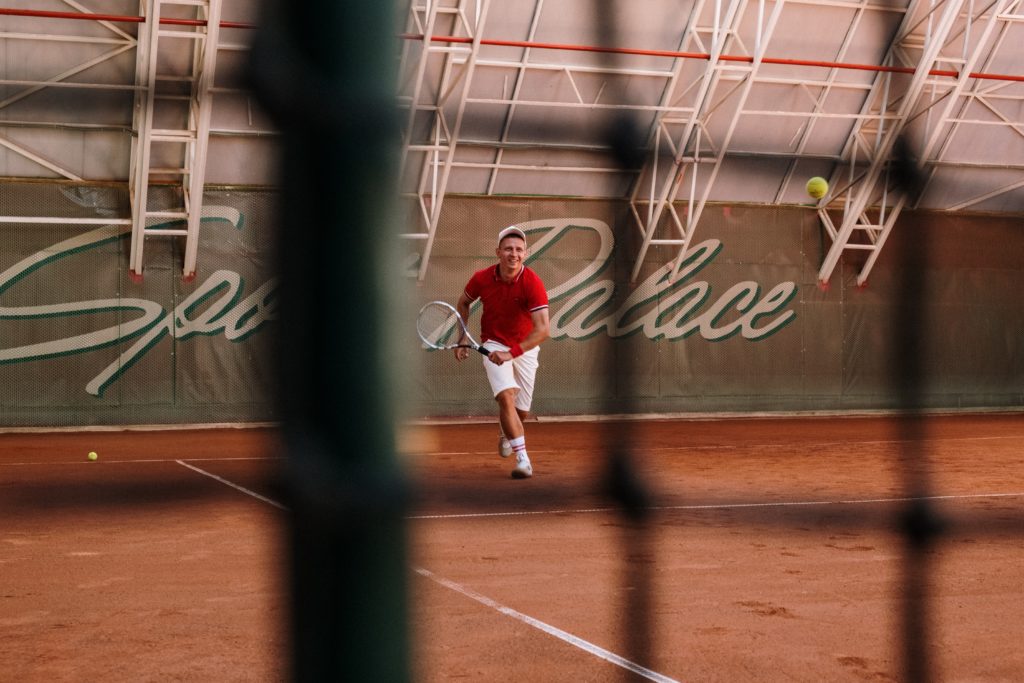 Tennis is a game of fine margins and mistakes, so much so that points, games, sets, and even entire matches can be lost because of them.

What’s frustrating is that it can also be very hard to know exactly where things are going wrong if you do find yourself producing error after error. On a surface level, tennis is relatively simple, but when you start to analyze the nitty-gritty details, several bad habits can lead to frequent miss-hits.

Indeed, even the very best professionals in the world have spoken in length about the value of continual practice. The ever-looming cloud of rusty-dusty bad habits is never far behind anyone that doesn’t make an effort to analyze and sort out what exactly is going wrong for them.

You’re either already a frequent player looking for answers or you’re a beginner about to head out on the court for the first time.

Either way, take note of our list of 5 of the most common mistakes made by tennis players to make sure that none of these finds their way into your game…

Mistake 1: Eye Off The Ball

This should be one of the first things that you learn when you take to the courts but it’s often overshadowed by other intricacies of the sport.

It can be oh-so-wonderfully-tempting to watch your opponent. From a base-level perspective, it makes sense to do so as well. You want to make sure that when you’re hitting the ball, you’re not simply directing it right back to where they’re standing. The best way to do so is by watching them, right?

OK, so it’s clearly necessary to be aware of where your opponent is moving on the court. However, if your eyes aren’t focused specifically on the ball itself, you’re going to find framed shots piling up thick and fast.

In the beginning, focus entirely on getting the ball over the net and worry less about directly competing. With time and practice, you’ll master the art of tracking where your opponent while simultaneously keeping the majority of your attention on the ball itself.

At that point, you’ll be finding that your peripheral vision will come in handy!

A great way to practice this is to use a tennis ball machine and set it to feed consistent balls to different areas of the court. Practice keeping your eye on the ball, which will be key for both knowing where to move and for making a good connection between the racket and the ball.

Mistake 2: Not Using Your Bodyweight

When you first pick up a racket, you may well find yourself swinging your arms around like a windmill to get balls over the net.

We get it. It’s fun to look a bit foolish at first. But when it comes down to it, this really isn’t the best way to go about properly hitting tennis balls.

That’s why it’s important to be aware of the ins and outs of bodyweight transfer when striking shots. Your arms are still going to be important and your wrists will help you generate spin. But learning how to drive through your shots with the rest of your body will help you gain easier power and control, while also reducing the chances of sustaining elbow and arm injuries.

Your chest and legs will be able to leverage off a lot of the pressure around your arms by injecting more pace into your shots. Your arms on their own can only do so much without feeling the impact!

Mistake 3: It’s Not All About Power

Alright, we know we were just telling you up above how to go about generating power by using your entire body to hit your shots… But sometimes, it’s not about that!

Again, this is an easy thing to forget, both as a junior and as a more experienced player. In the modern era of power-play, winner-centric tennis, you may well feel the draw of going for glory whenever you can sucking you in.

Resist, we say! Resist the pull of seeing your name up in lights after hitting what you envisage to be a glorious cross-court passing shot winner from way outside the tramlines. Because a lot of the time, it’s not going to turn out like that.

We say go for the percentage play of consistent cross-court rallies predominantly. Play it safe, especially in the early stages.

Baseline winners will come if you’re patient and wait for the perfect moment to strike, rather than going for scorcher after scorcher.

This one is somewhat similar to mistake number 2 in that it’s yet another case of players not realizing what’s important.

Tennis is filled with big serves and sweeping swings but if you aren’t moving your feet at all times during the point, you’re going to find yourself struggling for accuracy.

Keep yourself on your toes. Split-step every time your opponent hits the ball. Be ready to correct how your feet are positioned in case of a net chord or a dodgy baseline bounce. You may well find yourself needing to adjust your feet multiple times by way of minuscule movements while a rally is going on.

A few extra steps here or there can make all the difference. You either find yourself arriving at the ball on time to inflict a killer, put-away winner… Or you arrive late and find yourself hooking it back in play while on the defense…

You might find this one annoying to hear, especially if you’re an ultra-competitive person.

But honestly, it needs to be said as taking things too seriously often drives young players away from the sport before they’ve even had the chance to enjoy themselves. Don’t make the mistake that so many others do of giving up on tennis if you’re not feeling it the first few times you step on the court.

Tennis is easy to play until it’s not and when it’s not, it can be immensely frustrating and off-putting, especially if you’re consistently struggling with how to do things properly.

The important thing to keep in mind that in those early stages of learning how to play, there isn’t any “proper way” of doing things. Rather than trying to emulate Roger Federer’s perfect technique, focus instead on simply swinging away at the ball in whatever way feels best for you.

Find the fun that tennis offers so that you feel motivated to come back time and again.

Everything else can be fixed later.

Oh, and also! Don’t break your racket in anger unless you’re a professional who gets them all for free… Your bank account won’t thank you.

And those are our 5 key mistakes that tennis players often find themselves making!

We hope we’ve been able to help highlight a few areas that you might not have thought about before now. With any luck, when you next take to the court, you’ll have a greater sense of awareness when it comes to all aspects of hitting a tennis ball.