The Swedish are known for loving their sports and there really is nothing that they will not sit down and watch or try out. However, there are two sports that they enjoy more than anything and that is football and ice hockey. In the following article, we are going to take a closer look at these two fascinating sports and break down the difference in popularity between the two as well as betting on both. 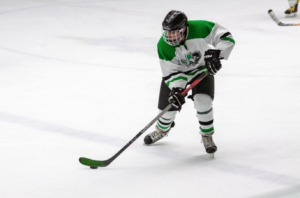 Which is More Popular and Why?

When it comes to popularity, there is no medal on offer for guessing which of these two sports is the most popular. Football is the most popular sport in the world, and it is no exception in Sweden. At the time of writing, according to stats from the International Ice Hockey Federation, there are around 74,000 registered ice hockey players in the country.

So, why is football more popular than ice hockey? Well, one of the main reasons is that football is a lot more accessible than other sports. You do not need to spend a lot of money on football equipment – all you need are some boots and a ball, and you can get going. However, when it comes to ice hockey, you will have to spend hundreds of dollars to kit yourself out properly. You will need to buy ice skates, an ice hockey stick, a helmet, and all the other necessary safety gear.

A Look at Attendance Numbers

Now since football is the most popular sport for people in Sweden to play, it will not come as much of a shock for you to hear that it is also the most attended. There are fifteen football clubs that play in the First Division in Sweden and Hammarby IF are the team that pull in the most fans, with an average of 22,000 people attending each match. Malmö FF are the second most supported team with an average of 18.3 thousand fans per game, while the average AIK match is attended by around 17.8 thousand people.

So, how do these numbers compare to Swedish ice hockey teams? Well, Frolunda Gothenburg are the most heavily supported ice hockey team in the country, with their matches pulling in an average attendance of 10,071 fans. Then you have the likes of Djurgarden Stockholm attracting 7,355 fans per match, Farjestad Karlstad attracting 7,231 fans per game, and Malmo Redhawks pullin in 6,888 fans per game.

Another reason why football might be more heavily supported is the fact that patrons feel they get more value for their money. A football match lasts for 90 minutes, while an ice hockey match lasts for just 60 minutes. People like to believe that they are getting value for their money, so paying less for a ticket and getting to watch more action of sport will sound a lot more worthwhile to many people. 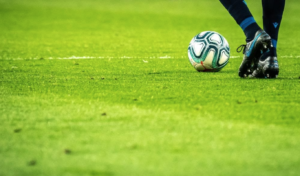 Betting on Both Sports

The Swedish love to watch and play a whole variety of sports, but there is something else that they love to do and that is bet on a variety of sports. Now, if we were to ask you to tell us which sport the Swedes love to bet on the most, you would probably take all that we just said above into the equation and tell us football. If you were to do so, then you would be 100% correct.

The Swedes are not the only ones that love to bet on football though – it is the most popular sport among sports betting fans across the world. What is it that makes betting on football such a popular pastime among sports bettors from Sweden? One of the main reasons is that all the best sports betting sites, such as the ones that can be found at bettingonlinesverige.se, offer a plethora of football betting markets. Think of something that can happen in a football match and you will probably have the option of betting on it.

Now, we are not saying that ice hockey does not have enough betting markets for you to choose from, but it definitely does not have as many as football does. This is nothing to be ashamed of though because there are not many sports out there that can compete with football when it comes to market variety. One sport that can compete is cricket, but this is not a popular sport in Sweden.

We are going to end this article by looking at women’s football and women’s ice hockey in Sweden. Once again, football leads the way when it comes to the number of female participants. Above we mentioned that from the 362,000 registered footballers in Sweden that 95,000 of them women. This is actually a lot more than we expected, and in a few years or so we would not be surprised to see that the number of registered female football players is a third of the total figure in the country.

Women’s football and women’s ice hockey will never catch up to men’s football and ice hockey when it comes to popularity. This is mostly because there is more quality and skill available in the male version of these sports. However, this is not us saying that women’s sport is not entertaining because that could not be any further from the truth.  We are also not saying that women cannot compete at an equal level in any sport as this is not true either – there are plenty of sports out there where male and female athletes can compete equally and keep us all highly entertained.