A Brief History Of The Melbourne Cup From 2000 To Today 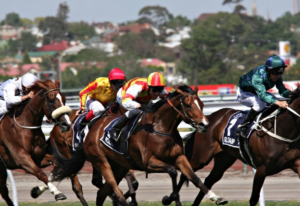 The Melbourne Cup is steeped in about as much history as the hallowed turf it is run on; The Victoria Racing Club who hosts it, and the Flemington Racecourse on which the 3,200-metre course is laid out. The first Melbourne Cup race in 1861 did not go so well as before the race had even started, one of the horses had already bolted, another three fell, and two others died. Frederick Standish must have thought that his dream of a premier Aussie horse racing event was scratched for good. However, with all the turmoil and the nation mourning the passing of explorers Burke and Wills, 4,000 people watched Archer pass the winning post first.

Things have come a long way since then and the prize money for the 2021 Lexus Melbourne Cup is more than AU$8 million with a trophy worth in the region of AU$150 000. This is a far cry from the £710 in cash and the £220 value of the gold watch that was awarded to the winners in the 1860’s. The recent history of the 160-year-old, richest “two-mile” handicap race on turf is just as exciting.

Continue reading below to learn a little more about the last twenty-one years of “the race that stops a nation”.

Power To The Fillys

There are not too many sports that have so clearly been a male-dominated environment than horse racing. In recent years though, great strides are being made towards gender equality in equestrian and horse racing events. Some of the world’s foremost breeders, jockeys, and trainers are now female. Take as an example Gai Waterhouse, the first Australian woman to train a winner for the Melbourne Cup. In 2013, Gai trained Fiorente, the winner over Red Cadeaux by three-quarters of a length.

Clare Lindop has pulled away from the field and is one of the most recognised women in Australia, and not just racing. In 2008, Clare became the first woman to win on AAMI Victoria Derby Day. She has seen the winner’s circle more than a thousand times over her career of two decades. As of 24 February 2017, Amanda Elliott became the first female chairperson of the Victoria Racing Club, making her one of the most important female figures in Australian sport.

A Look Back At Recent Melbourne Cup History

In the last decade, the Melbourne Cup has seen the arrival of many foreign-trained horses. The new “quality handicap” weighting system was the main reason foreigners were drawn to the race. In the 1910 Melbourne Cup, Comedy King became the first foreign-bred horse to win.

There was a Japanese invasion when in the 2006 Melbourne Cup, Delta Blues edged out fellow ‘country horse’, Pop Rock, by a nose. They were pretty obviously both from the land of the rising sun. Melbourne Cup winners in 2007 and 2008 were Efficient and Blake Shinn, respectively. In 2009, although considered to be an outsider before the start, Shocking lived up to its name and won the Cup.

However, it was Merci for Americain, the first French-trained horse to have its name immortalised on the winner’s list by winning the Sesquicentennial race in 2010. History repeated itself in 2011 with another French sprinter called Dunaden pipping Red Cadeaux in the closest-ever photo finish. The year 2013 was Gai’s, as she won her first ‘Loving Trophy’ with Fiorente before the immigrants were back in the winners’ stall with the 2014 winner, Protectionist, trained in Germany.

As mentioned before Michelle Payne shocked punters, not as much by becoming the first girl to win, but by winning on the 100/1 outsider Prince of Penzance. In 2016, Lloyd Williams won his fifth Melbourne Cup with Almandin and his sixth with Rekindling the following year. With Twilight Payment in 2020, he became the most successful Melbourne Cup owner in history. Vow And Declare was the first Australian-bred winner of the Melbourne Cup since Shocking in 2009. Twilight Payment became the fourth international winner in five years in 2020.

We know from last year’s experience that the Melbourne Cup will be very different from its traditional history. But that is what makes this year’s race that much more exciting. No matter what the odds, when the bets are down, there is fun to be had, and we’ll all be there, even if we are not ‘really there’, enjoying the magic of Melbourne Cup Day.