THE GREATEST MOMENTS IN OLYMPICS HISTORY

Every four years, new legacies grow, efforts pay off, feats are achieved and dreams
materialize. The Olympic stage has long been the gold standard of athletic glory, a
platform where distinct sports conspire to form arguably the greatest showdown of
skill, talent and dexterity.

There have been 52 Olympic Games held so far – 29 summer & 23 winter – since
the first one in Athens, 1896. Each of these have had a rich history of inspiring
achievements, gritty battles and controversial moments, all with their own substance.
These are tales of hope, struggle and sheer audacity. 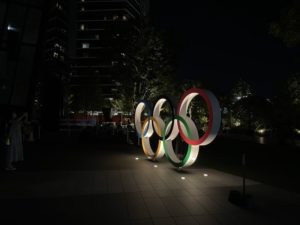 After his arduous solo 100-meter freestyle swim to Olympic glory, Eric Moussambani
emerged to the thunderous applause of the crowd. “It was their cheering that kept

me going,” he said. BBC Sport remarked: “Many watching would have been able to
swim the two lengths in half the time – but there was no denying Eric Moussambani
his moment of Olympic fame.”
The 22-year-old Equatorial Guinea swimmer had just seen an Olympic-sized pool for
the first time, training for just eight months previously. He swam alone when his two
other competitors were eliminated after false-starting and registered a timestamp
unworthy of Olympic records – 1.52.72. He entered the games via a scheme to help
those from developing nations and ended it by winning all hearts.

Never before and never again. Very few moments in history have been as deep
rooted in sheer audacity and defying circumstance as African-American athlete
Jesse Owen’s brilliant performances at Berlin’s grand Olympiastadion. Hitler’s Nazi
Germany viewed the games as the perfect platform to promote propaganda and the
ruling party’s flawed ideology of a ‘master race’, and what they got in return was
Owens show-off his athleticism and grit in an unwelcoming surrounding.
Owen would go on to win a four gold medal haul – the 100 meters, 200 meters, long
jump and 4×100 relay, over the span of seven brave days.

Redmond was on the end of an excruciating but heartwarming finish at the 400
meters semi-final sprint in Barcelona. The British runner tore his hamstring one-third
into the race but unfettered, he limped and dragged himself through. As his
competition buzzed past him, Redmond kept going to the cheer of fans and what
came next was inspirational to say the least.
Knowing his son couldn’t make it to the finish line, Redmond senior jumped the
stands past authorities and concerned officials to help him make it. The duo walked
their way to the finish, chiselling a story of heartbreak and determination for the
ages.

Canadian sailor Lemieux displayed unparalleled sportsmanship and great courage to
sacrifice a medal at the sailing event, by deviating his course to help the two-man
Singaporean team of Joseph Chan and Siew Shaw. With winds blowing at 35+
knots, the duo’s dinghy capsized and one of them started to drift away due to
currents. The experienced sailor risked his life, abandoned the race and managed to
rescue both, all before re-joining the fleet towards the finish line.
He ended in 22 th position from a possible podium finish but managed to win the
hearts of millions around the world. “I had to make a decision and once I realised the

dynamics of the problem there was no question. He’d have been lost at sea,”
Lemieux was quoted as saying by Financial Times.

Ethiopian runner Abebe Bikila was the first athlete in history to successfully defend
an Olympic marathon victory in world record time – first in 1960 and then in Tokyo
four years later. However, his run to the first medal was one of great strength,
character and perseverance, as he completed the marathon event without shoes
because his new ones gave him blisters.
The son of a shepherd managed to run barefoot on the burning cobblestones in the
heat of a Roman afternoon, registering a world record time of 2 hours 15 minutes
and 16.2 seconds. After finishing his sprint, the athlete said that he could have run
10-15 kilometres more.

As the world’s biggest sporting event, The Olympic Games draw the attention of
millions of spectators worldwide, many who consider betting on the various events.
SBO.net is one such resource where interested individuals can access a huge range
of bookmakers to refer to the variety of betting markets, recommendations to break
into the industry and advice on betting strategies. All possible sports across the
Olympics spectrum are covered, including external ones such as cricket, MMA and
eSports. Players, whether old or new, can also benefit from various rewards that
include instant pay outs, cashbacks, free bets and loyalty points.
The Games have long been a platform where extraordinary stories are written, with
each event owning a unique personality. The true nature of these mega-events are
only brought out when tales of courage, strength and character are shared with the
world.