The recent takeover on Newcastle United and indeed many other top football clubs over the years, has shone a spotlight on the super rich in sport.  Football has long been the playground of billionaires but more recently private equity funds and even sovereign wealth funds are getting involved.

We recently updated our article on the richest sports team owners, and it was fascinating to see the difference 2 years has made, the 15 richest team owners are now worth nearly $500 billion combined!  Nearly all are US billionaires who own mostly NFL teams, followed by NBA and MLB teams.

When it comes to soccer, things are quite different.  The super rich clubs are all European and the owners are a mix of US, Middle Easter, Russian and European. There are the 10 ten richest owners in football – 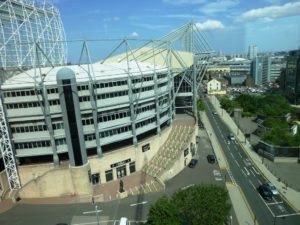 The sovereign wealth fund of Saudi Arabia purchased an 80 per cent stake in Newcastle United in October 2021, making the PIF the wealthiest owners in world football.  The PIF has financed 80 per cent of the bid from the Amanda Staveley-led consortium

The Public Investment Fund has made major investments in companies and projects around the world, including the United States, Russia, India, France and Brazil among others.  The Sovereign Wealth Fund is headed by Saudi Arabia’s crown prince Mohammed bin Salman.

In October 2011 Qatar Sports Investments bought French team Paris Saint-Germain.  QSI are a subsidiary of The Qatar Investment Authority Qatar’s sovereign wealth fund, which has an estimated $300 billion of assets.

The chairman of QIS is Nassel Al-Khalaifi who’s net worth is an estimated $8 billion, became the new president and chief executive officer of PSG in October 2011.   He is also the president of the Qatar Tennis Federation.

Austrian billionaire Dietrich Mateschitz has compiled an extensive portfolio of teams across a spread of different, most of which have the name of his company – Red Bull dashed on them

He is co-founder of the Red Bull energy drink company, and holds 49% of the company’s shares.  In football, his main concerns are Bundesliga side RB Leipzig, Austrian club Red Bull Salzburg and MLS side New York Red Bulls.

Mansour bin Zayed Al Nahyan, also known as Sheikh Mansour, is best known in a football context for his ownership of Premier League club Manchester City, but he also owns a number of other clubs through the City Football Group.

Andrea is an Italian businessman and chairman of Italian football super club Juventus F.C. The Agnelli family are the owners of Juventus, with Andrea Agnelli being the face of the family’s football enterprise.  Agnelli also served as Executive Member and Chairman of the European Club Association, and was appointed to the UEFA Executive Committee in 2015.

The industrialist family’s business interests are widely varied across the motor industry and football.  They are best known for producing Fiat, Ferrari, Alfa Romeo and other such brands.

Russian / Isreali businessman Roman Abramovich is famous for buying Premier League club Chelsea in 2003, he has invested heavily in the club over the year to turn them into a top tier European team.

He made his fortune in the oil and gas industries.

Tepper previously owned 5% of the Pittsburgh Steelers, but had to sell his shares when he bought The Carolina Panthers in 2018 for an NFL record of $2.275 billion.  He also owns the Charlotte FC in Major League Soccer

Tepper made his fortune through Appaloosa Management, a global hedge fund that he owns.

Anschutz is a pretty famous name in USA soccer, he was founding member of Major League Soccer, and owns the the most popular team in the league,  LA Galaxy.  In the past he also owned a number of other franchises in the league, including MetroStars, Chicago Fire and others.  Anschutz also owns the Los Angeles Kings

He made his billions when bought out his father’s drilling company, Circle A Drilling, in 1961 and earned large returns in Wyoming.

Kroenke made his billions from real estate before investing his money into all kinds of sports. He is the owner of Kroenke Sports & Entertainment, Denver Nuggets of the NBA, Colorado Avalanche of the NHL, Colorado Rapids of Major League Soccer, Colorado Mammoth of the National Lacrosse League and the most valuable asset, NFL team the Los Angeles Rams.